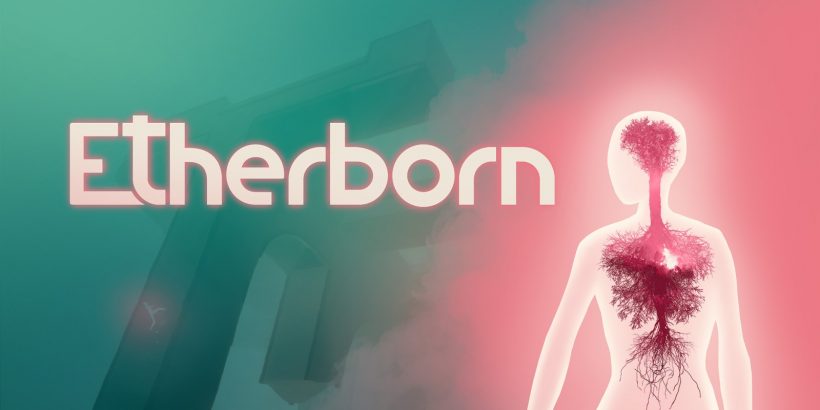 Etherborn is the first title from Spanish studio Altered Matter, and as far as debuts go, it’s certainly impressive. The game is a puzzle-platformer built around shifting gravity, and while the fundamental concept isn’t entirely new, the implementation is incredibly solid.

Requiring keen visual-spatial awareness, the game’s central mechanic is the ability to flip the direction of gravity by traversing curved platforms. Although the puzzles themselves rely only on simple lock-and-key patterns, the real challenge comes from navigating the meticulously-crafted spaces on offer in this world. Keeping the core mechanics simple means that the architecture of these spaces can be appreciated free from distraction; exploring them is relaxing and enjoyable, not to mention satisfying from a gameplay perspective.

This doesn’t mean that the level design is flawless. While Etherborn avoids many snares that similar puzzlers fall into such as crowded environments or hand-holding, in some of the larger levels, it occasionally feels like there’s no clear indication of what you should be doing next. This is something that can usually be overcome by some careful, intentional observation; there may be an environmental clue to point you in the right direction, although sometimes you’ll find yourself just wandering around. While this is perhaps more welcome than puzzles that are excessively straightforward, Etherborn doesn’t quite manage to strike that perfect balance.

On this note, the question of balance is something that came up a number of times in my playthrough. Rarely does Etherborn lean toward subtlety; there’s a very liberal and slightly distracting use of visual effects, for example, while the voice acting can occasionally seem a little overdramatic. While these areas may be a question of personal taste, occasionally these aesthetic choices have an effect on gameplay. For instance, while the automatic camera doesn’t hesitate to find the most impressive shots, unexpected shifts or awkward angles can make it difficult (or even deadly) to navigate certain spaces.

Similarly, the run movement feels almost sluggish; a decision made, perhaps, to prioritise aesthetic over how the game handles. Etherborn is undeniably gorgeous, but there’s a sense that the game knows how pretty it is. The fact that it doesn’t mind showing off a bit makes the game feel curiously alive, but possibly also a little arrogant.

While this can be somewhat distracting, it doesn’t change the fact that the game is clearly a work of art. The instrumental score is beautiful, while the various environments that you traverse are all similarly impressive. The tone darkens as you progress through the game, offering a sense of development to accompany the increasingly complex puzzles, and there is an abundance of detail to enjoy no matter where you look.

There is a story which ties Etherborn together, but this arguably contributes more to the atmosphere, rather than offering much in the way of narrative structure. The reason for this is that the narrative sections are delivered between puzzles which each require significant concentration, so the delivery does feel somewhat disjointed. Finding the connections between the narrative sections is a task made all the more challenging due to the story’s rather abstract nature.

Nevertheless, Etherborn is a great example of an environmental puzzler, and the challenge mode unlocked post-game creates enjoyable replayability. It’s an impressive debut from Altered Matter, and we’ll be watching this studio keenly for its future titles.

Not only is Etherborn a solid puzzle-platformer, it’s also a work of art. The inclusion of a challenge mode counteracts the relatively short length, so there’s replay value, too.