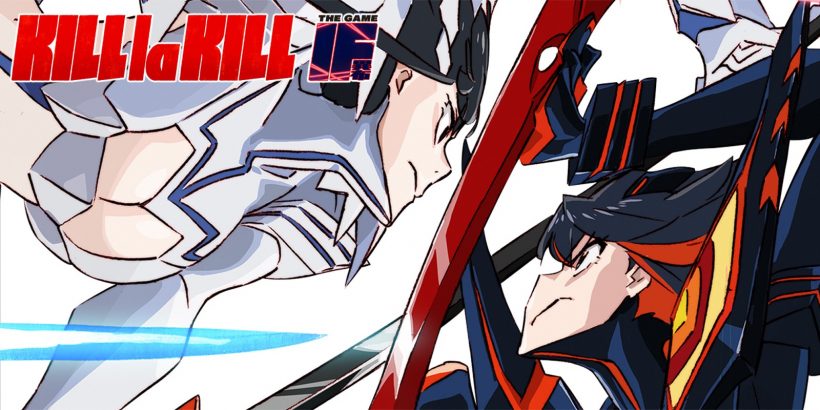 Video games based on animes tend to follow a quite strict formula: take everyone’s favourite characters, and put them into a 3D arena fighter. On the Nintendo Switch itself, we already have several games of this nature to choose from, such as Naruto Shippuden: Ultimate Ninja Storm Trilogy and My Hero One’s Justice.

While these can be appealing titles for fans of each respective series, they don’t often offer the same depth as a traditional 2D fighting game. That said, they do allow fans to re-live (and participate in) the most iconic moments from each franchise. That’s pretty much the case with Kill la Kill – IF, a game that may have some appeal, IF you’re a fan.

Kill la Kill – IF kicks off on a very high note. The original anime is an action-packed adventure with a very stylised presentation – and its own doses of sexualised characters – and that’s exactly what IF delivers when you first start the campaign. Divided into two parts, said campaign involves following similar events from the standpoint of the two main characters: Matoi Ryuko and Kiryuin Satsuki.

Instead of recreating the original animation, IF chooses to present a kind of ‘what if?’ storyline, whereby pivotal events in the anime have slightly different outcomes. The result has both positives and negatives. For the fans, it’s a good thing to be able to witness something new and fresh. However, IF doesn’t do a good job of presenting Kill la Kill to newcomers. It quickly throws you into the middle of the action, with no explanation as to who the characters are or how the universe works. The campaign is also very brief, only taking between four and five hours to complete. You’ll likely spend more time watching the anime cutscenes than playing yourself.

Even for a 3D arena fighter, IF’s combat system is unfortunately extremely simplistic, offering little more than three combat options while fighting. Close and ranged attacks can be used to perform combos and increase your special meter potential (which can then be used to perform special attacks), and you can also activate a ‘breaker movement’. There’s a kind of rock-paper-scissors system between all these options, but IF doesn’t really offer any additional depth than that. The way in which special moves are performed is flashy, and pays tribute to the anime, but they aren’t impressive for long.

In terms of visuals, though, developer A+ Games maintains the high quality of other titles published and developed by IF‘s publisher, Arc System Works. You will watch the most iconic characters from Kill la Kill recreated in a cell-shaded anime style, closely resembling the work done in titles such as Dragon Ball FighterZ. During both gameplay and story cutscenes, IF looks as if it’s the game that every Kill la Kill fan has been waiting for. Unfortunately, as discussed, other elements of the game don’t keep to that same high standard.

Kill la Kill – IF only has a total of eight playable fighters from the show. With additional survival and versus modes, Kill la Kill – IF may deliver enough fan service for those interested. However, just like the original anime, its full package is more about style than substance.

At a first glance, Kill la Kill – IF manages to deliver an impressive-looking representation of the anime it’s inspired by. Unfortunately, it doesn’t offer much more than fan service, due to lacklustre gameplay and barebones content.