Guess what Switch Players? It’s nearly the weekend, so the only thing to do is click on our new Friday feature: Something for the Weekend. An article that gives you a not-so-subtle nudge at what game you should be checking out for the next two days of freedom before returning to work on Monday.

This week, that game is from widely-acclaimed video game developer and composer, Toby Fox. From his name alone, perhaps you’ve guessed it; the game is, of course, Undertale.

Undertale is a delightful JRPG spanning half of the length of a regular JRPG, making the full story completely playable in a few hours. Or, if you’re like us and want to see absolutely everything that Undertale has to offer, a couple of days at most. Hence, you can definitely blast through and enjoy the game this weekend. 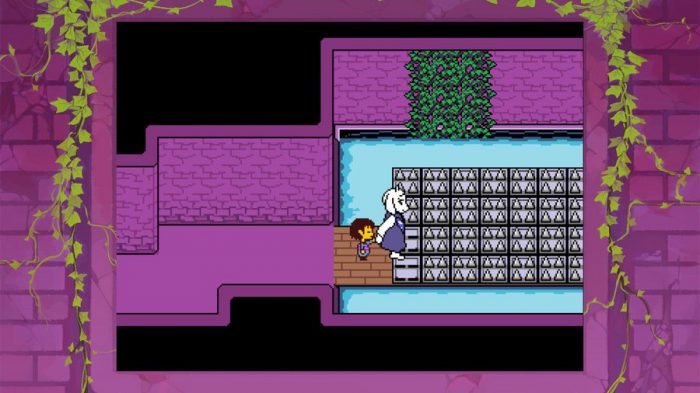 Undertale starts with a quick introduction to the history between humans and monsters, and how a great war ensued between the two factions. The war ended with the monsters being forced underground by the humans, and their society was splintered in the process. A tragic start, to be sure.

Your role? The Human that’s tumbled into the world of monsters. The Human doesn’t talk in the same way that the monsters do, which often lets your own personality shine through via the interactions you have with the NPCs you come across. Many of these NPCs may take you by surprise as, well, describing them as quirky is simply an injustice. But what they all have is a lot of personality, and will make your time underground both fun and memorable.

Did I also mention that you can pet several dogs in the game? I didn’t? Well you can, which already makes it a game that should have your attention. All dogs deserve to be told that they’re good boys and girls, after all. 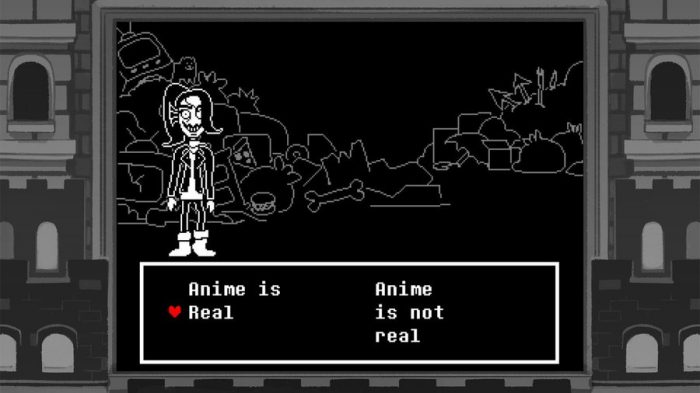 Undertale’s gameplay is possibly one of the most thrilling experiences you can have in this sort of genre. Combat sees you controlling the Human’s ‘soul’ (a.k.a. the red heart), moving it around to avoid enemy attacks; these can be brutal to avoid, depending on what sort of enemies you’re battling against. It isn’t just bullets you’ve got to avoid either, as you’ll also have to dodge swords, bombs and, oddly, frogs.

The game’s art style is very hard not to like, despite looking simplistic and/or basic in comparison to the triple-A video games out there that you can get on the Switch. What it lacks in graphical appeal, is more than made up for by its phenomenal story. Don’t knock it until you try it.

When Undertale first released, regular Switch Player contributor Alan Wen gave it a 5/5 – and it’s not hard to see why. Alan said of Undertale that it:

is a perfect fit on the Switch, all the more so given how the game’s eccentricities are so reminiscent of classic SNES JRPG Earthbound. If you haven’t already fallen in love with Undertale before, now is the perfect time to get to know all the denizens of the Underground.

We couldn’t agree more. So why not give Undertale a try this weekend?