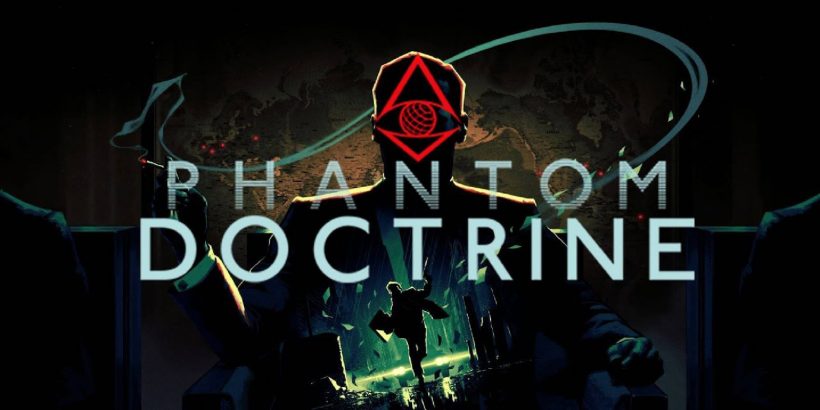 From Polish developer CreativeForge comes Phantom Doctrine, a “Cold War conspiracy thriller” that puts you in control of either an ex-CIA or ex-KGB agent, heading a base stuck in a cat and mouse game against a shadowy organisation known as ‘The Beholder Initiative’. As an XCOM-inspired addition to the Switch library it’s certainly welcome, but given the superior versions that it has been ported from, it is necessary?

After going through an extensive character creation section that allows you to personalise your chosen spy alias to ridiculous effect, Phantom Doctrine throws you into control of a rather extensive espionage operation, at the height of the historic Cold War period. The character I went with was ‘Richie Dangleton’, a sleek, cool cat with a point to prove out on the field. Did this make the slightest bit of difference to the story? No. Did I still spend a Skyrim or Fallout level amount of time fiddling with my creation? No comment.

After fighting on the field you are then taken to your agents’ base, where you can assign tasks such as analytics jobs, crafting, infirmary tasks and more. You also can customise all of your different characters, and their weapons and abilities, before assembling a tight-knit team to combat the enemy across varying locations. Heading up the group of misfits, Dangleton, with his jet black turtle neck and bleached-blond hair, was far from inconspicuous in the line of duty, but perhaps that’s what he wanted you to think…

PVC trousers and oversized fedoras aside, the game racks up an almost 40-hour campaign across its myriad of branching, immersive strategy gameplay elements. Between field operations, clue hunting, managing and arming your staff across a dynamic map, and even brainwashing/dismissing rogue agents, there’s plenty for fans of the genre to get stuck into. It also features multiple difficulties, and even an extended mode of the game for a second play through, and even an iron man mode for those who want to challenge themselves and perhaps try handling situations a little differently than before.

The core gameplay of Phantom Doctrine is a turn-based strategy game, that sees you controlling not just your own character, but a range of others (some that can even turn out to be spies) in order to carry out various extraction and takeout missions. As with most games of this ilk, there are a range of different ways you can go about each mission, either jumping in ‘all guns blazing’ or opting for the more relaxed approach, stealthlily incapacitating civilians as you go to ensure that alarms aren’t raised.

Phantom Doctrine’s performance on Switch in cut scenes and such is ropey and stuttery, which was a worry, but the gameplay itself is absolutely fine and so the port isn’t impacted where it counts. It is worth saying though that the game suffers a bit from being downscaled, and it can be a little difficult to see what’s going on during gameplay in some instances. Given the vast amount of content, and the menus/strategy involved, it brings into question whether this is a game you can feasibly get immersed in whilst going over speedbumps on the bus while on your way to work.

Phantom Doctrine is a game with a great theme, and brilliant depth in terms of its gameplay and customisation, but it might not be worth playing on the Switch if you have the option of other platforms. For fans of the genre wanting to take something on the go, it’s a port that works well enough when you get down to brass tax, but it’s also clunky to the point where it has an impact on the experience, particularly when comparing it to the much smoother PC counterpart.

Phantom Doctrine is an extensive espionage strategy game, with a ton of features and gameplay elements to get stuck into, but its downgrades for the Switch port make the experience – while not unplayable – jarring and awkward at times. Unless you’re set on playing this one on the go, it’s likely better experienced with a mouse and keyboard.