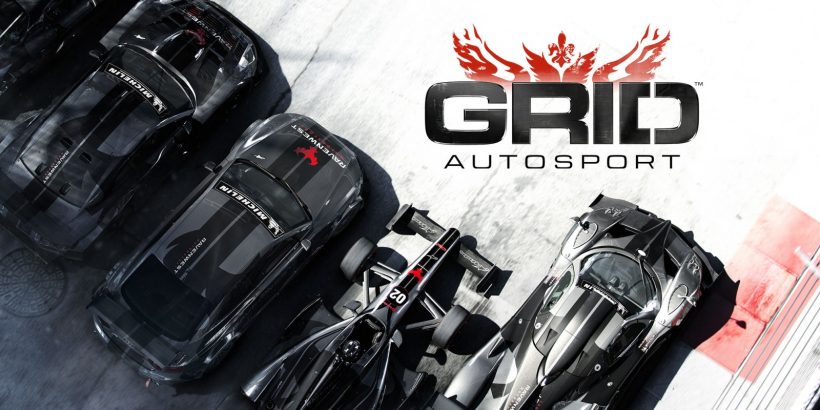 2019 could be considered the ‘Year of the Port.’ Be it a retro-inspired classic, a mobile iteration or a current generation title, there has been a steady influx of games good, bad and ugly throughout the year. Codemasters and Feral Interactive have joined the race for port supremacy with GRID Autosport. First released on PC, PS3 and Xbox 360 in 2014, it has since been ported to iOS and provided as a backward compatible game for Xbox One. It is only natural then that it makes an appearance on the Nintendo Switch. Advertised as ‘the first full-on racing simulator for the Nintendo Switch’, hopes were high after its initial announcement – with good reason.

GRID Autosport is a masterclass. If ever there was a game to showcase exactly how it is done, this is it. Identifying a gap, or gaping hole, in the eShop market for a proper racing simulator, Feral Interactive have provided Switch fans with a reason to celebrate again.

‘Engineered to deliver an irresistible mix of high-speed thrills and believable handling’ is the powerful statement adorning the eShop listing for this digital release and deliver it does. With five racing disciplines to master, three graphic options to experience and a wealth of customisable driving aids and difficulty settings, this is exactly what was needed and then some.

Most noteworthy amongst the plethora of positives that GRID Autosport provides is the graphical fidelity. It looks stunning, even before downloading the optional graphics pack to enhance it further. The cars are detailed and polished, the tracks inviting and full of life. To experience a game as beautiful as this one is yet more proof that the Switch packs a punch when the right parameters are met. Accessible via the in-game menu, there is a seamless transition from optimal graphics to performance-based visuals. There is a notable difference between the three, although seemingly more so with the backdrops rather than the on-screen action.

To compliment the beauty on-screen, there is an extensive array of game modes to experience in all their glory. Time trials, quick races and customisable cups make obligatory appearances here, but the majority of the praise is reserved for the Career Mode. Focused around the five vastly different disciplines: Touring, Endurance, Open Wheel, Tuner, and Street, you begin each season by selecting a particular racing style and choosing a contract for the competition. Winning races in the chosen discipline’s gains XP, as does meeting specific objectives related to your contract with a company. As each season finishes, your XP is totalled and added to all previous experience points in that discipline.

What is particularly engaging about the Career Mode is that the player is in control. Gone are the days where you are forced to buy a specific car for a particular class. The choice is yours. Want to spend three consecutive seasons racing open wheel? Go ahead. This is a breath of fresh air and ensures that engagement remains high over the course of the players time with GRID Autosport.

Whilst it may be visually pleasing and packed with content, the racing action itself is paramount to the success of GRID Autosport. Each racing discipline handles exceptionally well, providing a level of realism and detail to the proceedings that many will not have anticipated. As well as that, the cars within each discipline are also well-presented and they have a unique feel to them that is representative of its quality. The handling is excellent and so too are the AI racers. The races are organic and unpredictable, providing an intense racing experience from the moment the light turns green.

If the intensity is too much, or in some cases, too little, there are a number of different options available to tailor the experience to suit the player. In addition to being able to adjust many aspects of the car itself, there is ample opportunity to alter the difficulty settings by changing the drag transmission, traction control, ABS and stability control. It took awhile to get it just right, but it is testament to Feral Games and Codemasters that these tweaks have such an impact on the experience.

No game is without its faults, and GRID Autosport is no exception. The lack of online multiplayer at launch is disappointing. Although it is coming, there is the potential that this omission could hinder its early sales. It will prove to be a very welcome feature if done correctly though. Equally as disappointing is the in-car camera view as the glitz and glam of the car on the outside is definitely not replicated inside. The cockpit view is a staple for racing fans and deserved better.

The title of ‘Best Racing Simulator’ on the Nintendo Switch goes to…GRID Autosport. Codemasters and Feral Games have done the unthinkable and provided a rich racing package at a very reasonable price. It’s a must-have for Switch owners.

GRID Autosport is by far the most engaging racer on the Nintendo Switch since Mario Kart 8 Deluxe. More importantly though, it is one of the most enjoyable racing experiences offered in recent years.