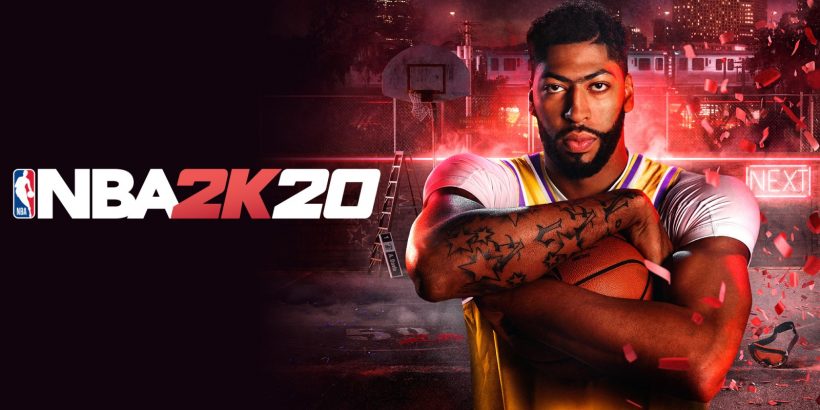 And so, around two and a half years into its lifespan, the Switch has a third entry in the mainline NBA series in its library – the Playgrounds games notwithstanding. You’ve got to hand it to 2K – while their sole WWE effort on Switch was the absolutely unacceptable and diabolically broken WWE 2K18, they have at least succeeded in continuing to bring licenced basketball games to the system. But while the company have rightfully received heaps of abuse for that lack of effort, they’ve also come under fire in recent years for the excessive use of microtransactions, basically exposing kids to gambling and often ending in unsuspecting parents’ and grandparents’ bank accounts being rinsed.

Fortunately, there’s a lot to do in NBA 2K20 without the need for pumping any additional money into the microtransactions. You can jump in to a match straight away, or you can create your own leagues by amending the teams involved or simply going with the existing NBA franchises for as realistic a simulation as possible. You can play local multiplayer or go online, you can update the rosters and you can even start things off by picking up the excitement of the NBA Play-Offs from the off. Alternatively, you can create your own rookie player and take him from the streets to the big time, much like the Be a Pro mode in FIFA. This year, the women of the WNBA are included too, so it’s the deepest roster of players ever seen on a basketball game.

It’s irrefutable – of all the sports games out there, it’s the NBA games which do the most to go out of their way to deliver an experience that makes you feel like you’re watching a real game on the TV. From pre-match punditry featuring the voices and likenesses of basketball legends like Shaq and Kobe Bryant, to interviews with the players themselves and breakdowns and analysis of the action during the half-time break, every match is presented like a real-life experience, and that certainly would get any player pumped up. There are soap opera-like cutscenes, and an out-of-place appearance of Idris Elba as a coach turned a grin.

But that pump is likely to subside when getting to the nitty-gritty of the actual basketball action. This feels like the same gameplay we experienced in the Wii U’s NBA 2K13, where even if you take in the tutorial, keeping the opposition out is a nightmare. No matter how you position your controlled player, the opposition always seem to nail an inch-perfect pass to a teammate in acres of space. Using X to block shots rarely works if ever, and the accuracy with which the computer can nail perfect three-pointers even when you feel you’re putting them under pressure is infuriating.

Things just aren’t easy to get into at all if you’re a novice player or new to basketball. You are meant to feel for a tiny signal from the HD Rumble to know the perfect time to shoot, but the over-reliance on that is a pain in the butt. There’s no reason whatsoever why you shouldn’t be able to just tap a button to slam-dunk when you’re directly under the rim with nobody within six feet of you, but the game doesn’t want you to do that. You’ll quickly fall ten, twenty points behind and feel you could have done nothing to stop it, and new players don’t want to be putting weeks of practice into a sports game before they can come close to winning – it’s naturally a complete turn-off.

Experienced NBA players will have a better experience – but we all know this is a title which will be half the price or even less in around eight months’ time. That’s the time you should pick it up.

NBA 2K20 is impressive off the court – the soap opera elements of the story mode notwithstanding – but the on-the-court experience takes the fun out of basketball. Wait for a price drop.