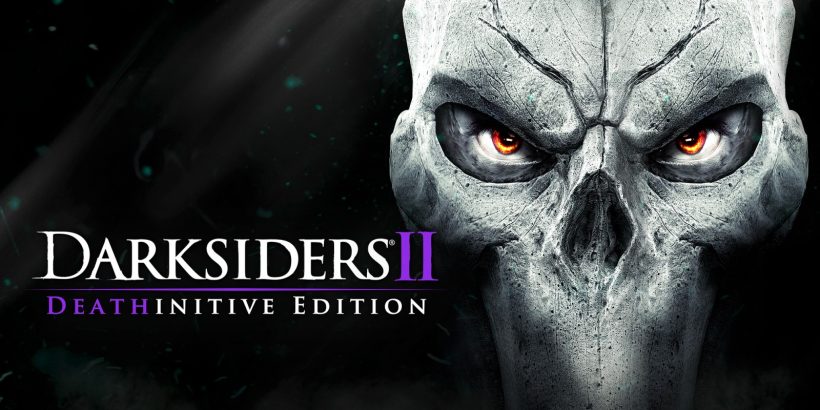 Regardless of whether it be for the purest intentions or merely – potentially cynically – just a cash-grab, the Nintendo Switch appears to have become a safe haven for all ports alike. Potentially one of the biggest culprits in providing such games, THQ Nordic seems content in adding to this ever-growing list and continue to do so with Darksiders II Deathinitive Edition. For a title that stars Death as its primary protagonist, it’s ironic that this is the seventh platform to have the reaper visit and, impressively, it still lives. There may be life left in this yet, then.

Running parallel to the first Darksiders game, Darksiders II features the story of Death, one of the Four Horsemen of the Apocalypse, set out to clear the name of his brother, War, who has been wrongly accused of ending humanity. Although playing Darksiders isn’t necessary to understanding the plot, its beneficial to both the story at large and player enjoyment to understand the two individual stories, and how they’re intrinsically woven together in such a cohesive manner.

Darksiders II, like its predecessor, is a blend of various genres, specifically action-adventure with RPG elements, topped off with hack and slash tendencies. Whilst it executes this amalgamation with varying degrees of success, it builds upon the foundations provided within War’s run and fleshes them out considerably.

The awfully, albeit aptly, named Deathinitive Edition comes with all the DLC found available in the original, as well as the various quality of life tweaks, including many supposed graphical improvements throughout the adventure. Whilst the former addition is certainly a hefty one – adding The Abyssal Forge, Argul’s Tomb and The Demon Lord Belial post-launch content packs – the latter of the claims is where things become complicated.

Admittedly, yes, the game does have the potential at points to look more impressive than the original launch, although it obviously doesn’t compare favourably when placed alongside the PlayStation 4 and Xbox One ports. Regardless, in the more enclosed spaces, Darksiders II runs like an absolute beaut, bringing both gorgeous, highly-stylised visuals alongside a rock-solid frame-rate to the forefront of the gaming experience.

The larger open areas found copiously littered throughout the world, however, tell an alternate technical tale. Here, the ideally-lavish environments play havoc to the frame-rate, often causing them to drop to a visible crawl for extended periods of time. Downscaling is also utilised throughout, with the implementation being so severe that even the more graphically-forgiving will be taken back aghast. Hyperbole, this is not; it really can get that bad.

Should you only be taking both the content and enjoyment into consideration, Darksiders II Deathinitive Edition is undoubtedly the better of the two Darksiders titles readily available on the Switch. Larger, lore-abundant fantasy environments are present for your perusal, with an epic, ever-constant soundtrack narrating your adventure through whimsical melodies alone. As highlighted, however, the moments where your adventure has the potential to feel most grand is where it also has the potential to falter, and in doing so takes all the accumulated grandeur out of a moment in one fell swoop.

The execution as a whole is, as you’d expect from a story that features Death, wonderful. Consistency is key, however, and that’s where the readily available Darksiders Warmastered Edition provides the more balanced package overall.

Should it not have been for the unfortunate technical issues found in the larger areas, Darksiders II would have been an easy recommendation on the Switch. Unfortunately, should you still want to experience this grand adventure, it’s best done elsewhere.