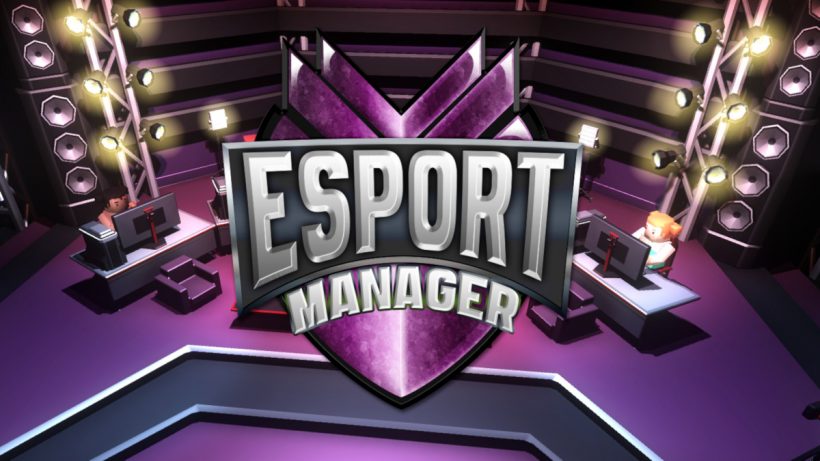 ESport Manager is a part-sim, part-strategy game in the same vein as Football Manager, that puts you in control as the manager of your own Esports team. It’s a decent premise, but it fails to deliver anything worthwhile.

The game offers two modes: managing an Esports team that plays a FPS, and one that plays a MOBA. Your time is split between day to day operations and matches, and you’re responsible for keeping your players in order by managing their sleep, fitness, and sponsorships. This is all prep-work, done to buy more perks and train up a better team, and it culminates in playing a game of your chosen sport against an opposing squad.

Taking care of your team and players in ESport Manager pretty much consists of clicking a button when a bar gets low. Beneath the occasionally poorly translated menus, your actions don’t really seem to change anything, and the management barely interacts with the matches you play. Spending time developing a sniper player in the FPS game is a good example; the game still has the player walk up to within point-blank range of an enemy, just now they shoot less and die more.  This disconnect is typical of the tasks you can perform training your players.

Purchasing perks and looking after players can help you out in matches, however, the matches themselves are far too easily exploited. The strategy is shallow, even when compared with a 10-year-old edition of Football Manager. You can watch or simulate each game played; simulating it will just compare your team’s current stats to the opposing team, whereas watching the match unfold allows you to change your players’ tactics as the game progresses. This allows you to react to the enemy, and usually, the AI is comically easily. It makes the rest of the game irrelevant to progression.

Throughout each match, upgrades need to be purchased to get ahead, and this is done automatically. You don’t even have to be aware of this apparently very important mechanic, since it essentially happens behind the scenes. This complete lack of depth makes any game that you handle yourself an easy result, in spite of the mechanics.

Additionally, even if you overlook these pointless features, ESport Manager doesn’t handle well. Pop-ups appear that can’t be closed down, menus become completely unresponsive, and you can even encounter a bug within your first match that renders the game useless until you reset. These issues happen far too often to be ignored.

Simulation and strategy games can transfer fantastically from PC to Switch. The touchscreen allows games that are rage-inducing on a controller to become a delight in handheld mode. ESport Manager wastes all potential for a clean port from mouse and keyboard, and there is no touchscreen functionality. Even more baffling is the lack of B button functionality. You have to click ‘No’ or ‘Close’ on everything. You can use the trigger and shoulder buttons to change your view and switch between items, A to confirm, and the D-Pad moves up and down over options. That’s it. ESport Manager fails dramatically to take advantage of both Switch-specific hardware, and the basic inputs on every console.

Overall, ESport Manager is lacking the depth or sophistication that you would find in any other sports strategy game. It feels like a poorly planned and poorly executed cash-in.

ESport Manager takes a good premise and manages to present a game with little to no redeeming qualities. You won’t find responsive gameplay, ease of use, rewarding strategy, or anything invoking the culture of Esports in this title.