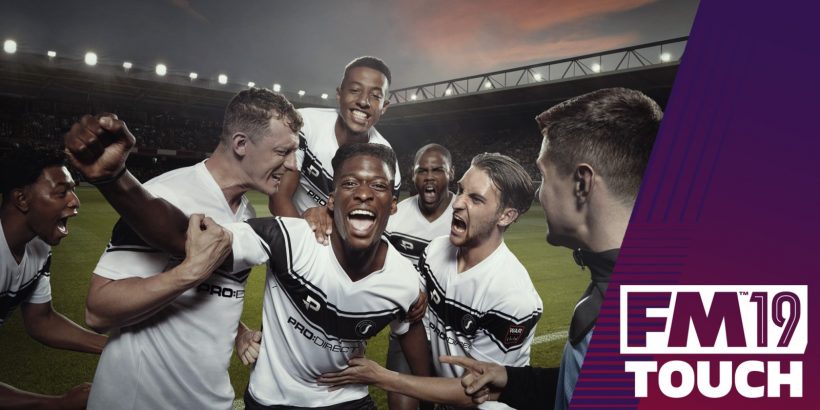 There’s nothing quite like the feeling of taking your team from non-League obscurity to the Champions League Final.

That’s long been the aim of the game in the Championship / Football Manager series, where the fun is in picking the little teams and turning their fortunes around. Football Manager 2019 Touch is the second entry in the series on a Nintendo system following the maiden 2018 effort on Switch. The series is considered a big name and a big deal these days as far as football games go, but is this Touch edition up to scratch?

In short, this is a streamlined version of the Football Manager experience that has been adapted for handheld devices. The cursor from the more well-known PC versions of the game is still present here and can be operated with the control stick as expected, but this title is best in handheld mode so you can use the touch screen. Even so, the placement of buttons on the touch screen is odd, with the crucial ‘next’ button which advances you through your fixture calendar and all of your managerial duties is cramped up in the top-right corner. It’s not big or easy to touch, and none of the other buttons are particularly receptive either.

The thing is, no matter the intricate detail that you tinker with her, whether it be sending out scouts to run the rule over potential new signings or figuring out training plans to keep your star players in tip-top condition, it always feels like something FIFA can do as well. The FIFA series’ progression in recent years has seen it become the undeniably juggernaut of all things football gaming, and the uber-control which was Football Manager’s USP for so long is now something that comes as standard in the games which want to offer an authentic football experience.

Not being able to actually play the matches is something that will always work in FIFA’s favour when compared to Football Manager. Here, the key moments in games are played out in 3D on screen in the FIFA style, but the graphics are so painfully simplistic that it’s quite cringeworthy to watch. You can design your manager too (though it has zero effect on the gameplay experience), but again the visuals are dreadfully low-res. Fortunately the 2D match view is still available.

What Football Manager does have in its favour are its licenses and database – you’ll be playing with the real players here, so you’ll know who’s who if you’re into your football.

Like last year, Football Manager 2019 Touch appeared on Switch suddenly and with no hype – if you got it last year, there’s not much reason to upgrade.

Football Manager 2019 Touch lets you take any team as high up the league ladder as you can – but it’s clunky and rough around the edges on Switch. FIFA is the preferred option.