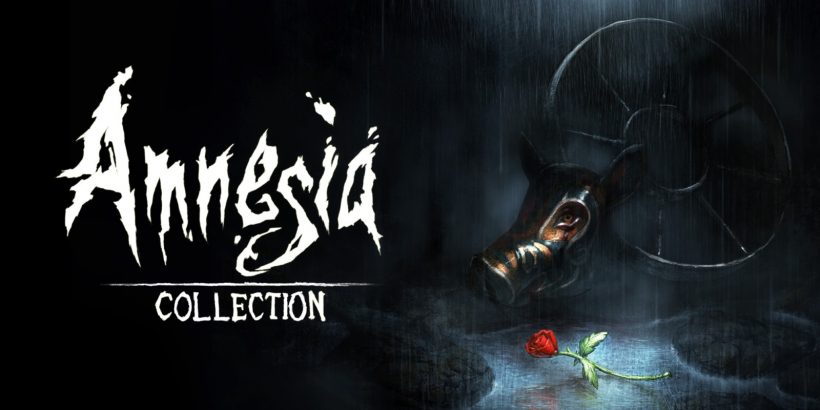 Back in 2010, Amnesia: The Dark Descent helped to reshape the horror genre in video games. Its release didn’t just appease those who play games, but also was a huge streaming sensation, paving the way for other games in the genre to also generate buzz via streamers. Now the game has finally made its way to the Switch, along with its expansion Justine, and its sequel A Machine for Pigs.

The story of these games all follow a similar arc. You awaken, confused as to where you are and what is happening, and must find your way through a creepy dark mansion or castle to find out what is happening. In The Dark Descent, you pick up letters along the way, presumably written by you, tasking you with killing a man you know nothing about. The expansion Justine has you playing as a female protagonist, where you can complete puzzles to free prisoners as you progress. You can also walk away from these puzzles, but the prisoners will die if you do so.

A Machine for Pigs has you awaken from a caged bed, your children missing, though the sounds of them playing in the halls rings through your mind. As you follow their sounds, a phone call reveals that they are actually trapped, and you must activate a machine to free them. Each of these stories contains many twists and turns, and succeed in creating intrigue and building a narrative worth seeing through to the end.

Each game is first-person, having you explore the environment, interacting with objects, and completing puzzles to progress, though there are quite a few differences between the main games. In The Dark Descent, you have an inventory system to manage your items, must use healing items to restore your health, and use light sources to keep your sanity. Creepy humanoid creatures will constantly hunt you down, and with no way to fight back, you are forced to run and hide.

A Machine for Pigs does away with the inventory, meaning that most of the puzzles are all environmental-based, as opposed to item-based, and health is now restored over time. The sanity mechanic is also gone, which is a blessing as it became tedious after a few hours. Also, where The Dark Descent hides its linear storytelling areas that seem open to explore, A Machine for Pigs is just a straight-up linear environment. This makes for a shorter experience, but it’s also much tighter story-wise.

The sound design is excellent in these games, helping to generate genuine horror moments that will make anyone jump. They do have their share of jump-scares, but there are also plenty of moments of terror that are well earned. Visually, the game is clearly dated. That said, as the visuals are so dark, and the sound design so terrifying, it makes it much easier to overlook the dated graphics.

Unfortunately, the Switch experience isn’t as solid as one would hope. Frame dips are a common occurrence, which does distract from the experience. Turning the camera seems to mess with the lighting at times, having rooms appear fully lit for a second before snapping back into complete darkness. These issues do make for a lesser experience than other platforms, but are by no means game-breaking. Although the Switch may not be the optimal platform for these games, if you have no other choice and want to experience Amnesia, then you can’t go wrong picking up this collection.

Amnesia is a horror classic that has lost a little of its bite over the years, but can still provide some genuine scares. Performance issues do bring this version down, but the games are still worth experiencing for new players.