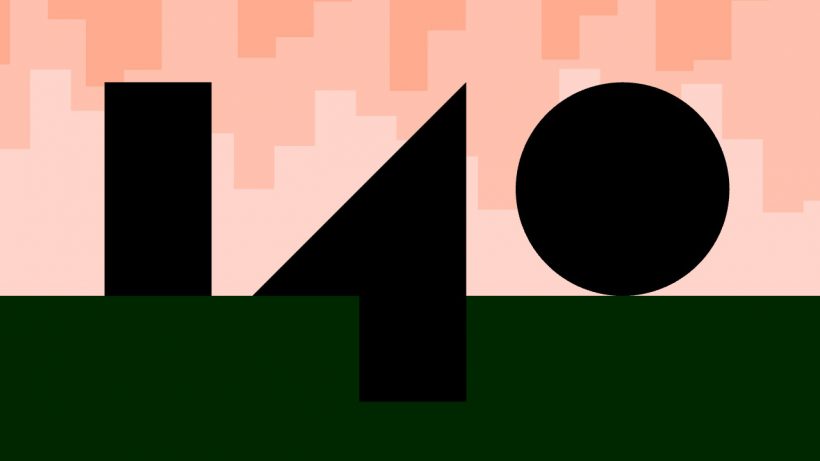 If you’ve played LIMBO, a certain dark and despairing aesthetic quickly comes to mind. So it’s interesting to note that 140 – a colourful, upbeat game – was created by LIMBO’s lead gameplay developer Jeppe Carlsen during his downtime as he worked on the aforementioned title.

140 is the purest version of a rhythm-based platformer that you can imagine. The player controls a geometric shape as it travels through shifting two-dimensional levels, each culminating in a boss fight that ranges from the traditional shoot-to-kill variety to those that require a little more thought processing. And being a rhythmic experience, this gameplay is synced to a wonderful soundtrack, testing the player’s rhythm and reactions.

However, when the game first loads, it’s hard to believe that such richness lies ahead. After all, you begin your journey in a greyscale world. No helpful instructions, no obvious UI, no catchy music. As you begin to move around, you discover that your shape changes as you perform different actions – important design decisions when navigating such stark environments. Soon you locate the game’s level selector: a row of small balls that successively drop to a reachable height as the player completes each level – a neat zero-UI solution.

The levels themselves are ever-shifting, fluctuating in time with soundtracks that build as the player progresses towards the end. Learning each level’s particular rhythm and how that relates to the dynamic environment was especially enjoyable and required perfect timing. Thankfully, the game’s controls are highly responsive and during the initial phases of play, with each level replete with checkpoints, deaths are not overly frustrating.

Of course, from the highly praised Crypt of the NecroDancer to the perennial favourite Just Dance, the Nintendo Switch boasts a healthy array of rhythm-based games. So what makes 140 different? Simply put, the magic of the title lies in the game’s purity. From the vibrant levels and restrained colour use to the lack of UI and tutorials, 140 is a masterclass in how to design an engaging and enjoyable rhythmic platformer; a title that will excite gamers, graphics designers, composers and game developers alike.  After all, creating the purest version of something is often the most difficult thing to do well. In addition, the game’s music (available both on vinyl and through digital means) deserves a special mention, having received critical acclaim when the game was originally released in 2013.

140 does have a couple of downsides, but like its design, they are minimal. For example, during the basic levels, there is no way to quit to the main level-select screen without restarting the game or completing said level. Plus, the basic levels can be completed in under an hour. However, completing the game unlocks a hardcore stage in which players must complete mirrored versions of the original levels in just one life – a strangely compulsive mode that saw me playing long after I had beaten the final boss.

But in summary, 140 is a joy to play. Occasionally, a game comes along that so perfectly epitomises a genre that its name becomes synonymous with the genre itself. For example, when talking about a new battle royale, we may describe it as ‘like Fortnite’ rather than attempting to explain the game’s mechanics. And while this title might not reach those ranks of mainstream fame, game developers looking to design a rhythm-based game would certainly be wise to spend some time with 140.

140 is a rhythm-based platformer in which the player controls a geometric shape as it travels through two-dimensional levels that shift in time to the underlying soundtrack. A joy to play, the game is a masterclass in rhythm-based game design.