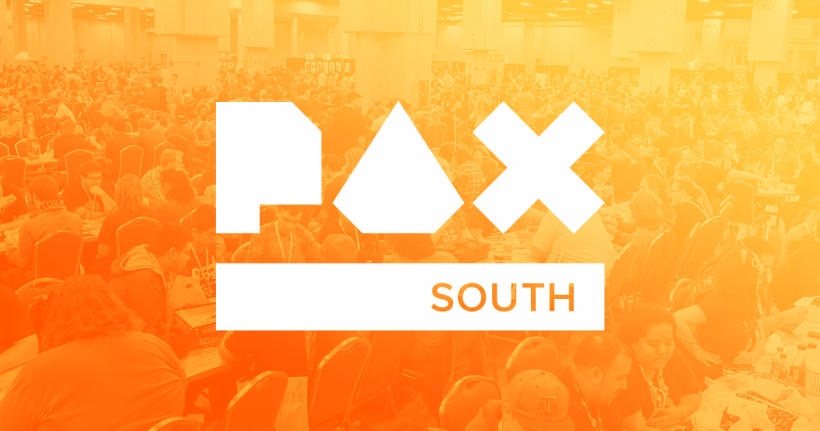 This was the inaugural year for the LatinX Lounge at PAX South. As a way for under-represented indie developers from various Latin American countries to show off their titles, it proved to be a great success. It offered the opportunity to shine the spotlight on some up-and-coming studios that could have gotten lost in the weeds, but also allowed for some really special experiences to get a breath of fresh air as well. I was able to go hands-on with a couple of these games and spent some time watching others play when the lines were too long to even have a chance to grab a controller. Here is a brief synopsis of who was present and what they showcased:

Greak: Memories of Azur from Navegante Games is a 2D, side-scrolling, action-platformer. Based in Mexico, the team has crafted a world featuring hand-drawn animation that looks stellar. It is hard to place a finger on what it reminds me of, specifically, but the tiniest of inspirations here and there have converged to create a wholly unique-looking experience. This title is probably the one you have had the highest chance of seeing already, with some preview coverage in the latter half of 2019 and an official Nintendo trailer, but regardless, it’s one that you need to keep a close eye on. Visit http://playgreak.com/ to see more of what is in store here, as it is planned for release in 2020.

Another Mexico-based developer, Mecha Studios, brought the 2D action-adventure title, Neon City Riders. Featuring a main character who looks suspiciously like Casey Jones from Teenage Mutant Ninja Turtles, you will complete puzzles, beat up tough bosses and baddies, and do everything in your power to save the day. With a brightly-coloured, neon aesthetic on top of the darker cyberpunk feel, this seems like yet another unique title of note. Originally on Kickstarter in 2017, this title is going to finally see the light of day in Q1 2020 on the Nintendo Switch. Make sure to take a peek at http://www.neoncityriders.com/ for more information and a trailer.

Completing the Mexican trifecta was Lunch-A-Palooza from Seashell Studio. This wacky, multiplayer, party game has you taking the reins of various food items whilst going head-to-head in different game types. From a combat-based mode that feels a bit like a more fleshed-out version of that Mario Party mini-game where you get on a ball and attempt to knock the other players off the edge, to things like foosball and air hockey, you will have a ton of shenanigans to embark on in this edible adventure. More of this title can be seen here: http://www.seashellstudio.mx/en/_/lunchapalooza/. Released on Steam last Summer, this would be an excellent addition to the Nintendo Switch library in the future, but nothing has been announced at this time.

Making the trip over from Puerto Rico was Floppy and the Sleepy Planet from a very small development team wearing many hats. As a 3D platformer, this title has you controlling a cute robo-bunny while completing challenging jumps and movement. The developer of this title described this game as something that they wanted to build for kids, with the help of childhood psychologists, to create an environment tailored to both learning and good, wholesome fun. You can check this one out at https://www.sleepyplanetgame.com/. Floppy and the Sleepy Planet is in development for the Nintendo Switch, as well as other platforms, and we look forward to hearing more from the team down the road.

Finishing up this group is The Last Friend from The Stonebot Studio based in El Salvador. As their second indie console-release, The Last Friend is slated to come to the Nintendo Switch. A beat ‘em up / tower defence mash-up, this title has you protecting some good ole’ doggos perched atop your battle RV. Feeling a lot like Plants vs. Zombies, where you can take the fight to the baddies yourself besides placing objects in their way, this will certainly eat up loads of your free time. More information can be found here: https://www.thelastfriend.net/.

That wraps up the lounge! It was my pleasure to get to check out these titles, and I am so very excited to see what the future holds for this group of games. Hopefully, they all make it to the Nintendo Switch, but even if they don’t, they are all titles you should check out.