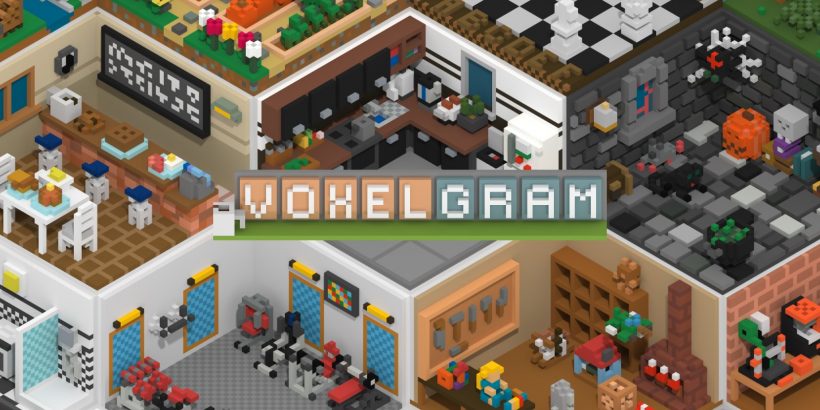 There’s no shortage of Picross variants available for the Switch, but as far as I can tell, Voxelgram is the first to turn the dial up a notch and to follow in the self-explanatory footsteps that Picross 3D took a decade ago.

Here’s a quick primer: Picross is a long-running series of games that present the player with a whole pile of nonogram puzzles to decode. Nonograms are grid-based puzzles which, typically, produce a picture when completed. The resulting pixel art is made up of squares either filled in or not; the status of squares is indicated by numbers at the end of each row or column. It’s part mine-sweeper, part paint-by-numbers. And Voxelgram adds a small slice of Minecraft to the mix.

The leap to the third dimension changes the rules slightly, but the first challenge Voxelgram poses is its control scheme. By its very nature, 3D often presents an input challenge, and that’s no different in a game in which we need to inspect any single cube that makes up a much larger mass. The game persistently displays nine different button actions in its HUD, which range in function from undoing accidental moves you’re bound to make to toggling how many ‘layers’ of the object are currently displayed.

Once you’ve got to grips with at least the core controls, though, the rules of the game are fairly straightforward: numbers at the end of each line of cubes indicate how many filled-in cubes there should be along that particular axis. A secondary number can indicate whether there’s a gap or two between any active cubes. By process of elimination, you work out which cubes should be culled and which must remain, playing their part in making up the final object. The gradual progression that arises from chipping away at this block is highly satisfying.

In the main game, each object revealed upon success then takes its place in a large digital ‘diorama’. There are nineteen of these scenes to reveal, each with ten objects, and they act as a nice sort of collectable memento to reward your work. Although the scenes are pleasant, and there’s something quite mesmerising about representing complex objects with a handful of painted cubes, I would’ve liked a bit more depth to this aspect of the game. If the player could choose their own selection of objects to populate a given scene they could be more creative.

Voxelgram is a wonderfully relaxing game. The soothing ‘chilled classical’ soundtrack helps to set the scene, but it’s the warm nature of the game that really carries it through: it won’t make you feel rushed or confused or even really stuck until the much later puzzles. This is a great one to unwind with. But that’s not to say it’s a walkover: those later puzzles really do get larger and, therefore, much trickier.

The biggest issue, other than the lack of any extras beyond the main puzzles, is potentially the thing that’s at the very heart of Voxelgram, that pesky third dimension. It runs the risk of taking too much focus away from the single-concept ideal of the original 2D nonogram puzzle. Having to deal with the logic elements of the puzzle and the motor functions required to work in 3D can get frustrating. And although touch screen helps to mitigate the complex control mechanism, it introduces issues of its own when larger puzzles with smaller cubes are introduced.

Voxelgram is a very playable take on the Picross phenomenon and its twist gives some highly attractive results. However, the game inevitably sacrifices some of its playability with the jump into that third dimension and the control challenge that emerges.