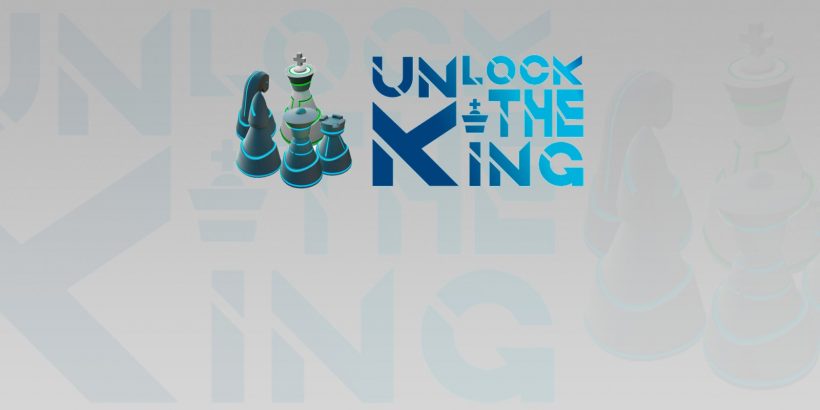 When it comes to chess, replicating it in a video game is more of a challenge than perhaps we give developers credit for. Sure, we can all play “armchair developer”, but programming the rules of chess and then providing a convincing AI opponent isn’t straight forward. Once that has been achieved though, you’re left with a board and different game pieces.

This is where most developers are given the opportunity to try and differentiate their chess game from the surprising number of other alternatives that exist. Whilst in this reviewer’s opinion the most enjoyable chess game out there is LEGO Chess from 1998, Unlock The King has come the closest to providing an alternative take on chess that is unique and challenging.

It becomes immediately apparent that there is a clear focus at play here, and what’s more, this is not your traditional chess experience here either. Unlike normal chess that sees you compete against another to try and take their King and call checkmate, Unlock The King turns the rules of chess into a unique goal-orientated challenge. There is nothing in the way of additional features to be found here, you have the game itself, and a couple of sound options, and that’s it, aside from a menu to select previously completed levels.

Each level, as the title of the game suggests, is about unlocking the king, or rather moving other pieces on the board out of the way to enable the king to reach the designated goal. The board itself is not a typical chessboard; each level presents you with a different layout for you to interpret. A further challenge is added via the type of different chess pieces included, and the number of them on the board as well.

The core concept is quite simple to understand – get the king piece to the red crown space on the board. But it still requires knowledge of how each chess piece can move, such as the bishop moving diagonally and the knight doing its L-shaped move of two spaces in one direction, one in a perpendicular direction. There is plenty of challenge that comes from cleverly moving these pieces around a limited-sized board. Some levels require more thought than others, though others can be overcome by trail-and-erroring your way through.

On the whole, though, the level of challenge is just right, and the amount of time it takes to solve is acceptable. Some will be quicker to work out than others and a lot of the time coming at it with a clear head will help. Given that this is on the Switch, closing the game and coming back later to attempt a few levels is good practice.

Talking of the Switch, in handheld mode, the game does support the touch screen, although either touch controls or button controls are equally as suitable for moving piece around. The visuals are simple but do the job, with the neon lights on the pieces being a nice touch and bring just enough flair to a chess-based game. There is a light soundtrack as well, although, despite the official description hyping it up, you’d be forgiven for noticing it was even there.

All in all, though, for 80 pence you really can’t go wrong here. If you find yourself wanting something to challenge your brain for a little bit instead of mindlessly scrolling through social media, this is a better alternative.

Unlock the King is an inventive take on the classic game of chess. It will certainly help if you are familiar with the rules of chess, but the game challenges you a new way, unlike any other variation you might have experienced.