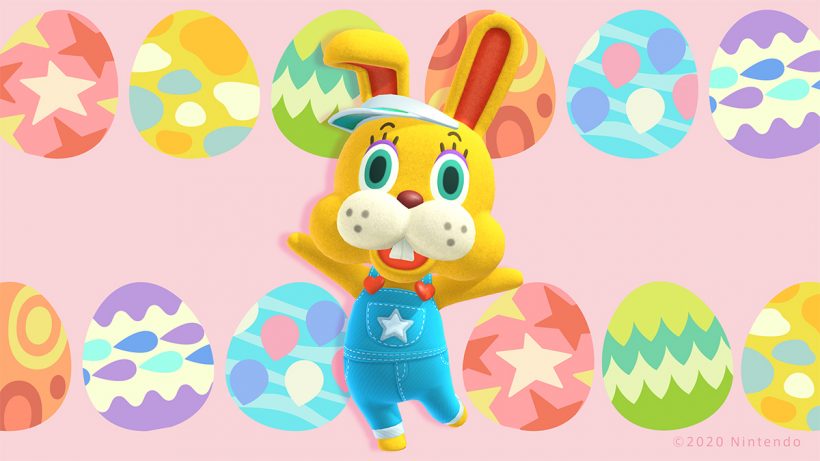 It may not feel like a time of festivities at the moment, and with everyone in lockdown chances are you might not even have any chocolate eggs to tuck into, but that doesn’t mean you should go without your fair share of Easter eggs this year. Switch Player Magazine has you covered – here are our favourite in-game Easter Eggs on Nintendo Switch games.

Super Mario Odyssey was a masterpiece – we can all agree on that. The game is an absolute treasure trove of the best of Mario, with the references to series history continuing throughout the game’s numerous locations. You’ll need to stick by the Odyssey once you’ve reached the Moon for this one, though. While jumping on the Odyssey’s globe continuously will have it play a delicate version of the game’s theme, while on the Moon it will sound the melody to Jump Up, Superstar, the devilishly catchy song from New Donk City.

Another game which is absolutely littered with references to its series’ past is The Legend of Zelda: Breath of the Wild. Look hard enough and you can find a link (pun intended) to just about every Zelda game ever made in this gloriously vast presentation of Hyrule. One reference which isn’t immediately obvious, however, is the naming of the game’s 120 shrines. What relevance does Oman Au have to the series, for instance? It’s actually an anagram of the surname of Eiji Aunoma, the Zelda series’ director. Players are working on figuring out the rest the Shrine anagrams, but chances are they are the names of staff who worked on the game.

Be Sure to Season Properly

Animal Crossing isn’t the only game in town which changes depending on the time of year you play it. Cave Story+ looks completely different to normal at two times of year – Halloween, and Christmas. Play the game from October 26 to November 2 and the game now has Halloween-themed graphics. Play from December 24 to January 6 and you can expect to find the game covered in snow. Neat.

The care and attention put into Celeste has made it one of the most adored third-party games available on the Switch. Want to play the game with a whole new look, though? You can do just that within the game. Just head to Chapter 3’s Celestial Resort. Once you’ve found a note from Mr. Oshiro revealing that the hotel is to be closed, spot a weird-shaped ledge at the top of the screen. Make your way up to it and follow through to find a hidden area where you can access a computer to play the game in Pico-8 form.

You know what they call a Quarter Pounder in France?

There really aren’t enough Samuel L Jackson appearances on the Switch. Luckily, one of his most memorable lines is actually represented in Rockstar Games’ LA Noire. Make your way to the diner in the ‘The Black Caesar’ mission, and hover around each of the customers in turn. Eventually, someone will exclaim, “This is a tasty burger!” Yep – that’s the same line that Jackson delivered when helping himself to some scoundrel’s Kahuna Burger in Pulp Fiction. Sadly, no festive Easter Bible verses follow.

Switch Up The Sound

This last Easter Egg is a part of the Switch console itself. You know the unlock screen, where you need to press the same button three times in a row in order to get back to your gaming? It may not seem natural to do so, but try using the ZL, ZR or left or right-stick clickers to do this. Bet you didn’t see that coming! That reminds us at Switch Player of holding down the Z button when booting up the Gamecube. Wait, you mean you didn’t know about that one, either?

What Easter eggs have you found in games on the Switch? Let us know – see @SwitchPlayerMag and @olrodlegacy.