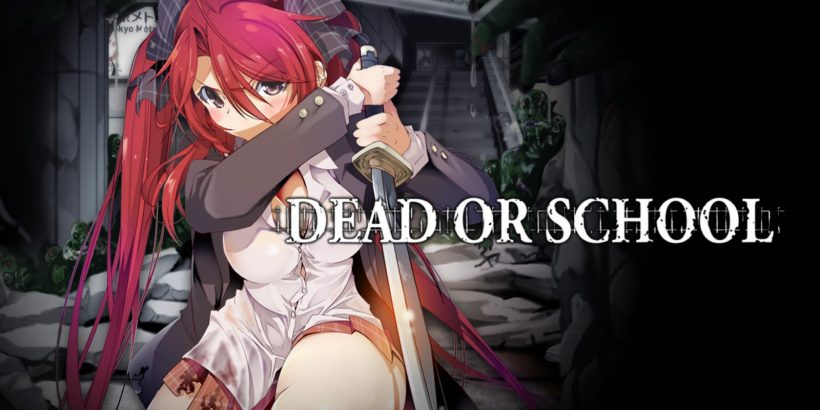 There are few certainties in life, yet let me name but three that you’ll always be able to rely on.

Death and taxes are an obvious two, as  famously cited by Benjamin Franklin in 1789, but more obvious would be that Marvelous will forever publish copious titles of middling quality that feature large-breasted Anime girls. Whilst there are certainly some Marvelous games that I’ve enjoyed in the past, I’m sad to say that Dead or School is not one of them. Feeling more akin to a flash game that I would have expected to find on Newgrounds in the early noughties, and one that I would have still only put a dozen-or-so wasted minutes into back then, there’s little outside of the concept to redeem such an atrocious title. No fun was to be found, and the biggest crime of all, strangely, was that it didn’t embrace the camp nature that other similar titles rely on to excuse their faults. This is a title that wants to be taken seriously, but never deserves that respect.

Set in a post-apocalyptic underground, Dead or School focuses on protagonist Hisako as she wishes to see the surface after a war between mankind and mutants 70 years prior forced them below. After her grandmother, upon seeing the spark in Hisako’s eyes, bequeathed her a school uniform – because, A, anime and B, the one memory she had of the surface world were indeed schools – Hisako sets forth on her equal parts perilous and cliched journey to see the outside world through the medium of a side-scrolling 2D platformer, starting in the Shinjoku underground.

It’s at this point in the gameplay that it first becomes “playable”, as opposed to showing exposition via the aforementioned busty women, but in the first few moments you experience first-hand just how rough this game is to control. First and foremost, the frame-rate is abysmal. Regardless of whether it’s experienced docked or handheld, Dead or School simply fails to perform when it comes to most activities – from simple side-scrolling traversal to the disappointingly-light action – and begs the question why it was released in such a state.

See, the story – may be not the execution, but the sentiment behind it – is genuinely nice and well-meaning. Offering hope in a desolate world, struggling against the bleak… It’s all been tackled before but, strangely, this over-the-top medium finds something special in the well-versed, and thanks to some clever twists near the end, goes some interesting places.

If you can stomach the tedium until such twists reveal themselves, however. Gameplay consists of sloppy, albeit weighty, combat, comprising of a melee weapon, a ranged alternative and, lastly, an explosive weapon. Various melee weapons are available, all having their own distinct feel, and ranged weapons are aimed via the right analogue stick. There’s no one right loadout, so it’s largely up to you in what you feel comfortable with. Nevertheless, each encounter seems needlessly structured – get here, fight through waves, rinse and repeat – and, in doing so, immediately kills the want to delve deeper into this story. A premature death, absolutely, but not one that I didn’t see coming in the opening moments.

Dead or School often intrigues in appearance, but never quite capitalises on the unique blend of the mundane. Technical issues bog down the core experience, and the lack of restriction or respect for the rest of the content sours what could have been a thoroughly enjoyable romp through the underground.