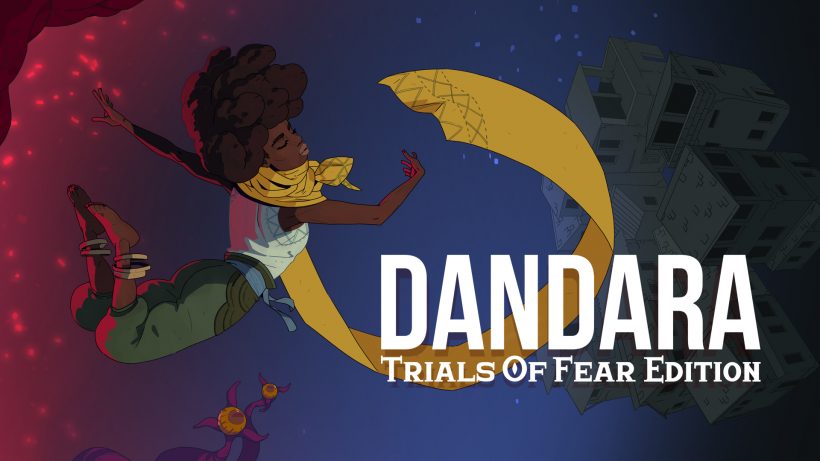 Although it shares many similarities with other Metroidvania titles, Dandara (released as Dandara: Trials of Fear Edition on the Nintendo Switch) plays more like a puzzle than anything else.

It subverts your expectations in many ways, trading platforming and freeform movement for some strategy and forethought. And while it separates itself in a number of intriguing ways from its contemporaries, Dandara often feels limiting and restrictive. I desperately wanted to explore this vibrant, colourful world, but the game actively prevented me from indulging in these whims.

Dandara’s story feels weirdly relevant to the current climate. At its core, the tale focuses on isolation and the effects it can have on society. To put a finer point on it, evil forces have taken control of a peace-loving world, and Dandara has the power to free everyone from this tyranny. The game doesn’t spend a lot of time developing its story; you won’t find lengthy cut scenes or gobs of exposition. Instead, you’ll piece things together through diaries and notes scattered around the world. You’ll have to go out of your way to find some of them, but if you crave narrative, they’re worth seeking out.

Instead of traversing the world in typical Metroidvania fashion, Dandara forces you to navigate the landscape by hopping between hotspots. Although it may take some time to familiarise yourself with this mechanic, it eventually becomes easy to handle. The world our heroine inhabits feels rich, lush, and at times, absolutely gorgeous, and it’s ripe for exploration. As such, the inability to fully explore frustrates and confuses. And while it’s not so much a problem early on, you’ll wish you had a bit more freedom to do as you wish by about the halfway point.

The nature of Dandara’s gameplay essentially transforms it into a living puzzle. Navigating the areas, defeating enemies, and unlocking doors require strategy and brainpower, though it’s not punishing by any means. Just don’t expect the game to hold your hand; I often figured out what I needed to do next by jumping from one room to another until I happened upon a character who could unlock something I required. And good luck with the map system. Since your perspective flips and rotates on a regular basis, figuring out where you are and which door you need to take becomes needlessly frustrating, but perhaps that’s all just part of the puzzle.

Sadly, Danadra truly misses the mark in terms of combat. Like traversal, fighting the game’s bland enemies never feels exciting; instead, it’s tedious and disappointing. The boss fights do offer a challenge, but the entire affair has a casual feel to it. That’s not to say every game should be difficult, but the stilted combat (which comes with its own Dark Souls-esque risk/reward experience system) never makes anything feel important or urgent. Instead of battling an army, you often feel as though you’re randomly shooting energy bolts at uninspired assets.

I’m disappointed that I didn’t enjoy Dandara. Given the game’s unique protagonist, the wonderful pixel art, and the intriguing world, you’d think all the pieces would come together. Unfortunately, the limited exploration, generic villains, and weak combat dampen the experience to the point that I couldn’t wait to hang it up. Dandara serves as a fine example of a missed opportunity, and will probably only appeal to those who need another Metroidvania title to fill the gap in-between more promising endeavours.

Although it boasts a gorgeous world, a surreal story, and some unique character designs, Dandara: Trials of Fear Edition ultimately fails to capture the freedom, urgency, and sense of exploration offered by other Metroidvania titles.