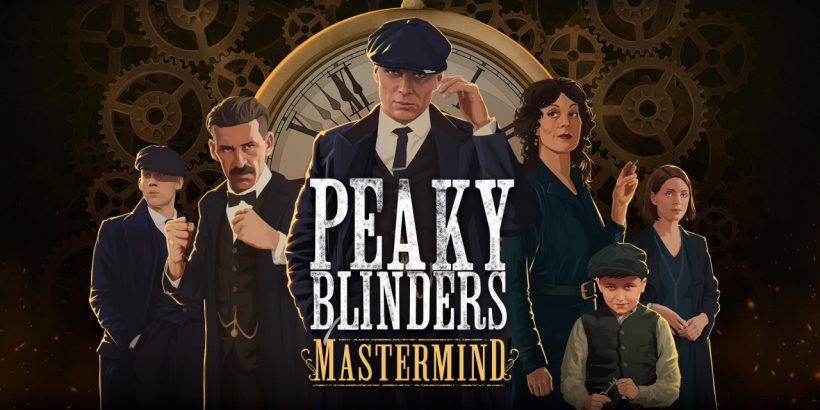 Call me a cynic, but I’m always nervous whenever any TV show or film is licensed for use in a video game. We had incredible success in the form of Goldeneye, but for every winner, there are a dozen losers (I’m looking at you, Superman 64). In fact, games tend to do best when they sideline the existing plot completely. Telltale’s The Walking Dead existed in Robert Kirkman’s universe but rarely touched upon the recognisable cast of the show. Star Wars: KOTOR was set thousands of years before the films, where Jedi and Sith were commonplace, introducing new lore and exciting characters. Peaky Blinders: Mastermind tries to do the same, and although the game itself doesn’t quite peak, it does manage to compliment the show well enough for fans.

Peaky Blinders: Mastermind, developed with the help of series creator Steven Knight, is a puzzle adventure game set before the events of the show, at a time when the Shelby clan – coordinated by the enigmatic Tommy – is making a name for itself in the booze trade in Small Heath. Taking the role of Tommy, you’ll embark on a crime-filled campaign against rival gangs and dodgy coppers, completing devilishly tricky set pieces that will test your ability not only to think ahead, but behind, too.

Levels are presented from a top-down perspective, highly stylised and completely in keeping with the game’s post WW1, industrial aesthetic. In each level, you’ll have a host of familiar characters at your disposal to navigate the map and perform tasks. However, each of the ten increasingly complex heists in the game requires the coordination of multiple character’s activities to achieve your objectives, and you only have a certain amount of time to do so. This is where Mastermind plays its trump card: time control. After you complete an action with one character, you’re able to rewind time, select someone else and set them on their path, and then the next etc. For example, in its simplest form, a guard may need distracting to allow another character to sneak past. You’d need to distract the guard with one character, rewind, then take control of the other to take advantage of the distraction at the exact moment it occurred.

Characters have unique abilities fitting to their show’s persona. Tommy is great for talking his way through situations. Arthur, Tommy’s older brother, can give men a good crack on the head, and so on. Synchronising character actions can be tricky, and not helped by some clunky movement and a consistently poor frame rate. Fortunately, you can rewind the clock at any time, so there’s no real way to lose here – you just have to rethink your approach. It’s a really interesting idea that captures the nature of Tommy perfectly, seen consistently in the show to be thinking many steps ahead; underestimated by everyone – but never underestimated twice.

It’s worth noting that although the game looks great, all the dialogue is in text format. Though I applaud them for not resorting to hiring poor imitation voice actors, the game does lose something by not having that signature Brummie line delivery.

Peaky Blinders: Mastermind is a very decent puzzle adventure game that utilises some unique time-travel mechanics. It’s a bit clunky and plays heavily on the show’s themes and lore, so if you’re not a fan, it’s probably not going to be worth the £19.99 price tag. If you are a fan, it’s a lot of fun, so pick it up now – by the order of The Peaky f*****g Blinders!

Peaky Blinders: Mastermind is a strategic take on a TV show tie-in that could have easily been mindless violence. It’s not as sharp as Tommy’s wardrobe, but for fans of the show, there’s definitely fun to be had.