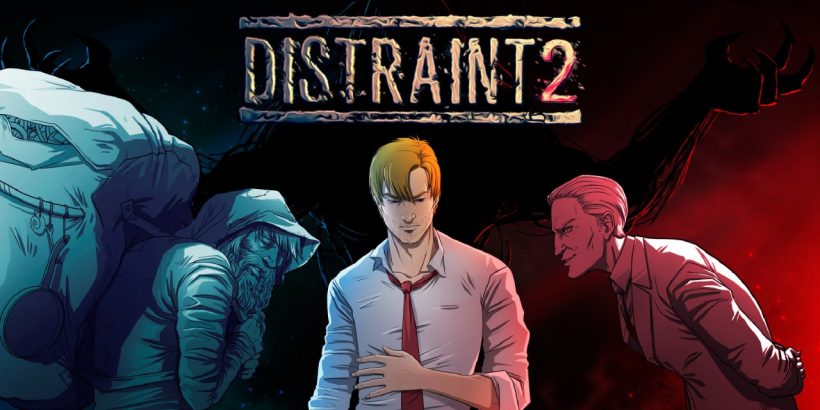 To delicately traverse (and subsequently subvert) expectations is the backbone of a well-executed horror game, regardless of whether it aims to please on a psychological or physical level. There are some that excel – take Outlast, for example – at constantly keeping the player an anxiety-ridden wreck through the wonderful implementation and successive marriage of various elements throughout. An immediate and ominous physical threat can be, quite literally, waiting around every corner. Distraint 2, on the other hand, plays things a little bit slower than you might expect. Keeping its horrific cards close to its deeply disturbed chest, the game is an entirely different yet wonderful beast from the typical horror experience.

Distraint 2 understands the importance of character, despite putting you in control of Mr Price, someone of once-questionable morality. Having worked for McDade, Bruton & Morse – a firm that specialises in evicting the elderly out of their property once they’re no longer able to afford it – his conscience seemingly catches up with him. After seeing no other way forward, Price contemplates suicide. No happiness and rainbows here, folks. Buckle in. It’s going to be a weird one.

The adventure starts soon after our dear protagonist stares down the barrel of a ‘45, and largely consists of Price attempting to find solace within himself. He encounters various characters along the way, all acting as a personification of his inner psyche, and it’s here that the opening subversion of expectations is to be found in great abundance. The story is more than happy to lead you to places you wouldn’t otherwise find yourself in typical horror titles and manages to feel quite novel thanks to it. It lends itself well to a genre all too familiar with trying to introduce a certain unexpected je ne sais quoi, and carves a distinct, yet shallow, path for itself, away from its more popular and grander brethren.

Through relatively concise storytelling and easier-than-expected puzzles – consisting largely of fetch quests – an enticing yet pocketable story is to be found throughout. That’s not to say it’s fun, though. Whilst I’m certainly not a puzzle aficionado, the laughable difficulty of the puzzles had me begging for something more, waiting to see what the next would bring, but not necessarily because I looked forward to them outright. The approachable difficulty is certainly by design, however. By making the general meat of the game more accessible, it prevents an otherwise inevitable frustration which would, understandably, take away from the feelings the narrative is otherwise trying to convey.

Aesthetically, Distraint 2 is sure to not necessarily please – that would seem antithetical to the rest of the tone so masterfully conveyed from beginning to end – but certainly impress. An otherwise muted palette is used to morose effect overall, assisted by the flat-yet-vibrant 2D graphical style. Darkened edges beg you to feel a certain level of unease, and the clever use of various claustrophobic environments keep you on edge at all times. A slight pixelation permeates off of every object, but it’s most coherent when used in conjunction with the various light sources found from room to room. Whilst it may not sound immediately apparent, the combination of the above elements come together to make disturbing images, jump scares et al all the more effective, all whilst giving Distraint 2 a unique visual identity. It’s not necessarily enough to recommend playing on this alone, but certainly, one to consider nonetheless.

By focusing on approachability, Distraint 2 manages to invite those looking for a different take on the psychological horror genre with somewhat open arms. Unfortunately, the easy puzzles found throughout invite boredom; Certainly not the intrigue the otherwise excellent narrative carries effortlessly.