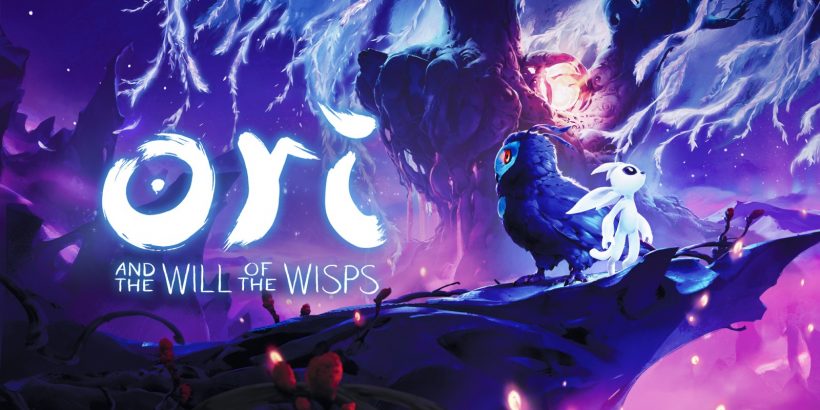 You’d be hard pressed to find another metroidvania as charming or indeed magical as Moon Studios’ Ori and the Will of the Wisps.

Having already released on Xbox One earlier this year to critical acclaim, it was a nice surprise to learn at the end of Nintendo’s most recent Mini Direct that Switch players wouldn’t need to wait as long for the second entry into this captivating 2D series of exploratory platformers. Better yet, it helps that the original experience has been kept intact for this port, instantly rendering Ori and the Will of the Wisps one of the best games of its ilk on the eShop.

Anyone who played Ori and the Blind Forest – which arrived on Nintendo’s hybrid in 2019 – will feel instantly at home in this follow-up. You once again play as the eponymous Ori, a fox-like spirit of the forest, who once again finds herself swept up in another adventure after a friend falls into trouble. It’s a simple set-up, but the brief prologue sequence does well to appropriately establish the stakes more so than 90% of other metroidvanias out there – and you may even shed a tear during it.

It’s hard to understate the quality on display in Ori and the Will of the Wisps. At face value, it follows the same format as, say, something like Blasphemous or Bloodstained in that you venture from area to area, completing platforming puzzles while gaining new power-ups in a bid to become stronger and progress farther. However, tying this all together is a staggering attention to detail, whether it’s in the smoothness in which Ori herself moves, the various painterly locations you’ll visit, or indeed the exceptional level design. Every aspect of the metroidvania ethos has been absolutely nailed here by Moon Studios.

2020 marks five years since the first Ori game, so as you can imagine, despite their similar traits some major upgrades have been made to the gameplay in the time which has passed. The main difference is in how combat is handled. Whereas before Ori was quite limited in how she could fend off the forest’s many evil creatures littered, in the sequel you have a much wider suite of melee and ranged weapons. You’ll start off with a simple sword called the Spirit Edge, which enables you to slash at enemies and feels great thanks to the Switch’s HD rumble feedback. Then, as foes become more challenging, more combat options open up.

A lot of these items you’ll gather naturally as you progress throughout this roughly 8-10-hour adventure. Something called the Spirit Arc, for example, functions as a bow useful for hitting enemies from a distance but also proves vital for unlocking optional pathways and completing essential puzzles. Other items, however, can be completely customised to your liking, as certain objects are only available from your fellow forest dwellers. Many of them will give you a discount early on, before appropriately fleecing you in the later hours.

Another major change in Ori and the Will of the Wisps also refers to saving. You see, anyone who’s played Blind Forest will tell you how annoying it could be to rely on your own instincts; choosing when to set down a fixed checkpoint despite not knowing what dangers lurk ahead. Here, though, auto-saving has been introduced to make for a far smoother and less punishing overall experience, but you can still save manually at any Spirit Well, which also doubles up as a method of fast travel. This is just one of the many ways Will of the Wisps has taken clear influence from Hollow Knight; another being how the map man needs to be discovered when first entering a new area.

When it comes to the Nintendo Switch version specifically, this is arguably one of the best examples yet of a port done right. Both Ori games are quite rightly lauded for how beautiful they look, so I’m pleased to report that, just as when Blind Forest made its way over, Will of the Wisps is an equal sight for sore eyes. I spent most of my time playing portably, finding no discernible difference in this version’s appearance and that of the Xbox One original. I’m sure that some minor visual downgrading needed to be made, but it’s never noticeable and hardly matters when you consider that it runs at a silky 60fps in docked and in handheld mode.

While the Switch is already home to many great metroidvanias, Ori and the Will of the Wisps easily makes a case for being one of the best on the platform. Its world is hauntingly beautiful, the improved combat adds a new layer of challenge, and the act of exploring is just as much fun as puzzle-solving. Switch ports don’t get much more polished than this.

Ori and the Will of the Wisps is a highly polished Nintendo Switch port of a game that should already be considered as one of the best modern metroidvanias. Running at a smooth 60fps both docked and in handheld, this is a forest adventure well worth exploring.