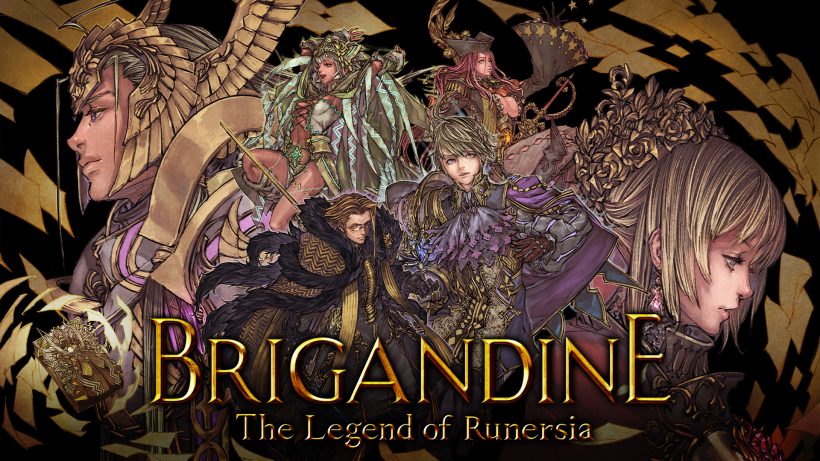 The ever-popular ‘Baby’s First’ moniker has effortlessly-negative connotations when assigned to games yet, somehow, some of Nintendo’s biggest franchises carry that like a badge of honour. The greatest example of this is undoubtedly the mainline Pokemon games, offering immediately-accessible RPG mechanics to young and old alike, all whilst accompanied by the character of something much grander than first thought. Fire Emblem can fall under the ‘Baby’s First’ handle too, although the availability for varying difficulty levels distils it somewhat. As far as tactical role-playing games go, Fire Emblem leans into the oft-simpler designs with mechanics that are equally easy to remember. Brigandine: Legend of Runersia forgoes large swathes of the accessibility but, for those that can weather the many storms forcefully thrown at you, the eventual, evident grandeur proudly seeps from every pore of this impressively obtuse behemoth.

The world of Brigandine: Legend of Runersia, a sequel of 1998’s Brigandine: The Legend of Forsena, is one of uncompromisingly ruthless beauty, albeit not necessarily in the aesthetics of the game itself but instead more the sheer scope of it all. Composing of six unique nations, all with their own various political stances – some that mirror real-world locations down to a hyperbolic bullet-point – and godly-beliefs. The inhabited world is a believable, living organism. Were it not for the countless fantasy and anime-esque staples littered throughout, one could easily draw many a comparison to our own reality. Yet, here we are, drowning in dragons and magic, political agenda and secrecy, all to further the wants and ideals of the nation we resonated with at the beginning of the game.

Being able to pick one of the six nations lends itself naturally to a vast amount of replayability, yet the often-overwhelming complexity of the game’s copious mechanics did little to convince me that this would, in fact, be a good idea. Brigandine demands your full attention throughout, violently insisting that you remember intricate systems to guarantee hard-fought victory time after time.

The many basics of the Tactical RPG genre are to be found, including fighting on a tile-based system, the utilisation of units’ various skills and, of course, the act of taking one’s terrain into account, but the many extraneous other mechanics, such as the exploration and training quests, often feel to be more cumbersome gumpf included to distinguish itself from its more popular peers. Each additional mechanic introduced is accompanied by a clumsily-designed explanation, largely consisting of huge blocks of text and seemingly-irrelevant screenshots. Whilst the guides can be reviewed at any time, it was usually easier to tackle these through trial and error; a much more infuriating experience overall.

It’s easy to be dissuaded by these various frustrations I’ve mentioned but, should you be more au fait with more complex tactical RPG’s, Brigandine is one that you may already be familiar with. Visual design, general UI not-withstanding, is superb – a gorgeous, fantasy-anime sub-blend is used throughout and the unadulterated pleasure of witnessing the many intricate and nation-specific design languages is an absolute treat. It’s just a shame, then, that it simply wasn’t able to cater to my level of familiarity with the more complex nature that Brigandine exudes, even on the easier difficulties. For those that can ignore the proud and blatant show-boating in complexity, this is a winner. For us other mere mortals, this is likely to infuriate more often than not, and that’s a real shame.

Brigandine: Legend of Runersia is a beautiful-yet-unapproachable masterpiece of a tactical RPG. It’s certainly rough around the edges, with its difficulty and UI being particular points of contention, but well worth the venture if you’re able to stomach it.