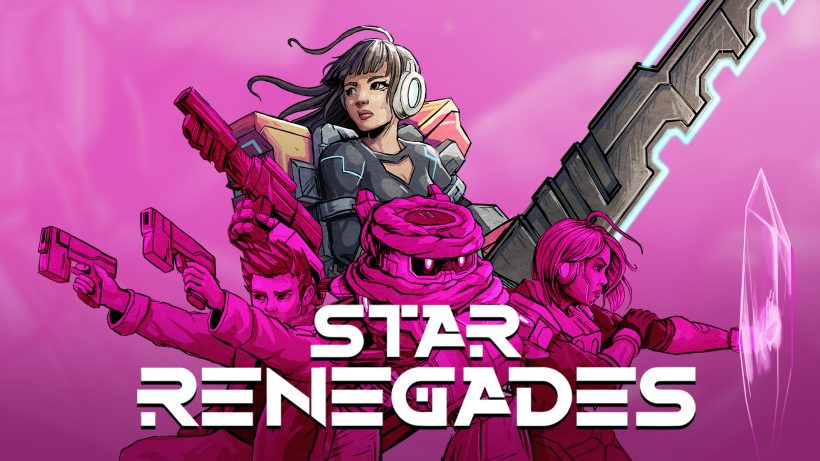 No video game is created in a vacuum. Even the most inspired and innovative games take notes from what came before. That’s not to diminish those games that choose to build upon the efforts of their predecessors, though – on the contrary. Knowing where to take inspiration and how to use these ideas is very important for any game, and in this aspect, Star Renegades excels.

Story-wise, you are looking at a futuristic sci-fi RPG akin to Tom Cruise epic, Edge of Tomorrow. Instead of time-travelling, though, you’ll be jumping into different dimensions in an attempt to stop the threat of the Imperium, a group of highly-technological beings that want to conquer all dimensions. This premise helps to shape the rogue-like structure of Star Renegades. You jump into a new dimension, recruit new renegades, and try your best to get as far as possible into the campaign. Die, and you’ll have to repeat it all over again – but with the help of additional bonuses unlocked through each run.

In order to differentiate itself from other rogue-likes, Star Renegades presents an extremely complex and engaging combat system. At a first glance, it may look like any other turn-based RPG. However, Star Renegades’ combat feels more like a puzzle than anything else. If you have played Into the Breach before, then you’ll have a similar experience here. At the start of each turn, you can see what each enemy will do in advance. With that information on hand, it is up to you to use the best tools to get the upper hand.

This is even more important when you consider Star Renegades’ unique break system. Each turn works within a timeline of 60 seconds. Each action takes a certain amount of time to execute, which is applied to both your enemies and your renegades. The catch is: if you act before an enemy, you can perform a crit, dealing bonus damage and additional effects. Between these effects, you can even push your enemies’ actions back into the timeline. If you push an enemy all the way out into the 60 seconds bar, then he will get the break effect, being completely unable to act for that turn.

Thanks to all these overlapping mechanics, each combat instance is deep and engaging. As you progress (and die) in the game, you’ll unlock different renegades, each one of a unique class and skill set. Creating a balanced party is the key to victory, and is a true challenge considering the many procedurally-generated aspects, such as equipment drops, enemies’ resistances, and more.

From the combat to the simple-but-effective overworld map that you explore on each planet, Star Renegades is an astonishingly beautiful game. Thanks to the brilliant use of colour and incredible animation work, Star Renegades is a true marvel to behold. At least, when the game works properly.

Despite all the good things that can be said about Star Renegades, the current state of the Switch version is quite problematic. During combat, each beautiful animation is compromised with constant frame-rate drops and screen-tearing effects. This doesn’t impact the turn-based gameplay, but it is still a frequent annoyance. This can’t also be said, though, for the crashes that I’ve encountered while playing.

Behind this troublesome performance, lies an extremely engaging and beautiful game, so it is a good thing that the developers at Massive Damage are working to solve these issues. Considering this, it may be worth waiting a little bit to grab Star Renegades, unless you’re ok with acting as a kind of beta-tester.

Star Renegades takes inspirations from different sources to create an extremely engaging turn-based RPG, encapsulated with a beautiful pixel-art style. Unfortunately, constant performance issues take away some of its shine.