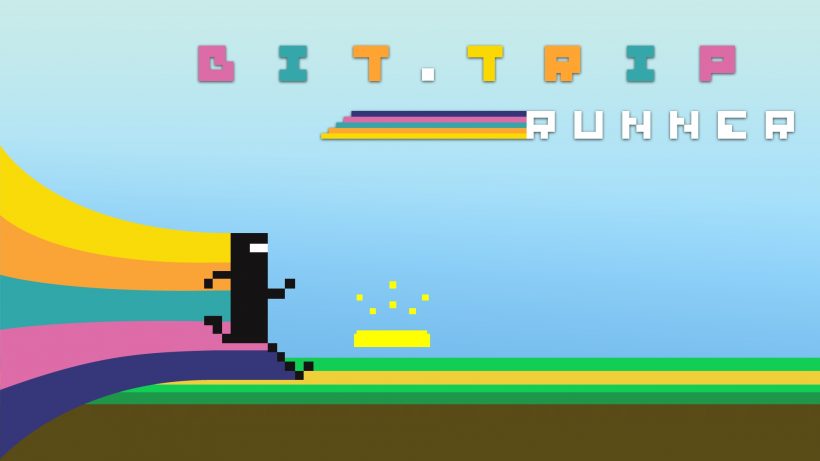 Let’s take a BIT.trip back to 2009. The Wii is in its prime as people all over the world are motion-controlling all over the place. Enter CommanderVideo! A collection of pixels in a humanoid shape on a chiptune musical journey through time and space. Now the BIT.TRIP games have landed on the Switch for our rhythm gaming pleasure.

The game that started it all

BIT.TRIP BEAT is the first foray into the series. A modern-day musical Pong. Players control a paddle on the right side of the screen, moving it up and down in order to repel a variety of pixels to a chiptune beat.

Successful hits will raise your combo, while enough misses will force you into the Nether. The Nether turns the game into basic black and white. No delightful chiptune noises, only the struggle to stay alive.

The default controls are motion, so tilting your controller up and down moves your paddle. These controls are smooth, intuitive, and easy to get the hang of. If tilt isn’t your thing, you can turn the gyroscope off and use the R-stick instead.

BIT.TRIP CORE is a musical mind-melter! Pixelated bits are flying at you from all angles. Holding up/down/left/right and pressing A to the beat intercepts the bits trying to pass.

The gameplay can get frustrating rather quickly. There is a lot to keep track of, and it will likely take a few trips to the Nether before you get the hang of it.

BIT.TRIP VOID changes up the formula yet again. In this game you control a black circle, absorbing the black dots while avoiding the white.

Unlike BEAT or CORE, there is no fixed position of the ball, players are free to move around the screen using the right stick. Each black musical bit you consume will cause your black circle to grow larger. The larger you become, the slower you will move.

Hitting a white bit, whether by accident or on purpose, will shrink your ball back to its original size, allowing players to continue their insatiable bit-consumption.

However, just like the other games, miss too many black bits, or collide with too many white ones, and you’ll be tossed into the life-or-death struggle of the Nether.

The fourth makes a run for it!

An endless runner-style game, with a bit of a twist: the levels eventually end. Hitting any obstacle or falling in a hole will cause CommanderVideo to warp back to the start of the level.

On the plus side, there are no Game Overs. On the down side, failing a jump for the tenth time and watching CommanderVideo — yet again — warp back to the beginning can induce controller-throwing rage!

RUNNER is still a rhythm game: the chiptune music is still just as strong, and you jump, duck, and kick to the beat in order to progress.

Same old CommanderVideo and chic chiptune music, brand new gameplay mechanics. BIT.TRIP FATE is a twin-stick rail shooter that is somewhat bullet hell-esque as well. Using the right stick, players move the Commander along the fixed line, protecting his precious heart from getting hit, all while continuously shooting enemies and obstacles with the left stick.

BIT.TRIP FLUX is a return to where it all began. Another Pong-esque paddle-based game style, like BEAT, only this time your paddle is on the left side of the screen.

Of course, you must reflect the musical bits, but FLUX adds new gameplay mechanics that hark back to previous entries: moving your paddle to avoid the white bits like VOID.

Each BIT.TRIP game has story stages to work your way through: for example VOID’s stages are called ID, EGO, and SUPEREGO. At the end of each stage is a unique boss battle, from an old fashioned game of Pong, to a challenging PacMan-esque romp, guaranteed to tickle a nostalgia-loving heart.

Each game also boasts several challenge stages. These stages are little snippets that require you to navigate each level, getting every possible point, all without getting hit (if that is applicable). There is plenty to do once you finish the story.

Getting a high combo in BEAT, CORE or FLUX can feel really good, but it can also get annoying. The game will start flashing, and pulsating to the beat. While this might help some gamers with the rhythm, it can also become so distracting that it takes away from the ability to properly keep track of the multitude of things flying this way and that.

As rhythm games, the music is on point — if you like chiptune music, that is. They can’t go wrong with chiptune musical artists like Bit Shifter, Nullsleep, and Anamanaguchi composing.

CommanderVideo goes on a journey throughout the whole series of games, should players decide to follow along and play the games in order. The cute little cutscenes in between stages are easily standalone and just as delightful.

Six very different retro-inspired arcade rhythm games with glorious chiptune music. Gameplay mechanics range from endless runner, to rail-shooter, to musical-Pong and more, so gamers are sure to find one or two that sync with their style, and can pass on the rest.