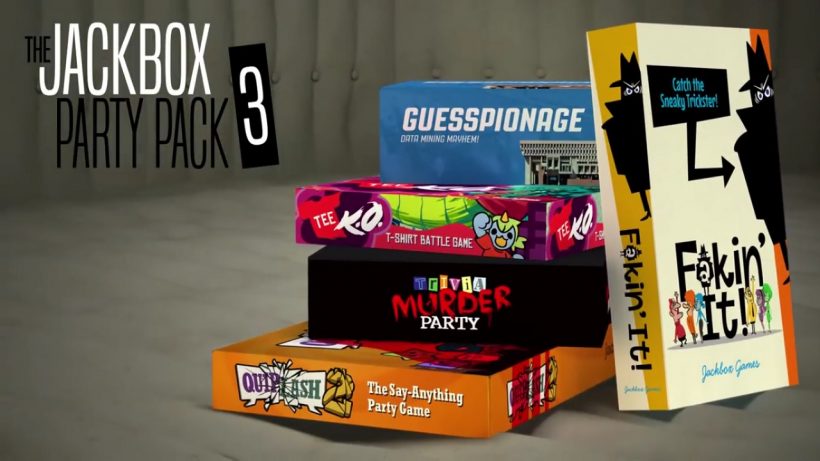 Jackbox Games have announced that their latest party title is headed our way.

Originally released last October for other platforms, multiplayer-focused title The Jackbox Party Pack 3 is now officially headed to the Nintendo Switch – coming to us with Quiplash 2, Trivia Murder Party, Guesspionage, Tee K.O., and Fakin’ It mini-games. It’s ready to bring the party to that console that can go anywhere, meaning you can unleash the party wherever you happen to be! It’s Jackbox on the go, and it’s coming our way soon.

We're excited to announce that The Jackbox Party Pack 3 is coming soon to Nintendo Switch™! pic.twitter.com/g5xS8fEikY

Okay, so that’s cool that it’s coming… but what do those games have to offer?

The official site has a quick rundown of the mini-games, so I’ll quote them for clarity; but I’m also adding in the release trailer for other platforms in order to drive those basic descriptions home.

The say-anything sequel. Play all new questions or make your own!

A deadly quiz show where you match wits with a trivia-obsessed killer.

The t-shirt slugfest where you battle your custom t-shirts to the death!

One of your friends has something to hide in this sneaky game for tricksters.

The Jackbox Party Pack 3 is officially bound for the Nintendo Switch, likely priced at $24.99 (USD) if their previous pricing is any indication.

Are you ready to have some fun with friends?