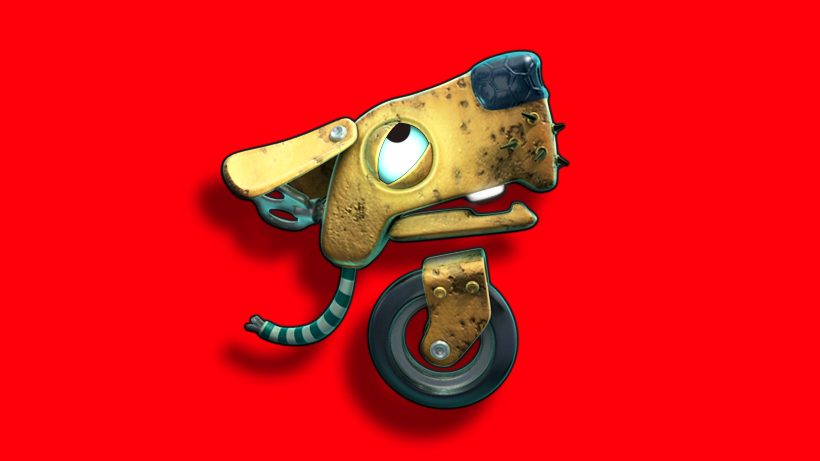 Gory Detail will be skipping the Wii U in favour of a Switch version of their upcoming puzzle-platformer.

There’s a new game on track for the Nintendo Switch, and it’s from a name that might be familiar to you; Chris Seavor and Gory Detail are currently developing Unlikely Legend of Rusty Pup – bringing Chris’ previous Conker’s Bad Fur Day experience and more to a whole new IP.

In this new title you play as the titular tail-wagger – taking on a world of cogs, gears, and puzzles using only the dark and the light (plus whatever other tricks you happen to pick up along the way). We don’t know very much detail at this point, but we do know it’s a game about the path taken; whether that’s the right path or not however, is up to you.

Check out the short sample video below if you need an idea of what to expect from the game in motion, though it’s important to note that the clip was recorded over a year ago (and well before the title was completed, or the Switch was even on their radar).

As for when it’s coming our way, it seems that we’ll be waiting a while; the title is set to debut on PC first, and it seems that wrap up for that version is currently projected for September. The Switch version would then come after the PC version wraps up, with the release window likely falling into 2018 at the earliest.

Thankfully, it seems that Gory Detail is excited for the platform – meaning we aren’t likely to be forgotten or put off too long (if they can help it). Talking to Nintendo Life, Mr. Seaver notes;

“The Switch is great for us, a nice new platform to take advantage of early on in its cycle. The system itself I think is a brilliant little device, and quite bold in what it’s trying to do, bridging the gap between home and portable entertainment in one system.”

Elaborating further, he also touched on why it was a good console to aim for;

“It’s great for us for a number of reasons; the buzz of a new console, the lack of software initially where we can slot nicely into – we always were a good fit for the Nintendo demographic (E-rated Puzzle Platformer) – plus our core mechanic translates seamlessly onto the hardware.”

Even with that praise and it’s “defo” coming attitude however, Chris doesn’t have a unit yet and thinks it’s a bit pricey overall – though he was also quick to note that the pricing bit is unlikely to affect their “£12 to £15 digital-only price range” for Rusty Pup. Hopefully someone at Nintendo gets them a developer unit quick, helping us venture out of full price game territory without also venturing out of the fun zone. 😉

Unlikely Legend of Rusty Pup seems to be headed to the Nintendo Switch sometime after September.

Will you be taking him for a walk?