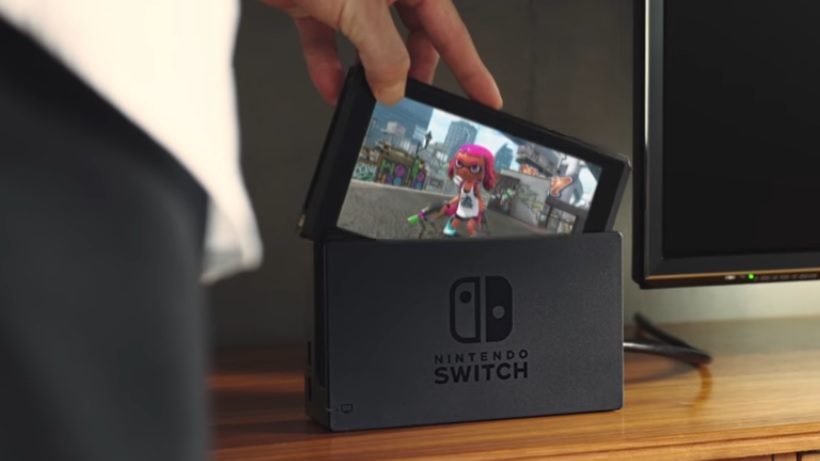 Little bits of information have been trickling out all over the place, and we’re here to run down the latest.

To be honest, there are still a lot of questions and wonder up in the air regarding the Switch – more than most systems would have at this close to launch, that’s for sure. Some of these are questions are ones we’re not likely to get some legit specifics on until after launch (like “what are the exact hardware specifications?”), while others are things that should have been said already (like “how does the smartphone companion app work?”). Today we’ve got a few answers, but temper your expectations for how many and of what sort. 😛

First up we’ve got some news regarding that smartphone app, which seems to tie into the Nintendo Switch’s usage quite easily. According to Splatoon‘s US-based Tumblr account, it looks like the app will allow you to set appointments for your friends via social media – joining up for some general chat, before only being able to speak with immediate teammates during play (opponents separated). As for open chat, it doesn’t seem like that’s planned; meaning no “stranger danger” to be had here.

Looking to an interview with Nintendo’s President Tatsumi Kimishima, we get confirmation that the eShop will be functional on the Switch at launch (you’ll be able to download, install, and play games from it day one). That said, additional details regarding its functionality are being withheld at this time. President Kimishima also noted that there will be no web browser available on the system day one, saying “in terms of the Internet browser, since all of our efforts have gone toward making Switch an amazing dedicated video game platform, it will not support it, at least at launch.” Bummer.

Finally – and somewhat more “interesting” than the answer to a question – there’s a look at the Nintendo Switch’s developer side. Nintendo of Portugal left a should-have-been-cut piece of raw footage in their trailer upload, which shows off the developer options in some detail.

We see menus for application, save data, controller, accounts, device, network, sound, time test, debug, and finally firmware. The one screenshot seems to show (via the Application menu) that the developer unit is housing 64GB of space (compared to the standard Switch’s 32GB) – while the other screens show off a firmware readout, and the device menu. While not necessary relevant to our usage, that’s a cool look at something that normally only developers would see.

So those are some of the tidbits that have come out across the internet recently; most of them having to do with functionality, but that last one definitely more “cool” than “useful.” Either way, the information just keeps coming – so keep an eye out for more in the days ahead.