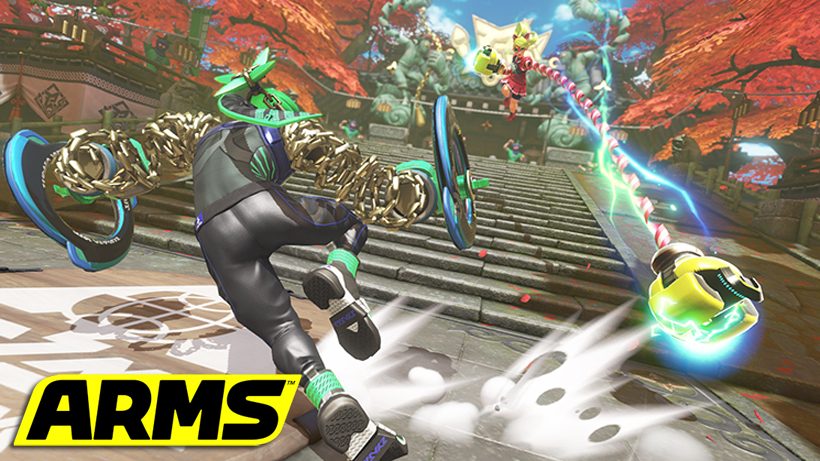 New information and media for the Nintendo-infused fighting game have been revealed, and we’ve got the bits you need to absorb before throwing a punch.

According to a newly released Nintendo Everything translation of a Famitsu interview, it looks like ARMS started as a fighting game with a different perspective – trying to leverage the front view instead of a side view like the others. The difference is that with ARMS you also have to worry about the time it takes for your attacks to reach your opponent, and what they can do in the meantime to counter your attempt. It was designed like that according to ARMS producer Kosuke Yabuki, who says that the game was born out of that search for a fighting game with a different perspective. Nintendo just loves to be different, don’t they? 😛

But the game isn’t just about fighting 1:1 with equal abilities, it’s about having slight advantages and disadvantages based on the characters and equipment you choose. In that vein, we’ll remind you that though we’ve only seen a limited amount of choice so far, there are more characters with more arm types. What has been shown is only a slice of what’s set to be available day one, so expect to have lots to play with.

Moving on in the interview, we learn that aside from 1-on-1 single player and multiplayer options there will also be online multiplayer which offers differing gameplay. Mr. Yabuki notes that “[h]aving only 1v1 matches in the online mode would be too exhausting, so there are other modes being prepared. However, the game is boiling down to 1v1 battles in the end, with them as the main focus and the other modes being on the side.” This is good news, as I think people are interested in taking things beyond that core player-versus-player mentality once they get the hang of things.

Additionally, we hear more about the controls – which are designed such that the game can be played without becoming too tiring. To that end, the game is even able to be played 100% with the buttons on the Joy-Cons or Pro Controller… and can even be played with a single Joy-Con, though with somewhat limited functionality. The extent of limitations have yet to be revealed, so we’ll leave it at that for now.

Moving past the bits we gleaned from the interview, there are also two new trailers to feast your eyes upon – one introducing characters Spring Man, Ribbon Girl, Ninjara, Master Mummy, and Mechanica, and the other showing off the different arms and their functions.

Check ’em out for yourself below;

ARMS is headed to the Nintendo Switch sometime this Spring.

Will you be coiling up with it? 😉