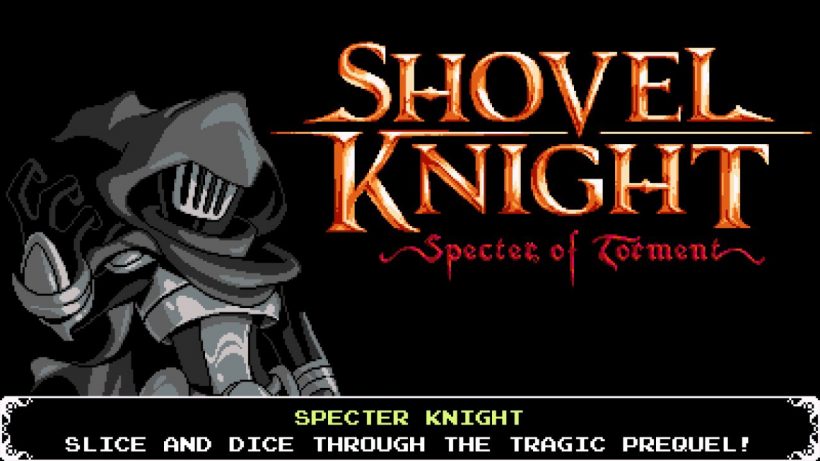 I first played Shovel Knight on my PS Vita and I loved it. It took me back to the days of playing 2D platformers on my NES but Shovel Knight incorporates modern mechanics and some very smart level design that sets it apart from other modern 2D platformers. I wasn’t a fan of the Plague Knight expansion that was released last year (the jumping and attack just felt off to me) but I was excited to play Specter of Torment to learn more about the world that the developer Yacht Club Games has built and also to see how the Specter Knight’s move-set would change the game. 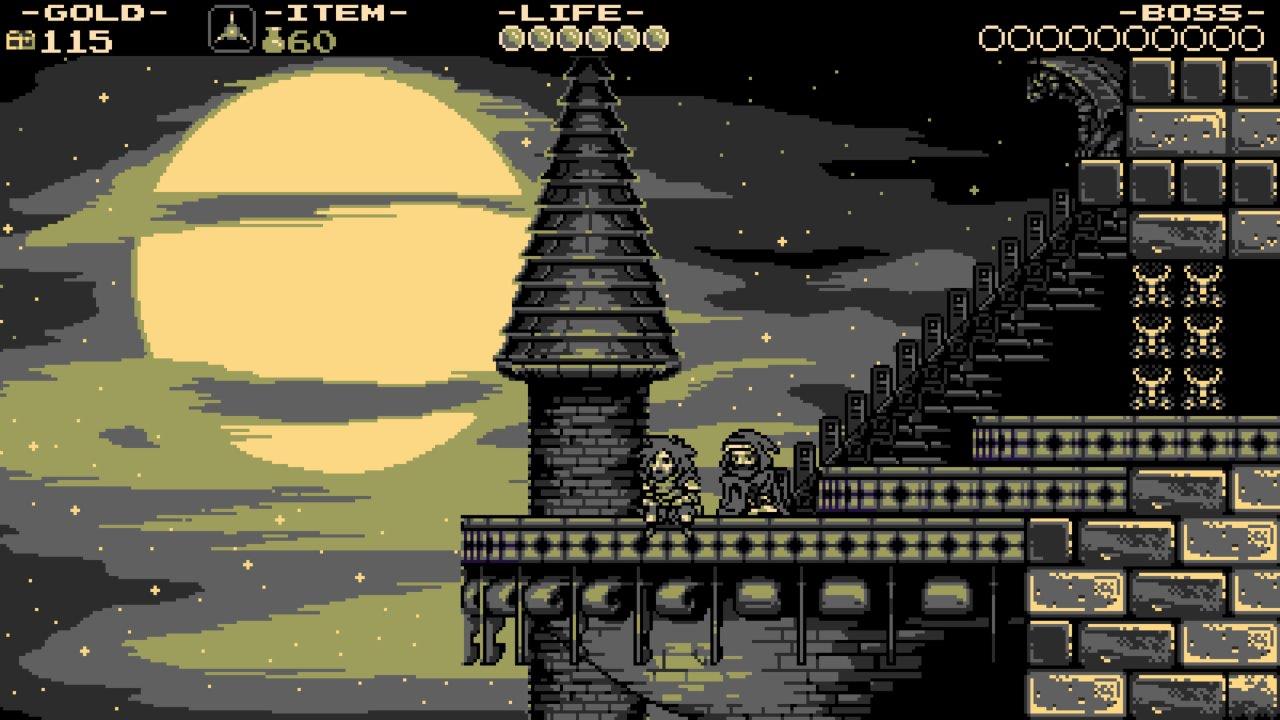 This expansion is a prequel to the main game and follows Specter Knight as he takes on updated versions of the stages from the original game and faces off against the bosses from Shovel Knight to recruit them into the army of the evil Enchantress. During the game, you learn more about Specter Knight’s origins and how he became the undead servant of the Enchantress. I thought the story was excellent and made the original game’s story richer by filling in some of the gaps. The story unfolds through sepia coloured playable scenes in between stages and I really wanted to finish each stage to learn more about Specter Knight. By the end of the game, he had become my favourite character in the Shovel Knight series.

There are some new control mechanics in the Specter Knight’s expansion – including the ability to run up walls and wall jump. However it was the ability to perform a diagonal mid-air dash attack that had the biggest impact on the game. It makes Specter Knight a much more agile, faster and more fun character to play.

Traversing levels and killing foes with a diagonal slash was very satisfying, although this attack did make the boss fights a bit too easy. Shovel Knight was more restricted in his attack patterns so a lot of the fights required more skill, patience and timing. When you connect with Specter Knight’s diagonal slash you can chain them for multiple attacks – I could often get 3 or 4 hits on bosses at a time. Aside from one boss, I beat all of them on my first try. After finishing Specter of Torment, I went back to try Shovel Knight again and found I much preferred playing with the more manoeuvrable Specter Knight. 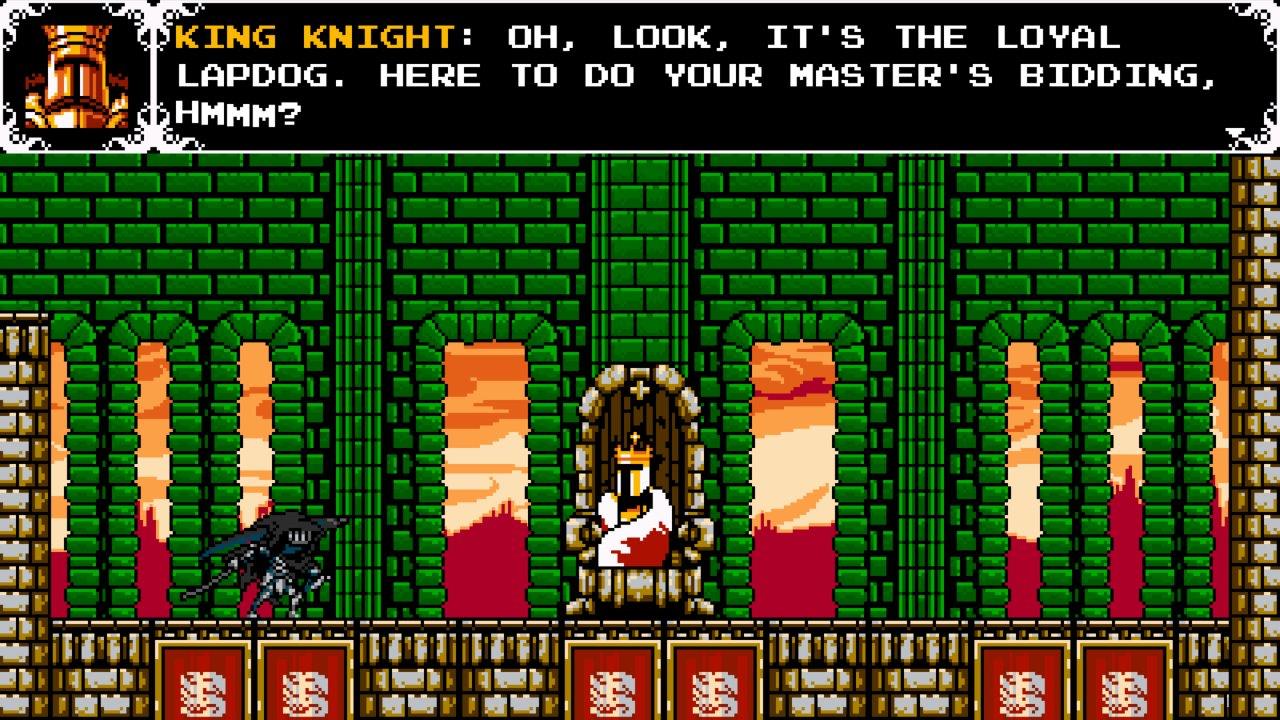 Although the diagonal slash made the game more fun and fluid, it was also the cause of a lot of frustration when it resulted in me accidentally speeding into a chasm. This happened quite a lot, particularly in a couple of areas of the game where slight mistakes in timing resulted in certain death. As you progress in the game, you can buy new skills using red skull collectibles. These new skills aren’t mandatory but they definitely help if you are finding some of the platforming difficult. I barely used some of the abilities, but I did find that the ability to float was especially useful in avoiding death.

The graphics and music are excellent, just as in the original game, but the hub town is now in the Enchantress’ castle – where you will find merchants to buy new armour and abilities. It was a nice contrast from the sunny town in the original game and you still had the random NPC’s that you can speak to, just with a darker twist –  like the skeleton looking for the skull of his wife or the witch that wants to give you the kiss of death! You no longer have access to the Super Mario Bros. 3 style overworld map and instead use the castle as the hub to access each level, more in the style of choosing a stage in the Mega Man games. The levels can be tackled in any order, although the game gives you an indication of the difficulty based on the gold you earn for beating each boss. I found it best to play the easier stages first to collect enough red skulls to buy abilities and make the difficult stages more manageable. 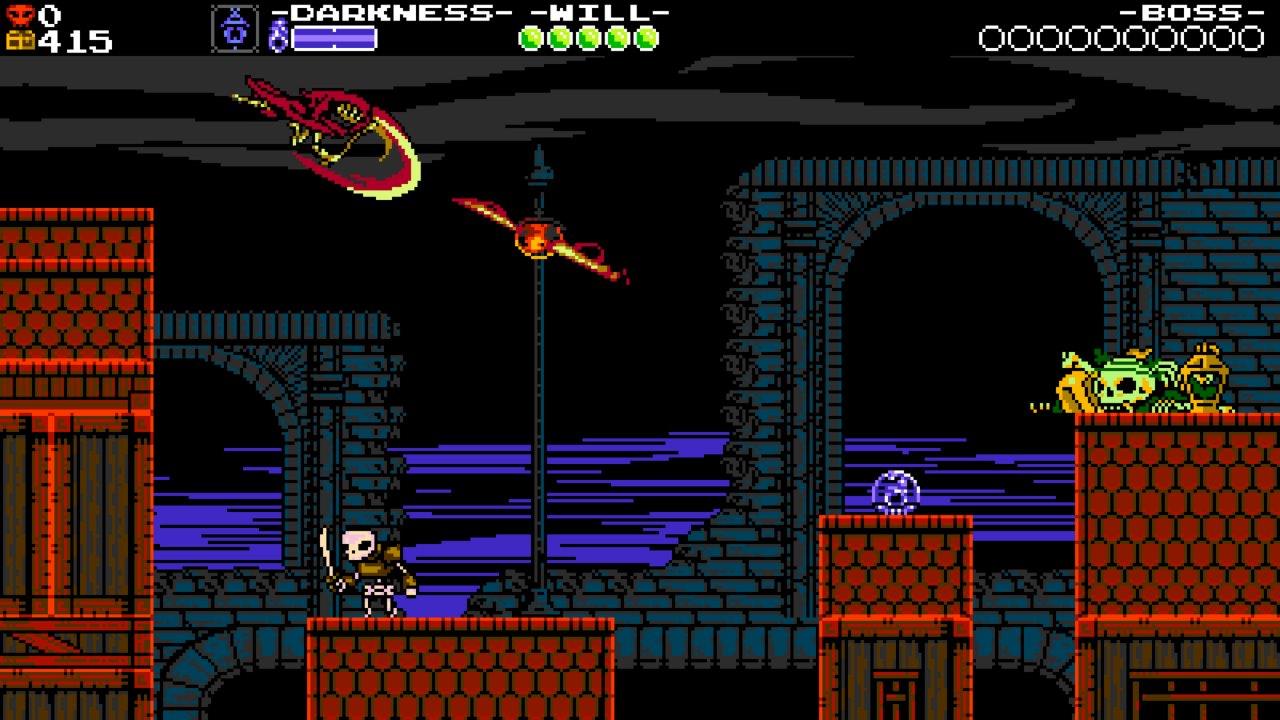 Something that really impressed me was the level design, with the opening level especially standing out! The first stage was signed perfectly to teach you the mechanics of the game without needing to bog you down in instructions and tutorials. It felt refreshing to have that in a game today.

The Specter of Torment expansion is not particularly long. It took me five and a half hours to finish although I think many people could finish it faster. There were two areas where I died far too many times and they alone added an extra 45 minutes to my playthrough. Despite greatly enjoying the game, I don’t see much reason to replay it.

It is impressive, when you consider Yacht Club Games created a 2D platforming, new IP that pays homage to old-school games with lore rich enough to deserve an expansion. Spector of Torment may not be the longest game, but the story, gameplay and charming presentation make this an excellent addition to the Switch’s library.

The Specter of Torment expansion really added to the game series with a better story and more fluid gameplay. Its not particularly long, but the fun, challenging, old-school platforming makes this a game worth playing.

I would recommend buying the Treasure Trove edition with the original game and the two expansions and playing them in the order of release. It’s a great package and Specter of Torment is the strongest of the set.