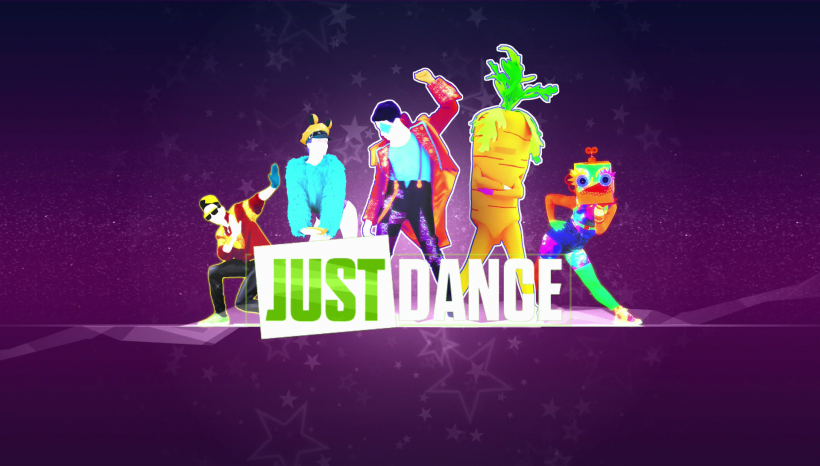 As someone who was overactive as a kid, I can appreciate what Just Dance 2017 is bringing to the table as much as any casual fan; an opportunity to get moving, enjoy doing it, and make a game out of the activity. That’s where Just Dance 2017 for the Nintendo Switch comes in, as it’s one of the easiest ways to jump in on this craze.

Armed only with what comes in the base Switch package and Just Dance 2017, you can play immediately – no extras required. Even better is the fact that you’ve got two Joy-Con right off the bat, so multiplayer is also possible. While I didn’t get too much into that aspect of the game, I feel that by playing every single song I can speak for single player and the mechanics with confidence.

Regarding the most standard of play modes, this iteration of the game has you choosing from over fifty-six songs and taking them on motion-controlled style; a handheld Joy-Con (or your cellphone when paired with the app and Wi-Fi) your connection to the screen. As you watch the dancers move to the songs you’ll have to copy them as close as you can, paying extra attention to the coloured hand of your chosen dancer as it’s what you’ll truly have to emulate. Mirror the dancer closely and you’ll be rewarded with a congratulatory exclamation – but fail to copy to the game’s satisfaction (it’s pretty lenient) and you’ll instead get an “X” and fail that move. While it seems impossible to fail a song, getting a single star seems like a poor consolation prize for your bad dancing.

Other modes include the three-round CPU battle “Dance Quest,” the cardio-fueled “Sweat Mode” that tracks your burned calories, the YouTube like “Just Dance TV” where you can see the uploaded videos of people (not on Switch obviously) performing the songs, and the musical-like “Dance Matchup” which mixes songs together. As for “World Dance Floor,” it’s the equivalent to an online leaderboard mode and will contribute to a world ranking of sorts should you care to take that route.

New in this iteration however, is the “Just Dance Machine;” a mode where you use your dance power to help fuel a strange alien ship, unlocking further dance styles as you progress, and mixing it up with different modes and a less recognizable soundtrack. It’s a novel idea, but in practice it’s a little lacklustre as a play mode – though might be a good as a future tutorial type mode. Props to Ubisoft for trying something new, but the hook just isn’t there in its current form.

Looking at what’s offered, there are plenty of options to play – though they’re mostly just variations on the main theme; copying the songs. Scored or ranked in different ways, the only real outlier modes are the viewer-like Just Dance TV and the awkward and lacklustre Just Dance Machine… and man, are they ever outliers.

Okay, so how about the songs right? Well they’re not disappointing, but they are a bit limiting on the base end. Fifty-six seems like a big number, but when you only enjoy the music or dance to about half (or less) then it’s really not as enticing. I consider myself a pretty eclectic person, but to me it seems like they chose songs that were popular and not just songs that worked well; as evidenced by the extreme selection of awesome songs that come with the Unlimited subscription. Ah Just Dance Unlimited – the service of which you get a free three month trial on Switch, but have to pay $29.99 a year thereafter. It’s an awesome little service that offers over 200 additional songs, though being that the game itself is fairly expensive I definitely think they could’ve done with a little longer of a trial. I’d be more inclined to pick it up for a year had I been given six months to play around, but three months is barely enough time to get used to the base songs (let alone try the others).

As for how the game plays and works, it does so well enough for not having a camera to track your movement in space. The Joy-Con are quite accurate motion controllers, and moving the way the dancers do on screen works if you’re even remotely close – but therein lies the rub, as while it’s pretty accurate in theory, the game can be a bit skewed on its forgiveness. Sometimes you’ll make a move perfectly and get a fail marker, while other times you’re a little slow or not as accurate as you meant to be and it’ll register as perfect. These issues are mostly edge cases however, and I found that for the songs I could get nearly perfect on I could do it consistently – though even for the songs I couldn’t, I managed around the same score each time. It’s definitely not perfect, but it works much more often than not.

Looking past the mechanics and options, Just Dance 2017 is a game that presents itself well enough in action and sounds pretty great while doing it. While the graphics you see on the screen aren’t the highest quality, they’re always perfectly usable and never do they obstruct your gameplay. There are “jaggies” here and there, but this isn’t the kind of game that’s ruled by its graphics. Sound quality, accuracy of motion detection, and being able to discern the moves the dancers on screen are making are the most important parts – and they all work as well as can be expected given the limitations of the system.

So it’s simple to follow, easy to join in, there are some good songs – but they aren’t all to everyone’s liking or fun to dance to, and the Unlimited subscription you get for buying should be longer. The presentation and instructions are good for the most part, and the songs are high quality and sound just as they should even at high volumes, but the question remains; should you buy it?

Speaking as someone who has spent over ten hours of solid gameplay taking on all the Just Dance 2017 base songs (and some of the Unlimited songs) to compile my review, I’d have to say this game is a definite buy if dancing games, exercise games, or simply competition are your thing. Fun for all ages, guaranteed to have at least a few songs you’ll like to dance to in the base game, and expandable if you’ve got the want and/or need, Just Dance 2017 is most certainly a game worth playing – just don’t expect it to be perfect, or cheap.

Just Dance 2017 is a good way to introduce new players to the game, or to get friends in the game with you – but as for accuracy, it’s not the best. That said, you’ll probably be having so much fun dancing to the Sumo version of “Hips Don’t Lie” that you won’t even notice the hiccups.