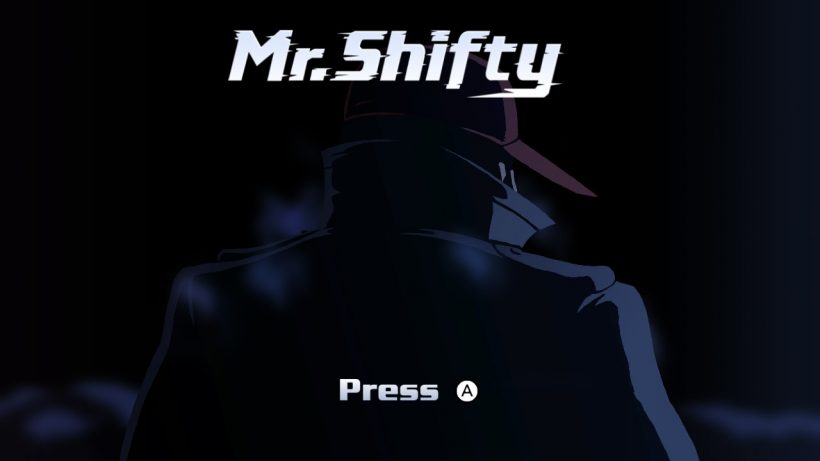 He looks a bit dodgy, but he’s alright.

Do you remember that scene at the start of X-Men 2 when Nightcrawler was teleporting around the Oval Office, dodging bullets and taking out all of the President’s bodyguards? Imagine those abilities but in a top down action game similar to Hotline Miami. That’s what Mr. Shifty is like. The premise is kind of silly, but purposely so.

You play as a teleporting thief that enters a building full of thugs and traps to try and steal the mega plutonium from the evil Chairman Stone. The story is straight out of a cheesy, over the top 80’s action movie. The plot didn’t have much depth, but that didn’t matter – because Mr. Shifty is all about fast-paced action.

Using Mr. Shifty’s teleportation powers, you progress through each floor of the tower filled with Chairman Stone’s henchmen. There are only two main buttons to use (aside from the analogue stick); teleport and punch. The gameplay is fast, fluid, and makes you feel like a bad ass. When enemies see you, they will charge towards you. 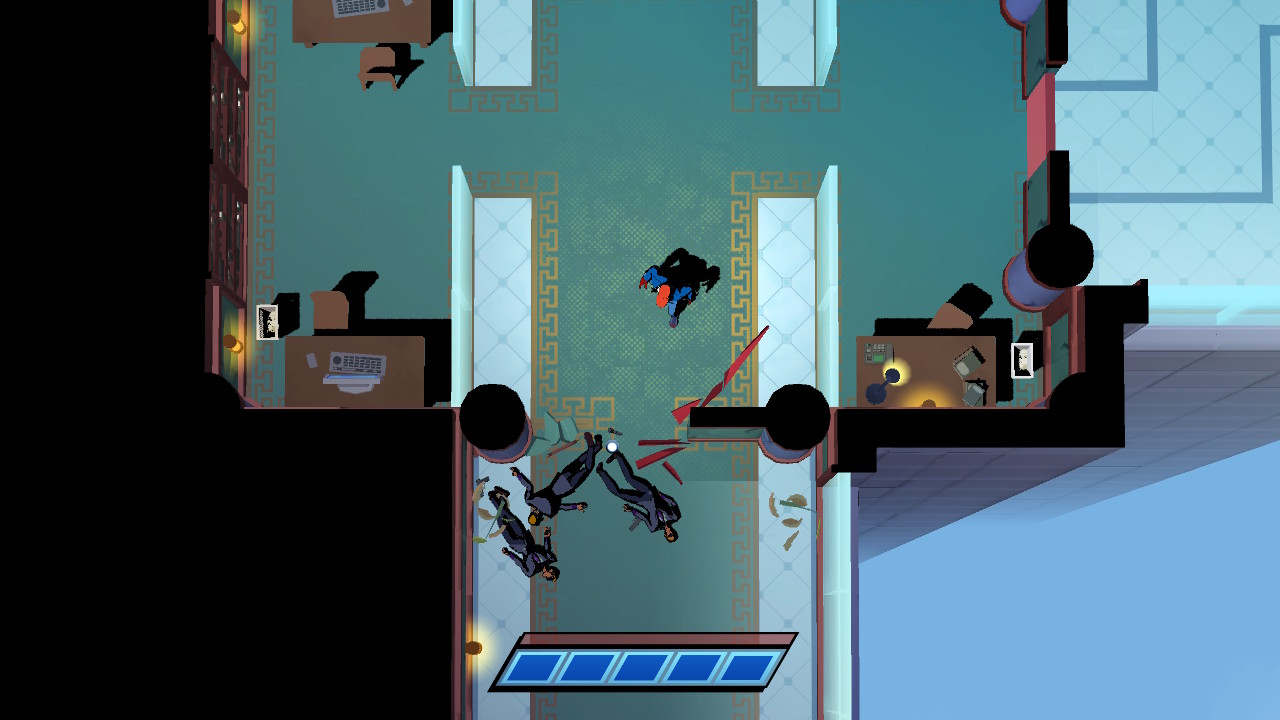 It’s easy to stand behind a wall and wait for someone to come closer so you can hit them, and then run away and hide from other enemies – but that’s not a fun way to play. The real enjoyment comes when you take a big group of enemies head on, and then shift around the screen landing punches until they are all down.

Similar to Hotline Miami, you die if you get hit once, but the teleportation ability gives Mr. Shifty an edge over the bad guys. It feels so satisfying to clear a room in seconds by executing a string of teleports; evading bullets, appearing behind unsuspecting enemies, and taking them all down without getting hit.

As you take down henchmen you charge up your slow motion meter. Once charged, the next time a bullet gets close to Mr. Shifty, he automatically enters slow motion. Enemies slow down for a few seconds, giving you the chance to take them down. The game keeps things fair however, by having a limit of five teleports before it needs to recharge. It gives a nice balance to the game so that you can’t abuse the power. You can also grab weapons to use in the game like brooms, wooden poles, and even fruit (somehow you can take down a ninja by throwing some fruit at them!). Out of all the weapons available, I found the Golden Shield to be – by far – the most fun. Mr Shifty can toss it around like Captain America, taking out multiple enemies at a time. It was also one of the few unbreakable items, so it became my go to weapon whenever it was available.

Mr. Shifty’s abilities don’t change, but as you progress in the tower new challenges are introduced – with examples such as enemies with shotguns, turrets that fire homing missiles, areas where you can’t shift, or enemies with flame throwers. You’re kept on your toes at all times, but the difficulty is fair. There were two sections of the game in the final couple of levels where I started feeling frustrated due to the difficulty spike, however for the rest of the game the difficulty felt just right. Each time I died, I was just more determined to get through the level.

One area where I felt the difficulty should have been harder was the final boss. After struggling to get through the final stage to reach him, I found him to be no challenge at all. I would have preferred a more climactic end to the game.

As for the graphics, they look stylish and add to the comic book superhero vibe. The music wasn’t especially memorable, but it suited the game well – and the sound effects were realistic sounding, especially for gunfire and glass smashing.

The game’s performance however, was an area of concern. I experienced slow down at times, especially on the last two levels when there were a lot of enemies on screen in addition to frequent explosion effects. Annoyingly the frame rate dips resulted in some unfair deaths. I also encountered two crashes; one on each of the final two levels. Obviously it’s not great to have bugs, but I was still left with a positive impression overall – simply because the game was so enjoyable. 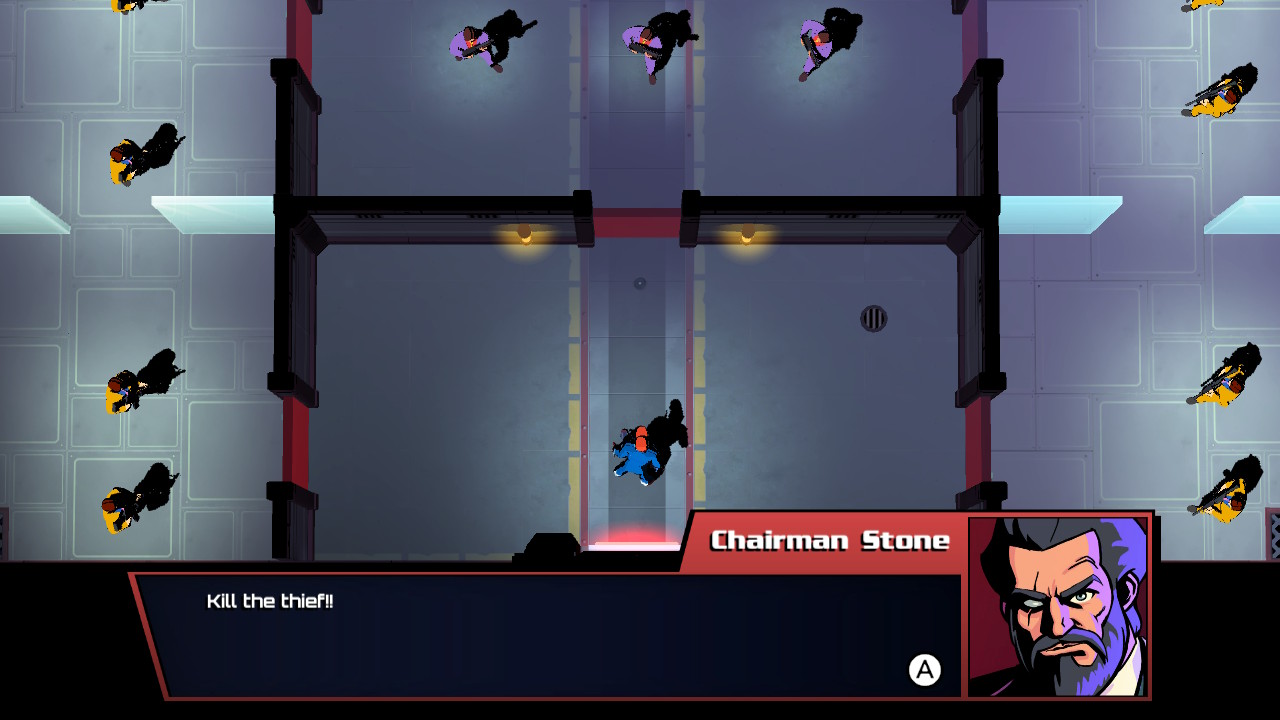 The game took me six hours to finish. There are eighteen levels, and each level is split into multiple rooms. The length of each level varied from ten minutes for the early stages, up to thirty minutes for the final stages. There is some replay value in trying to better your time, but without a score system or online leaderboards I didn’t feel there was much incentive to play the game again just to beat my own record.

In the end, I put down Zelda to play Mr. Shifty – and it felt like the perfect change of pace. It was refreshing to play a fast-paced action game where you are reliant on your instincts, with no complex story or collectibles to distract you. Thankfully, Mr. Shifty is all about gameplay, and on that front it delivers.

Although Mr. Shifty is clearly inspired by Hotline Miami, it sets itself apart with the speed of the gameplay and the focus on quick reflex action. The Nintendo Switch version has some bugs as at launch, and the game can be beaten in just a few hours, but the fun and addictive experience makes this a worthy addition to your Switch library.