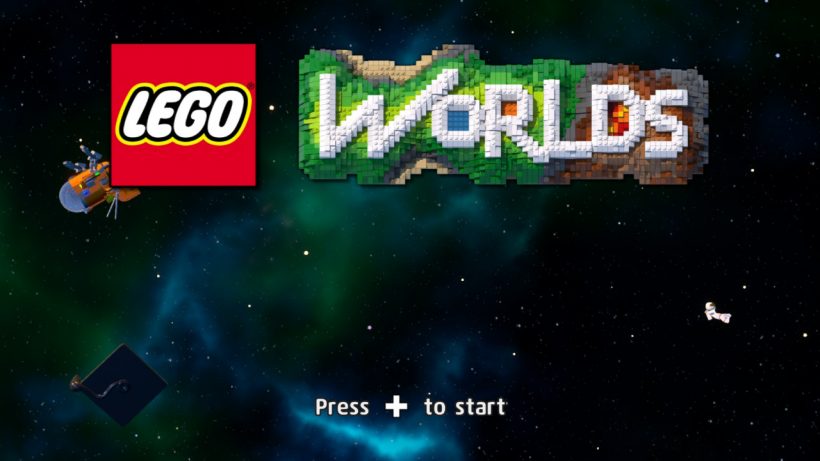 Multi-size blocks over a loose foundation.

LEGO isn’t only a famous line of block building toys, but it also found a very successful spot in games, with its many crossovers with equally successful franchises. Nowadays, you can find a LEGO game about pretty much anything – or at least that is the impression. There are LEGO games on medieval worlds, on magic worlds, on superhero worlds, among many many others. What you couldn’t find until recently was a LEGO game about… LEGO.

LEGO Worlds is this exact premise. Instead of having a story-driven platform experience inside a famous franchise setting, you now have a non-linear sandbox game that takes place in many procedurally-generated worlds. The most obvious comparison would be to call it a ‘LEGO Minecraft’, but that would give the impression that the game is much better than it actually is, and… well, we’ll come to that soon. 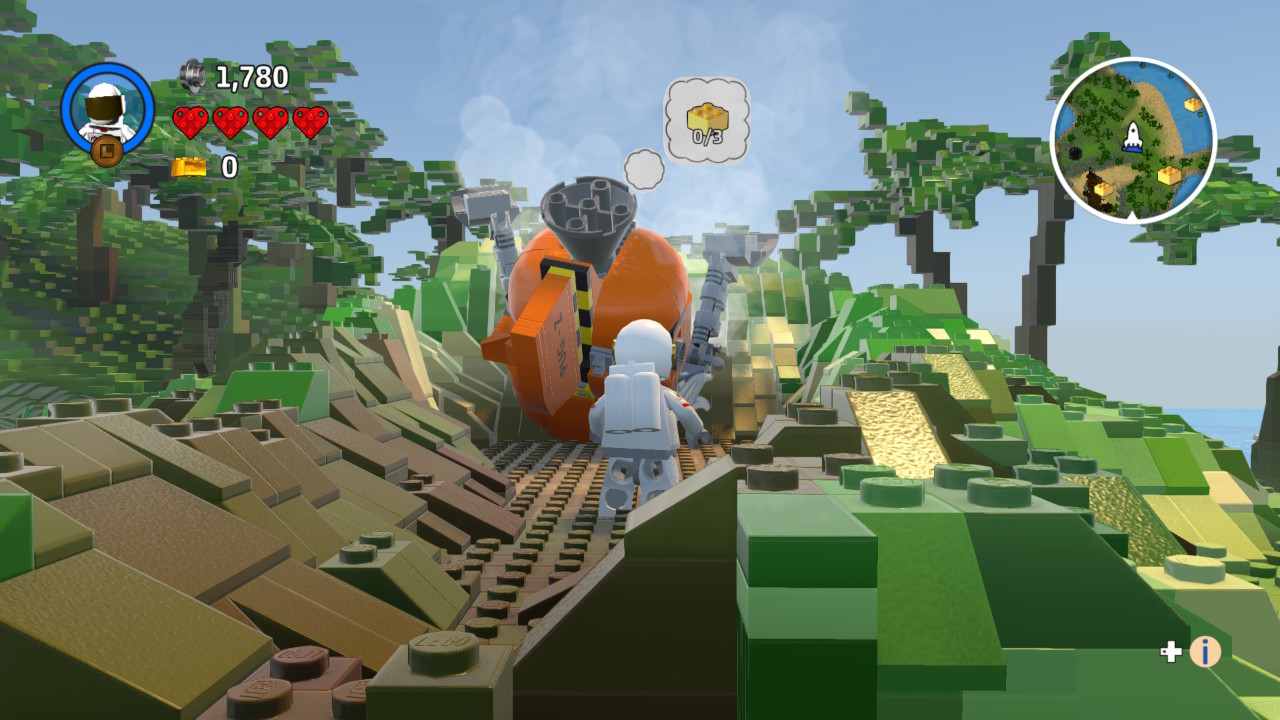 First things first, LEGO Worlds’ main campaign puts you in control of an astronaut LEGO character whose main objective is to become a master builder. Your journey does not start well, though, and your spaceship crashes on an unknown planet. You must then gather a certain amount of golden blocks to repair your ship. To achieve that, you must complete short quests given by the NPCs who own these special blocks.

While the main campaign works as a tutorial for LEGO Worlds’ building mechanics – giving you each new tools progressively (in company with quests that demands that specific tool), it does have a very strict and repetitive structure. Over and over again, you go to a new world, complete quests for NPCs and get golden bricks to refuel your spaceship. Each of these worlds is procedurally generated, and there’s quite the variety of them: from prehistoric landscapes to pirate adventures – each world has its own look and specific items to be discovered, which is cool. 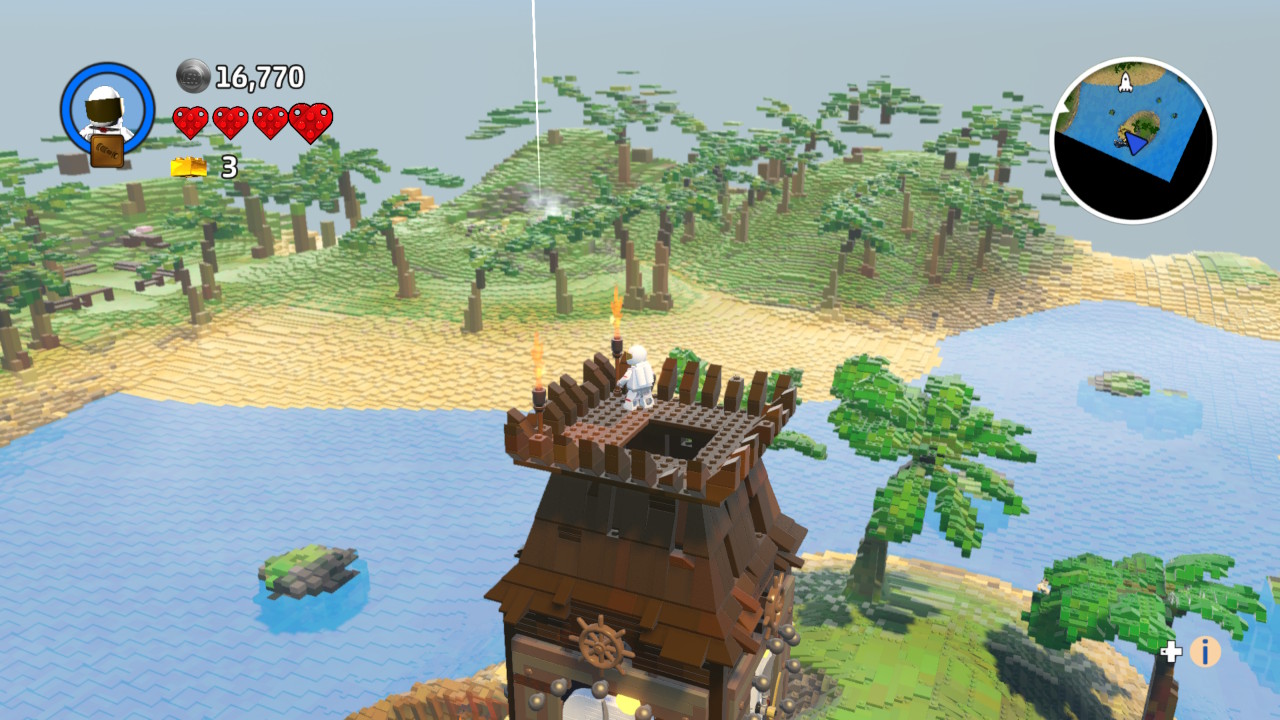 Here comes one of the first big problems of LEGO Worlds: due to its randomness, you will hardly find more elaborated quests or level design. You may get to a new world only to find some new fetch quest, in which you must deliver a specific item to said NPC. Your reward? Maybe an item to be another quest, maybe another golden brick. The quest system eventually progresses to more complicated objectives, but LEGO Worlds has two distinct game philosophies that comes in conflict on said moments: on one side, it wants to provide objectives and a challenge to be dealt with; on the other hand, you have no limits on your building and terrain-shifting skills. So, the thrill of overcoming a small dungeon totally disappear when the easiest and most efficient way to do so is by breaking a wall into the final chest loot. Worst is to do that only to get one more golden brick.

You could say that this freedom is exactly what makes games like Minecraft interesting, but LEGO Worlds lacks two important elements to make everything more meaningful and fun: the survival and resource mechanics. You can hit Y to attack, using your punches or any equipped item, but that hardly comes into play. You do have hit points and can be damaged by enemies that are scattered through the many worlds, but combat is clunky and unresponsive – not to mention that the camera may be the worst enemy you’ll ever face. The best option is to always ignore enemies and keep going – and, strangely, they’ll do the same with you. 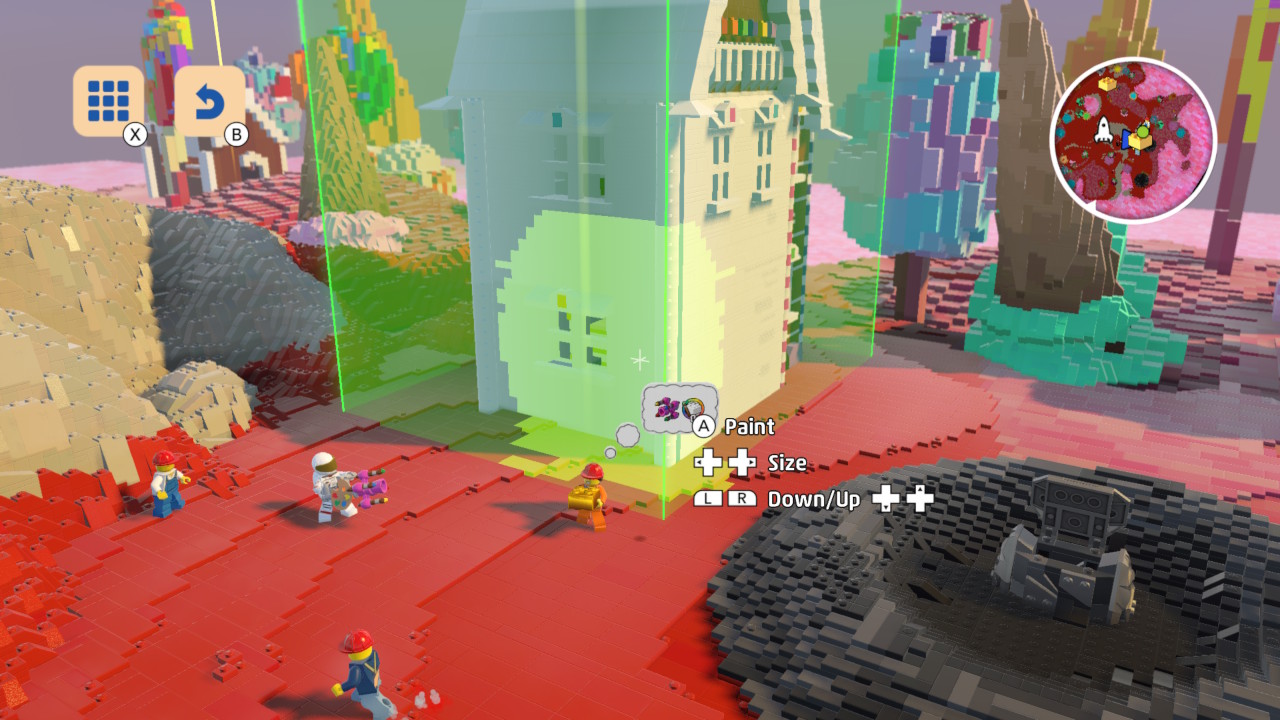 After you finish the first few worlds and gather the different building tools, you then can change the landscape and create anything from the get go. Some of the items need to be discovered in the game first to be unlocked on your building menu using the studs that are the staple LEGO game currency, but after doing that you can summon them anytime, anywhere and as many times as you may want. This is expected in the sandbox mode, but being able to do that during the campaign makes everything loses meaning. In Minecraft, things like diamonds are important resources because they are rare and difficult to find. While it’s very cool to be able to summon a dragon you can use to mount, it isn’t as impactful when you do that for the eleventh time to get to a higher place and – surprise! – get a golden block.

I really must praise LEGO Worlds‘ creation tools, though. Each world is built entirely out of LEGO blocks, which is quite impressive. They have many different formats, sizes and colors – so if your catch is to get creative at building things, LEGO Worlds has all you could want to lose yourself in. By holding X, you get access to a tool wheel with options to summon items, terraform the land, paint blocks, copy-paste items, among others. You can even get deep into the block-to-block creation and get into playing actual LEGO with LEGO Worlds. These creative tools and sandbox mode could even compensate for the poor main campaign – if it wasn’t for the game’s poor performance.

While the worlds built in LEGO blocks are cool to look at, the draw distance on Switch is very poor! The starting worlds aren’t even that big and you still can’t see up to their borders. If it is a problem with the landscape, it gets into catastrophic levels with NPCs and objects placed in the world – as they are constantly popping in just as you get near them. Add to this mess the ever-oscillating frame rate, and you have a nightmare performance. As you can guess by this point, due to these issues, I can’t really recommend LEGO Worlds to many people – hopefully a future update will look to fix these issues. If you’re really into free-building tools (but really, really into), it may be something for you. Even in this case, I would say you have better options on other games, such as Minecraft itself. If you’re looking for a single-player LEGO experience, though, you can get something better with any other LEGO game. Check out our LEGO City Undercover review, for example. LEGO Worlds is a game full of wasted potential. It has a very robust creation tool, but it is completely overshadowed by a repetitive and uninspired gameplay looping, and a very bad performance overall.