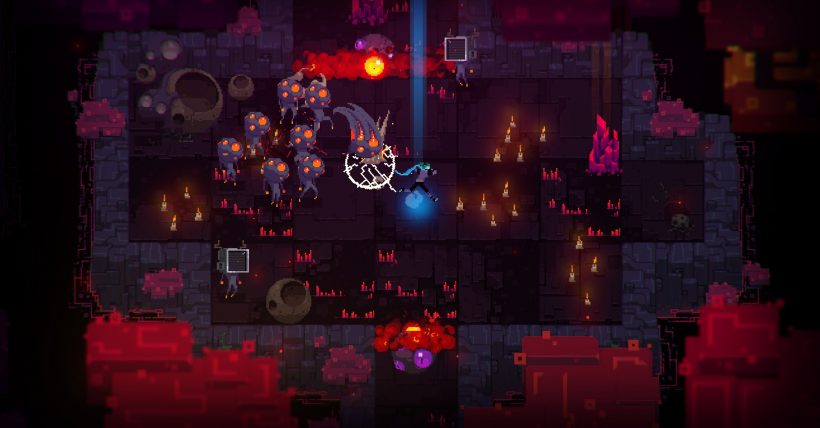 The folks at tinyBuild and Bread Team are bringing their self-proclaimed “hardcore neon slasher” Phantom Trigger to the Nintendo Switch during the summer months.

Phantom Trigger is a hack-and-slash roguelike with RPG elements, in which the player controls Stan on a “journey through surreal and twisted worlds.” It features a “deep” combat system with a core focus on unlocking combos and weapon upgrades.

Although it’ll contain some roguelike-style dungeons (which typically means procedural generation), the development team want to spice up the story elements by inserting hand-crafted level designs into the mix, as well as a branching story path with multiple endings.

The roguelike RPG is currently in alpha on Steam, though it has not yet been confirmed for any home console other than Nintendo Switch. The official Bread Team Games website does state that Phantom Trigger could possibly release on “other platforms this summer,” but the post in question was published back in March.

Bread Team Games is the two-man development studio behind Divide by Sheep, while tinyBuild is the incredibly active publisher behind games like Punch Club, Party Hard, Clustertruck, and No Time to Explain.