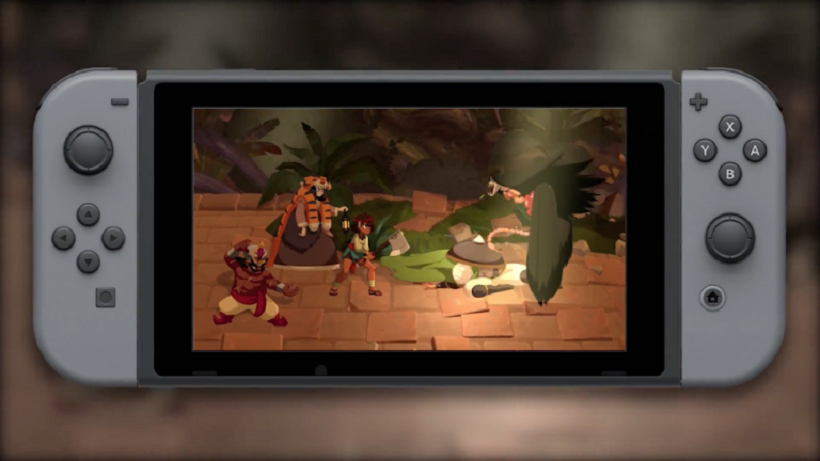 Lab Zero Games (the studio behind fighting game Skullgirls) have today announced that their hybrid platformer/RPG Indivisible will be coming to the Nintendo Switch.

Originally announced for the PS4, XB1 and PC, Indivisible raised over $2million on crowd-funding site IndieGogo back in December 2015. The newly announced Switch version is due to launch alongside these versions in 2018.

Here is what the official website for the game has to say about this intriguing looking title;

Indivisible tells the tale of Ajna, a good-natured tomboy with a rebellious streak. Raised by her father on the outskirts of their rural town, her life is thrown into chaos when her home is attacked and a mysterious power awakens within her.

Indivisible spans a huge fantasy world inspired by various cultures and mythologies. Throughout Ajna’s quest she’ll encounter many “Incarnations:” people whom she can absorb into herself and manifest to fight alongside her. There are many Incarnations to recruit, each with their own story and personality. By uniting people from far away lands, Ajna will learn about herself and the world she inhabits.

A collector’s edition of the game for the Switch was also announced, which is sure to be of interest to those that prefer physical releases;

Check out the trailer for the game below, it sure does look beautiful! Let us know in the comments below whether you will be picking this up when it launches next year!