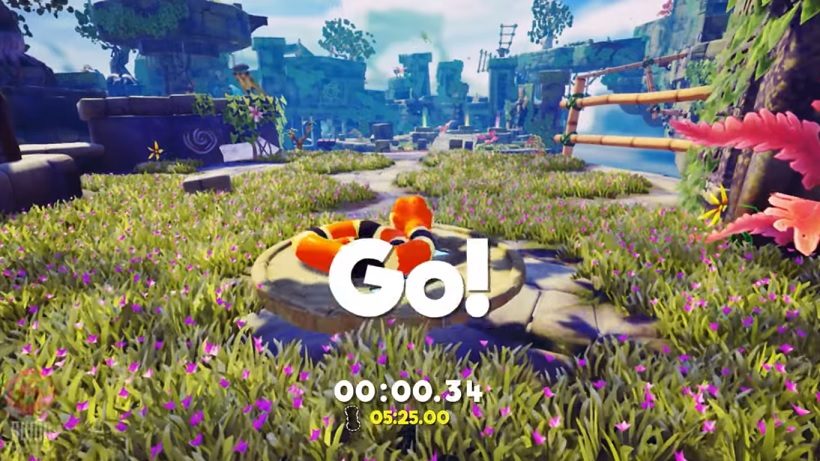 Sumo Digital have finally put out the patch we’ve all been waiting for, taking Snake Pass on Switch to a whole new level of appeal.

Before we get into the plethora of fixes that Snake Pass has been treated to via this patch, I think it’s important to take a look at the big feature added with this update; Time Trials (and the leaderboards to go with them). While the improvements to what we had are certainly welcome, new content will always be the prime reason people return to a title – and Sumo Digital are packing some very enticing content into this patch.

So without further adieu, here’s a look at the brand new Time Trial mode.

It looks good right? Well the news gets even better, as the Switch version of the game has seen a host of new improvements with this version 1.2.0 patch – not the least of which is the performance boost we’ve all been hoping for.

A lot has been done though, so in the interest of scratching your itch for knowledge here are the Switch-specific notes first, followed by a list of improvements across all consoles.

Sumo Digital have certainly been looking to improve Snake Pass on all platforms, but with the Switch version being the worst performing we were obviously the most in need.