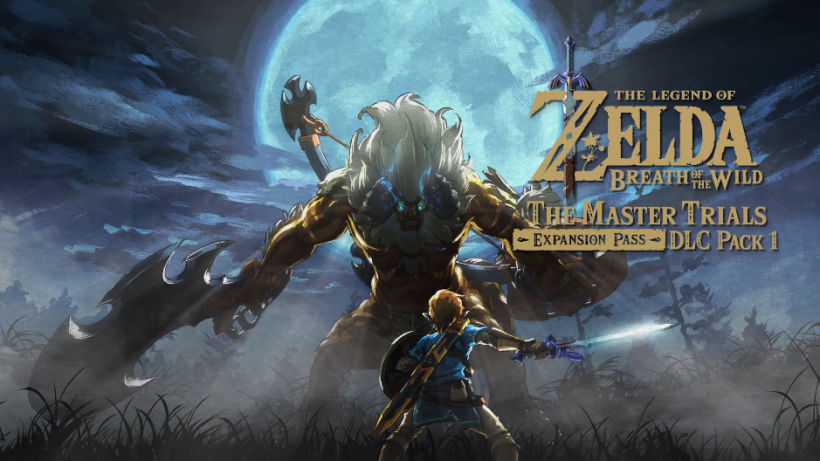 My views on paid DLC vary quite wildly. It really depends on whether I see it as something that genuinely enhances the game in hand, or whether I see it as something that’s been scrimped from the original release and used to simply fill the coffers of the developers. It also takes some getting used to that Nintendo have embraced the model at all, yet here we are with the first element of the expansion pass for The Legend of Zelda: Breath of the Wild; The Master Trials. Within this conception of words and pictures I’ll explain exactly what you get from this portion of the DLC, and whether I think it’s worth your cash at this point.

Of course, the real meat and potatoes of the expansion pass will not release until the Winter – a new dungeon, quest, and even more content inbound at that time, but since this is all contained within one package you’ll want to find out if you should pick the DLC up now… right? 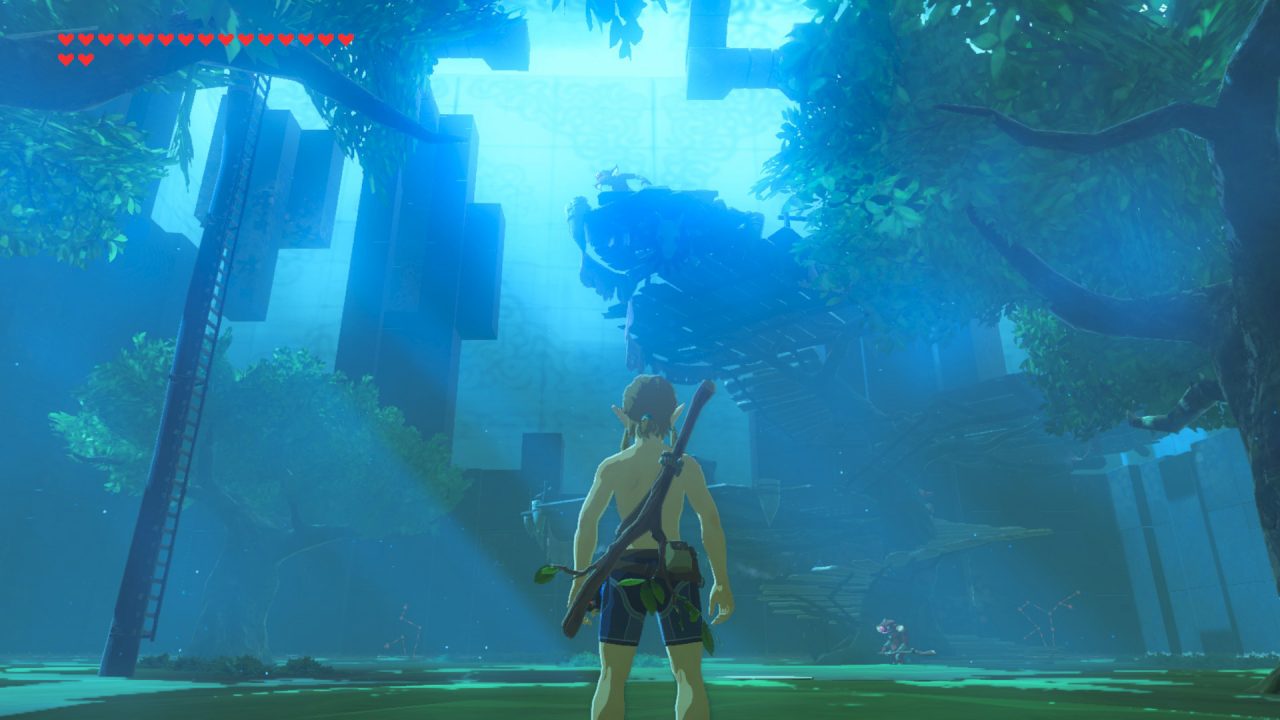 Trial of the Sword

This package contains quite a few new additions to enhance your experience, the most notable of which is the Trial of the Sword. If you have already located the legendary Master Sword, the game will alert you to a new mission and ask you to return to where you found the blade. By placing it back in the pedestal from which you got it, you’ll be warped to the first of forty five different levels – armed with nothing but the clothes you awake in and the Sheika Slate. No weapons, an empty inventory, and three Bokoblins dancing around a fire are your introduction. At least they let you keep your runes – albeit with the amiibo one deactivated. Within these constraints you’ll need to forage and scavenge weapons and food, all the while besting the enemies in these chambers before you. Think Eventide Island, but even more brutal.

This brutality is defined by the lack of a save option; if you die within this environment then you will have to start again from the beginning, or (if you are lucky) are simply bumped back to one of the few restore points… if you progress far enough. It’s also where one of Breath of the Wild’s most contentious features – weapon degradation – comes into play. Resource management and meticulous planning will absolutely be required, unless you want to be caught taking on a Hinox with a couple of arrows and a tree branch. You’ll probably also want to have as many hearts and weapon slots as you can going into this task, so get to locating those Korok seeds!

“What’s the point?” I hear many of you cry, and it seems that the entire purpose of this fiendish challenge is to unlock the full power of the Master Sword. As you may know, when you obtain and use the Sword it is somewhat limited – its power diminishing over time and requiring a recharge. Successfully completing this mode will allow you to use this classic weapon in its full glory. I wish I could tell you exactly how magnificent it is, but alas; this writer is yet to get to the end.

Luckily, it’s split into three distinct sections – and successfully completing each trial will allow to to start from that next section. It’ll also permanently power up the Master Sword a little bit each time, but passing a section does not save your weapons. If you start again from one of the two checkpoints you can reach, you’ll begin with nothing again. Good luck with that! 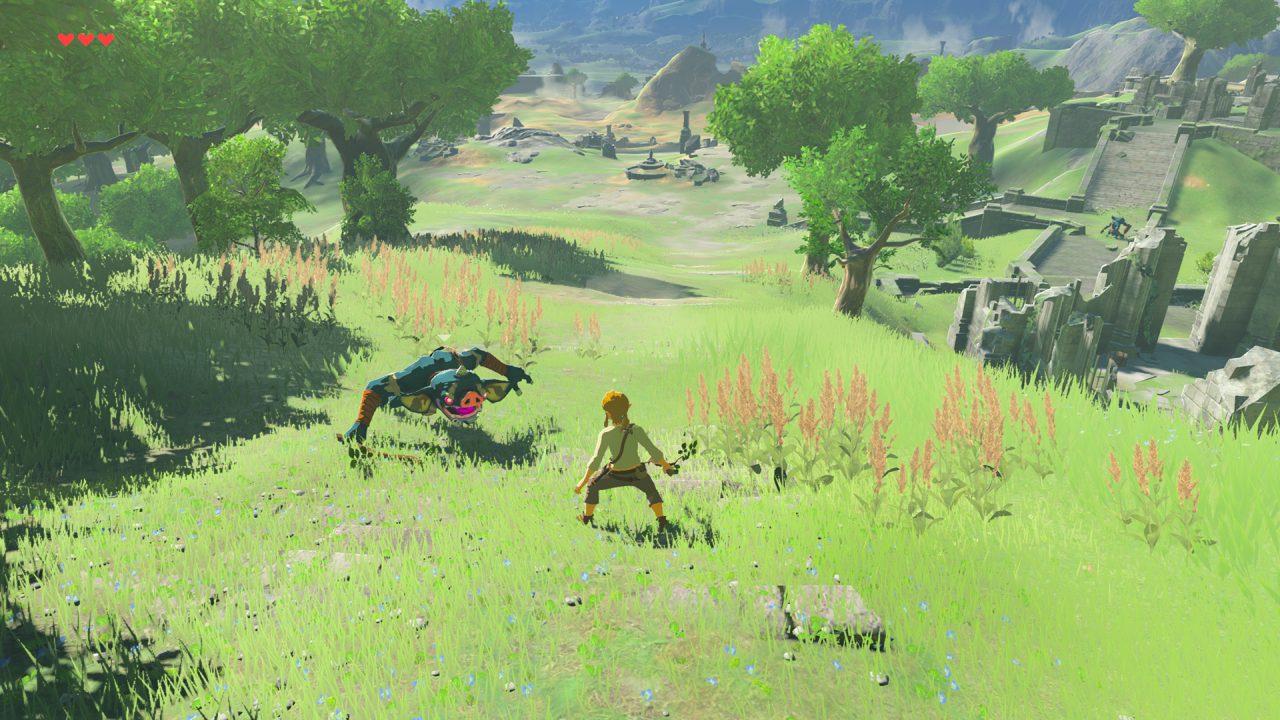 If – for some reason – you felt that the challenge of the main game was not up to the standard you expected, and you are some sort of sado-masochist who has bested the Trial of the Sword with ease, then Master Mode may be just for you. Not usually known for their perverseness, Nintendo have seen fit to (ahem) “reward” you with a mode designed to kick your backside.

Enemies within the game appear to have been upgraded to the next level, and even standard Bokoblins are enhanced to the next level up. Foes are now assigned different locations as well, including some of the game’s more deadly foes – like Lynels. Speaking of which, just for fun, there’s now a Lynel that can be immediately found upon leaving the Shrine of Resurrection (right at the beginning of the game). Seriously, good luck with that.

Oh, and as if that wasn’t enough, it appears that enemy health regenerates too. Not only are these versions of your foes stronger, but you are under immense pressure to defeat them before your attacks – and weaponry – are worthless. As I said, good luck; it’s a little too hardcore for me, though. 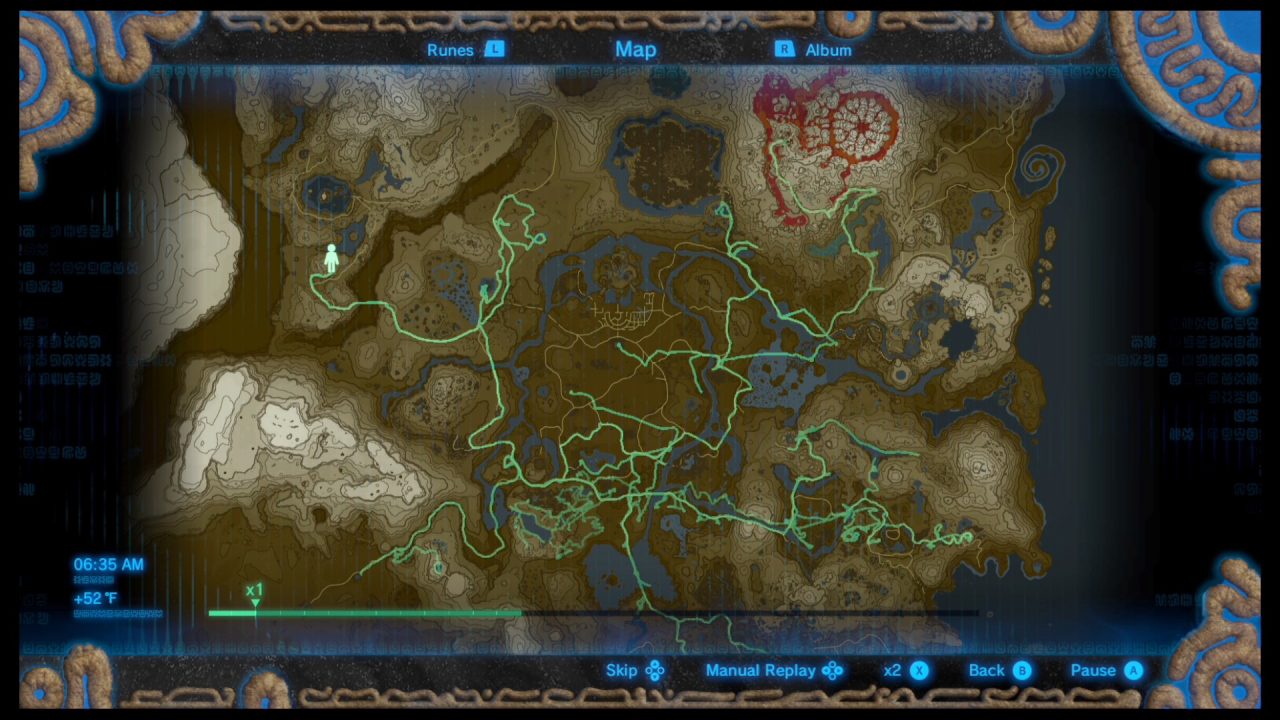 Something that you would have thought would have been more useful when the game launched, Hero’s Path is a fantastic new addition to the game which allows you to track the last 200 hours of your journey around Hyrule. In addition to seeing exactly where you have been – and when and where you died – it gives a great insight towards areas that you have yet to encounter and explore. 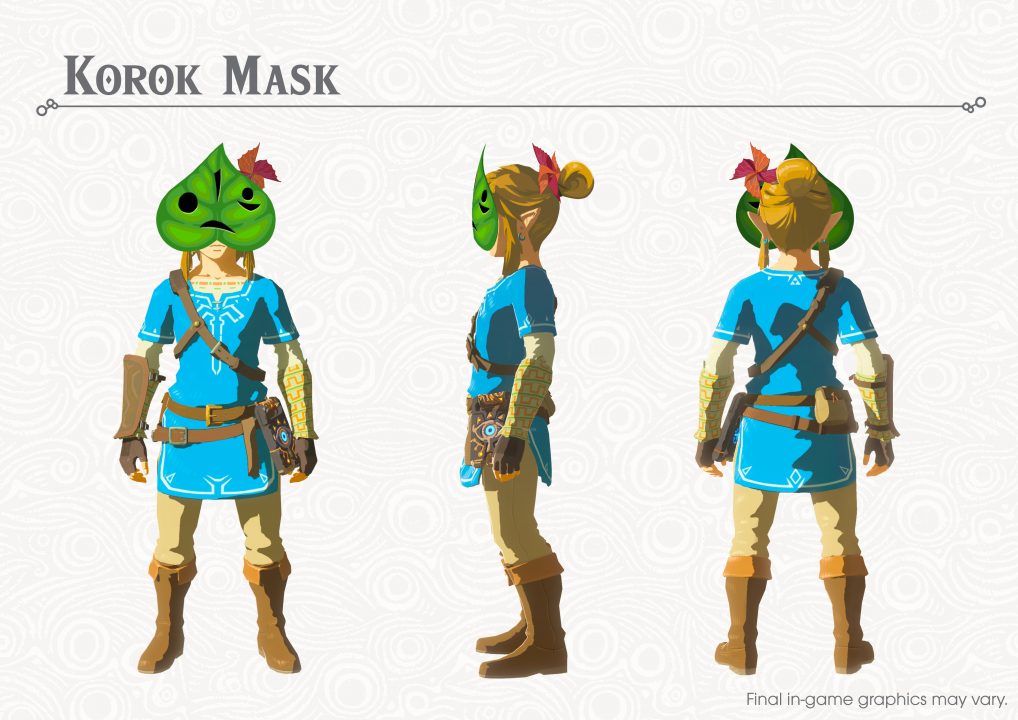 If you feel that some of the standard clobber available in the game is so last year, and fancy strutting around in the new, must have garments, then this DLC has just the thing for you. Rather than just giving the sets to you, you have a few new bits of kit to discover via quests that are designed to have you rummaging through Hyrule in order to find them. Whether you want to intimidate those around you with the imposing Phantom Armour and its attack boost, look somewhat creepy in your full-body Tingle suit (with a rather creepy night time speed boost), or simply blend in with the Majora’s Mask – these quests are for you. You can even grab Midna’s mask, which will give you a boost against those pesky Guardians; or go find a Korok mask, which aids in locating the Korok seeds littered around the landscape. There’s only 900 of those little critters dotted around, it’s not like you’ll need it or anything…

Rounding off this DLC package is the Traveler’s Medallion – which, when located, will allow you to create a teleport spot. Warping between the shrines and towers is fair enough, but you may have somewhere specific in mind, or have to get to somewhere remote repeatedly. This tool will enable you to do so with relative ease.

Also packed into the expansion pass are three chests dotted around Hyrule. One will give you a Ruby, another will give you a bunch of bomb arrows, and the last will give you a Nintendo Switch Tee. I suppose that last one is just in case you want to look snazzy, or maybe to tease those poor folk who probably still can’t their hands on a Switch yet. 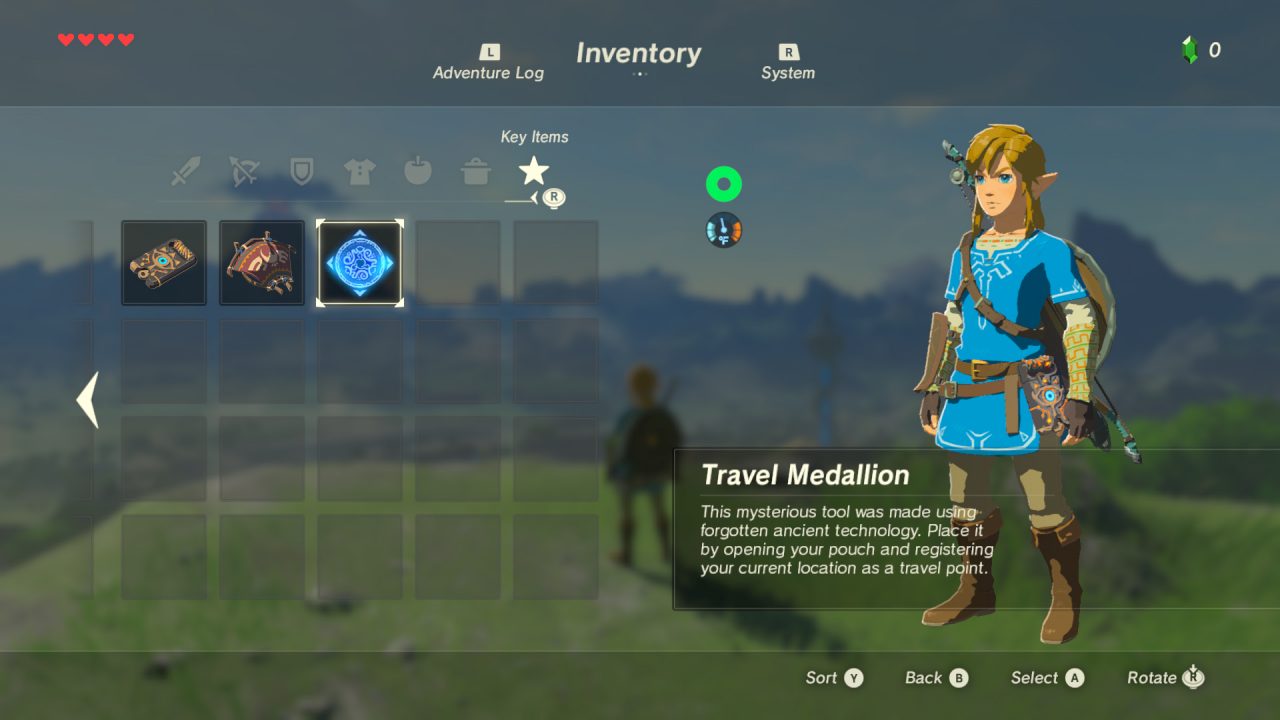 Right at the top I said that my view on DLC varied depending on whether it adds something to the game or not. Although Trial of the Sword is a great mode which will take many gamers a while to crack, nothing within this package feels like it couldn’t have been included easily the base game. The game has clearly been tracking your hero’s path progress from the off – only to unlock when paid for. The extra gear (although welcome) could easily have been in from the beginning. The truth is that it’s the Champion’s Ballad that most of us want, and this is just here to appease us until then.

As such, I can’t really tell you whether the expansion pass is worth the full price now – but it does give you a few things to get you back into Breath of the Wild. If you are looking for a reason to pick it up again (and anything here piques your interest), then give it a look. Otherwise, you may want to hold off until the second element arrives later this year.

One thought on “The Legend of Zelda: Breath of the Wild – The Master Trials”