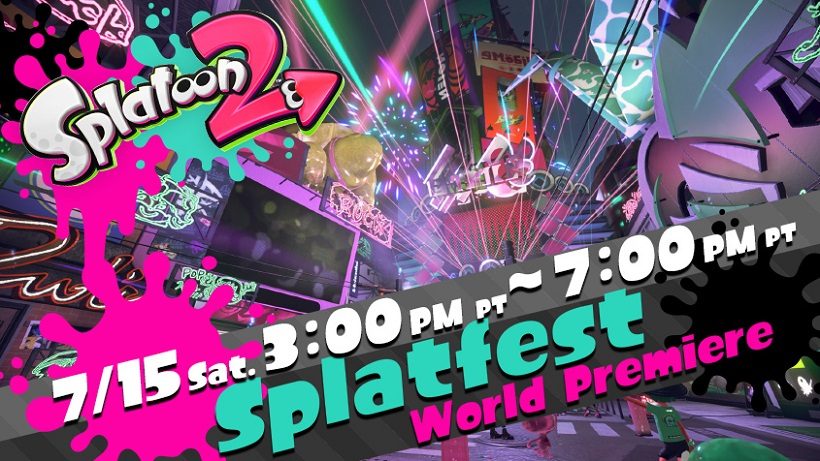 While you can already poke around in some of the demo’s bits, the real “meat and potatoes” of it goes live for only a few short hours this Saturday.

That’s right folks, the premiere Splatoon 2 Splatfest is set to occur nearly a full week before the game actually releases, and is set to run tomorrow (July 15th) from 5PM BST until 9PM BST (6PM to 10PM EDT | 3PM to 7PM PDT). It’ll have you competing across four maps, with four options for your loadout – and it’ll see you picking a side between the tasty “Ice Cream” and the scrumptious “Cake” in order to denote the teams.

Those interested should check out the schedule and loudout details below, as you’ll want to be prepared as best you can.

So have you grabbed the ~1.4GB Splatoon 2: Splatfest World Premiere demo yet? That should probably be your next step, as you can poke around a bit before you have to dive in.

PS; Don’t forget to pick up Splatoon 2 when it releases on July 21st. 😉