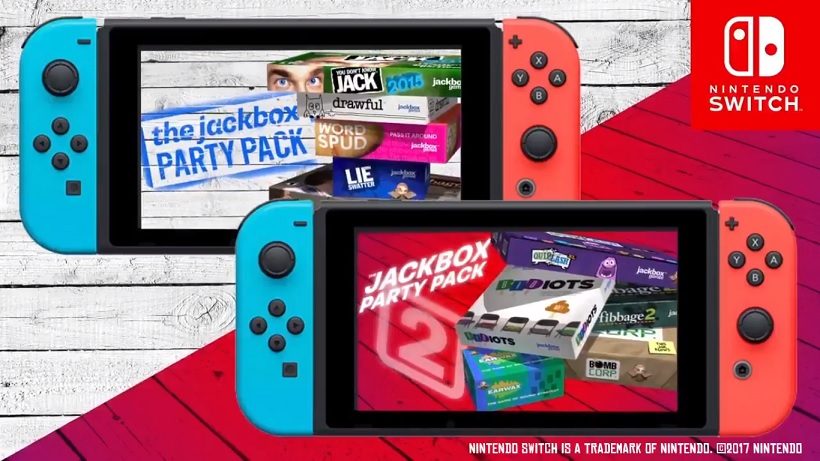 Jackbox Games have announced on Twitter that the previous iterations of their Party Pack titles will also be hitting Nintendo’s newest platform.

According to the latest from the developer, it looks like we’ll soon have access to the first two Jackbox titles – with their mini-games explained in brief detail (and as they were originally) below.

Does that sound good to you? Well here’s the announcement tweet to back me up;

The Jackbox Party Pack 1 & 2 are coming to the Nintendo Switch! Sign up for our email list to get early updates: https://t.co/MarbRcEXU4 pic.twitter.com/IMxGEU3LLP

Jackbox Party Pack 3 is already available on the system, and Jackbox Party Pack 4 appears to be an unquestionable assumption at this point, but now you’ll be able to get a hold of the whole set – once we get some release dates, of course.

Are you in for more Jackbox? Let us know in the comments below!