It looks like we’ll be tapping along to the beat in just over two months. 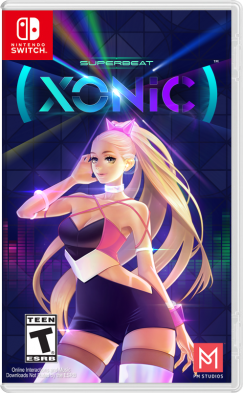 PM Studios and Nurijoy are bringing their rhythm based music game Superbeat: Xonic to North America this October, with the game set to release both physically and digitally in the region. It’ll be priced at $39.99US / $54.99CAD on release, and is set to feature over fifty songs and 200 play patterns on our lovely hybrid platform.

The key features of the game include;

Rhythm on Switch – PM Studios will bring you back to the beat once again with the high-speed, intuitive system and touch controls found only in Superbeat: Xonic.

Modes that Fit You – Depending on your skill level, you can choose between 4TRAX (beginner), 6TRAX, and 6TRAX FX (master). The handy tutorial mode will always be available as well.

Massive Play Patterns – Are you ready to groove to the fantastic music selection and master the monster patterns thrown at you? Get your skills up with Free Style for endless game play!

Real-Time DJ Ranking – Check your ranking in real-time in both local and worldwide ranking! Ride your way to the top of the charts and become the best DJ!

Superbeat: Xonic is set to release October 3rd in North America, with no word yet on releases in the other regions. That said, I can’t see it skipping them – and the Switch is region free in the meantime…

0 thoughts on “Superbeat: Xonic is Headed to Switch This October”