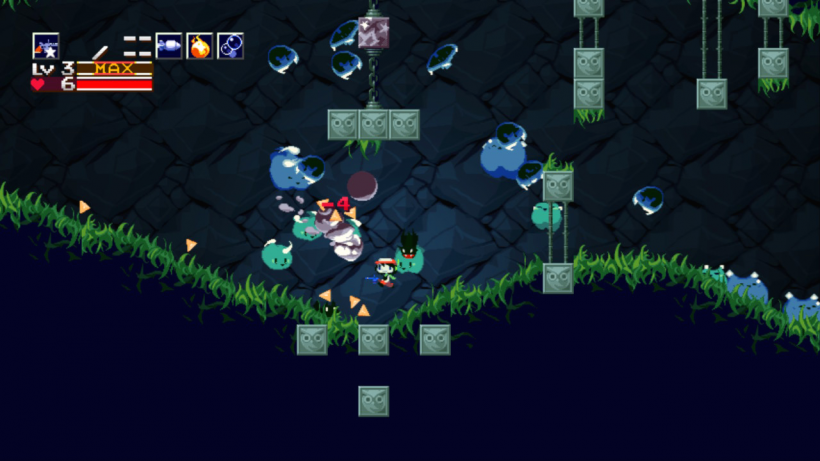 Last month we mentioned that Cave Story+ would be receiving a free update – allowing you to play the game with its original, classic graphics. Back then no specific date was revealed, but the patch has now been released for everyone to enjoy.

For those not in the know, the game focuses on a protagonist who wakes up in a cave to find a journey ahead of him in a world full of exploration and platforming goodness. It has been released a fair few times over the years – including releases on the Wii, DS, and 3DS, as well as on PC and PSP.

Over time, developer Nicalis has been tweaking away, attempting to perfect the game as much as they can. Naturally, this involved some graphical changes – and (also naturally) some people preferred the game in its original state. Thus, the classic graphics patch was born.

Thanks to Direct-Feed Games on YouTube, we can see a video that shows the classic graphics and the newer ones running side by side. The differences are relatively minor, but you can see them for yourself below.

This newly released classic graphics option isn’t the only update planned for the game either, as Nicalis have already said that a local co-op mode is on its way sometime “late summer.” We’ll keep an eye out for that one and let you know when we’ve got something more solid. 😉

Want to know why you should be checking this game out for yourself? Read our man Jhonatan’s review to find out. Otherwise, grab that patch!