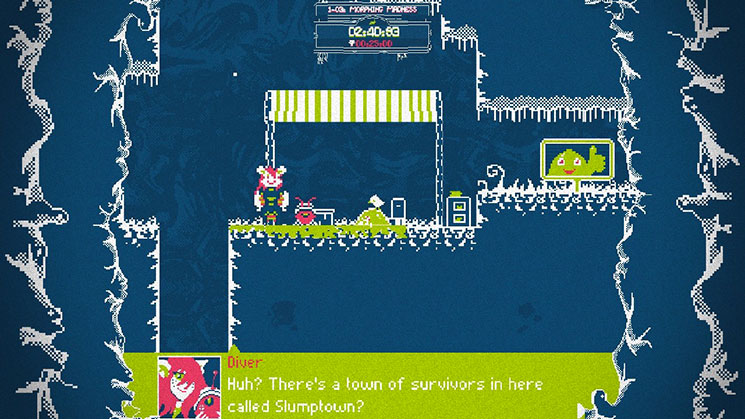 Slime-san started life as a title on Steam before its very recent release on Nintendo Switch, and PC owners were treated to a DLC expansion called ‘Blackbird’s Kraken.’ We can now confirm that Nintendo Switch owners will be getting the same love too.

An indie platformer in which you control a ball of green slime – jumping and sliming your way through the levels on offer, Slime-san is a unique little title. A fan of this uniqueness recently reached out the developer of the title on Twitter, asking if we will also be seeing the Blackbird’s Kraken DLC on Switch. Thankfully a response was given in the tweet below.

Absolutely! Free patch in the future. And that's GREAT, glad you enjoy it! 🙂

It is worth noting that Fabraz described it as a “free patch,” meaning that this DLC should arrive as a free update (rather than a paid extra). If that sounds like something enticing, you’re not alone there – and curious fans can check out a previously released trailer for Blackbird’s Kraken below.

The release of this content for the Switch version of the game is great news for fans, especially with a promise of even more content coming to the title soon. Have you been enjoying Slime-san on Nintendo Switch? Let us know!