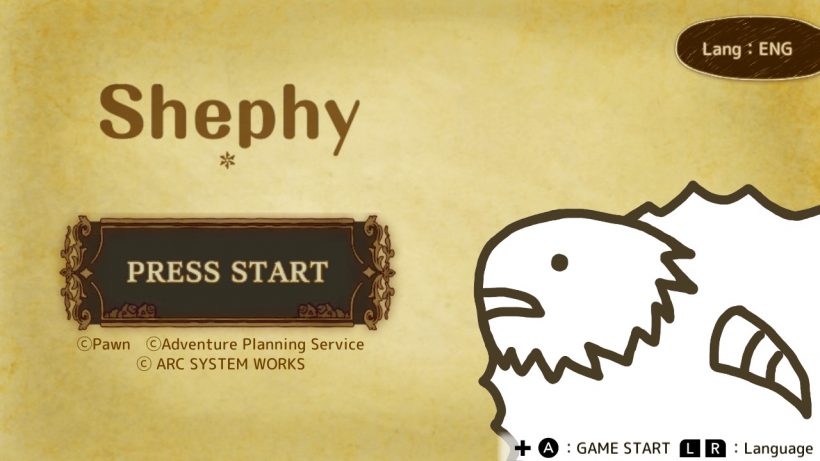 When I reviewed New Frontier Days: Founding Pioneers, I wanted to make clear that it was an enjoyable town-building simulation game – despite its overall lack of quality. Arc System Works’ newest game Shephy isn’t much different. It is another likable little experience, built in a not so pleasant box. This time though, it’s their take on the single-player card game genre.

At a glance, Shephy’s premise is as simple as it is buffoon-y. You start each match with a single sheep, and it is your objective to use the event cards on your hand to make them multiply – ultimately searching for that 1000 sheep count. You lose on two distinct conditions; the first being if all of your sheep die, and the second being if the enemy sheep count gets to 1000. All the complexity that Shephy has comes from the fact that your deck is consists of both positive and negative event cards. In order to progress through the match, you must use every single card, as only then will your deck will be replenished. It is very unlikely – if not impossible – to win the match with a single go through your deck, so it is very important to know how and when to use the bad effect cards.

Despite having a competent tutorial, Shephy is quite overwhelming at the start. It takes trial and error until the player starts to learn the effect of each card, and getting to know your deck is crucial to increase your chances of victory. The game compensates for that first difficult spike with its simple and straightforward controls. With the analogue sticks you move between the cards on your hand, and you select them with A. At any time, you can press the R shoulder button to preview the highlighted card – giving a full description of its effect. If you are playing on handheld mode, you also have the option of using the touchscreen to play, which is a nice little addition. 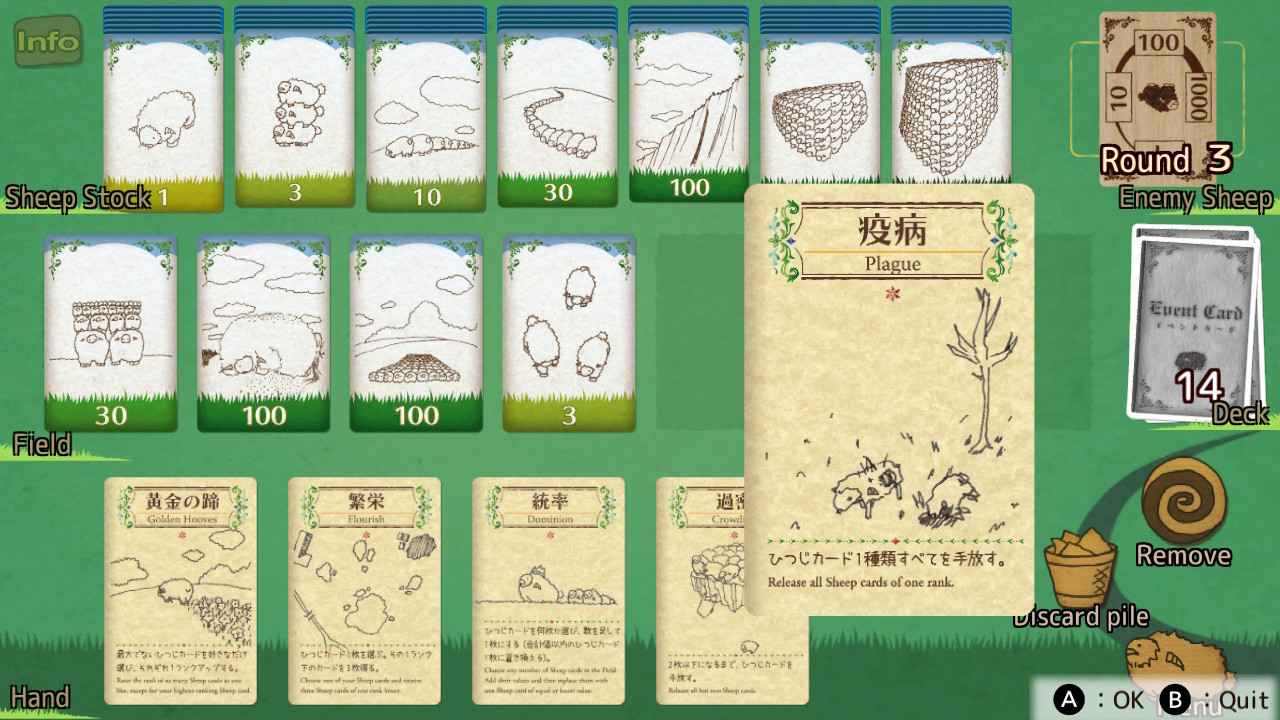 When it comes to content, Shephy offers four distinct modes. The first of them is Basic Mode, which allows you to play the game with the standard decks and rules. Challenge Mode removes the 1000 sheep count cap, allowing you to use all the three reshuffles to get the highest score possible. Practice Mode on the other hand, removes the penalties of the main game; becoming the testing ground for you to learn the full match course.

Oddly enough, the story mode here is called Post Loves, and it is the most interesting of them all. It starts with a manga-style presentation that goes off on surprisingly deep and poetic paths. The goofy story line is somewhat fun due to the fact that it takes itself too seriously, and because the fate of the stranding dimensional sheep are in your (cards) hands. It adds some variety to the gameplay too, as each chapter of the story has its own unique twist on the card game’s rules.`

Unfortunately, Shephy is short in content. The story mode isn’t that long, and the gameplay becomes pretty repetitive once you have learned the entirety of your deck. As mentioned before, it also falls short in the presentation department. The card illustrations follow a simplistic sketchy manga style, and the menus aren’t too pleasant to look at. On top of that (and for the worst) it’s soundtrack is monotonous, repetitive, and likely to make you want to play with the game muted.

If you’re fond of card games though, it may be worth a try. There aren’t many on Switch, and the launch price ($4.99) is quite palatable. If you’re not, then this one simply might not be for you.

Shephy is a goofy, short, single-player card game that is quite entertaining for its genre. It doesn’t stand out graphically nor musically, but may be a cheap option to spend your time with.