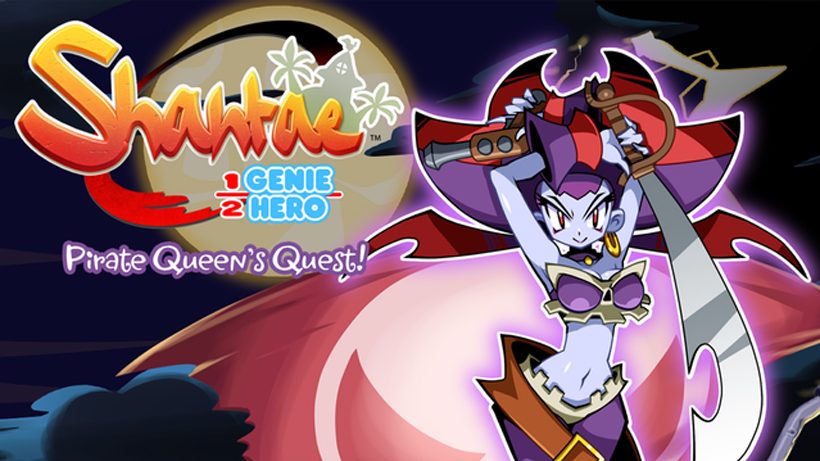 Since its release on Nintendo Switch in June – and last year on other consoles – Shantae: Half-Genie Hero fans have been patiently waiting for promised DLC add-ons. Developer WayForward have now revealed that the Risky Boots DLC (a whole new campaign for the game) is complete, and has already been submitted to Nintendo. Not long now folks!

For those who may have missed it, Shantae: Half-Genie Hero is a platformer in which the titular character uses her hair as a whip to attack enemies. As you progress through the game, Shantae can acquire dances – allowing her to transform into various forms, each with their own abilities. WayForward – the developer behind games such as Ducktales Remastered, Adventure Time and Contra 4 – funded the game through a very successful Kickstarter campaign, raising $776,084 to make the game come to life.

The Risky Boots DLC, entitled “Pirate Queen’s Quest,” follows Risky Boots as she pillages Sequin Land with a scimitar and pistol in her arsenal. It will become available as premium DLC, but – as previously promised – will be available for free to backers who pledged on a high enough tier. WayForward have stated that codes will be distributed to backers before the general release, which is a nice little “thank-you” to those who supported the title early on.

That’s not all though! Another promised bit of DLC – the Tinkerbat Dance – is apparently going to be distributed to qualifying backers some time this week. This DLC is a new form for Shantae, allowing her to transform into a Tinkerbat to slice foes, and double-jump using the Tinker-Copter.

So, with a “huge addition” coming to the game in the form of the Risky Boots DLC, and a new form to tide us over until then, Shantae: Half-Genie Hero looks to be getting even better very soon. On top of that, there’s also the Color Swaps + Drifter Blade DLC and Friends Mode DLC in the works – so lots still on the way.

Have you enjoyed the game on Nintendo Switch? Let us know your thoughts!