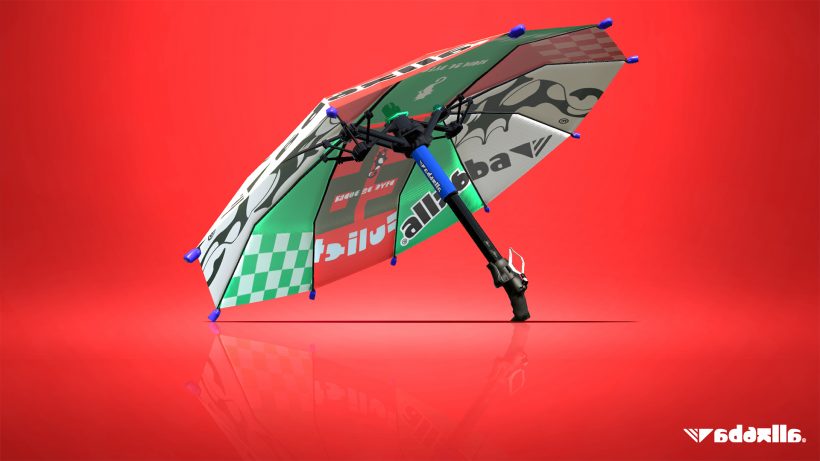 As seems to be tradition at the moment, the weekend has brought with it a new update for Splatoon 2 – providing us with yet another new weapon to be used across all multiplayer modes. This time around, it’s the Splat Brella.

The Splat Brella is a completely new weapon type, and is therefore one that many players will no doubt be eager to try out against their online opponents. Here is a tweet from the official Japanese account for the game – both announcing the update, and showing off some lovely new images of it in action for you to look over.

If you’ve been playing through the single player mode in the game, you may have come across the Hero Brella; a weapon that is identical in many ways to the Splat Brella. By repeatedly pressing [ZR], Brellas allow you to shoot bursts of ink at your opponent, but what really makes this weapon stand out from the crowd is its other functions. You can hold [ZR] to open the umbrella, which acts as a shield, blocking any attacks coming your way. If  you continue to hold the button in for a couple of seconds, the umbrella will launch itself forwards, hitting anything in its path and creating a lovely path of your ink for quick, easy travel.

If recent trends are anything to go by, we’d expect the weapon to arrive in-game in the early hours of the morning (12th August) in Europe, meaning an early/late evening release (11th August) in North America.