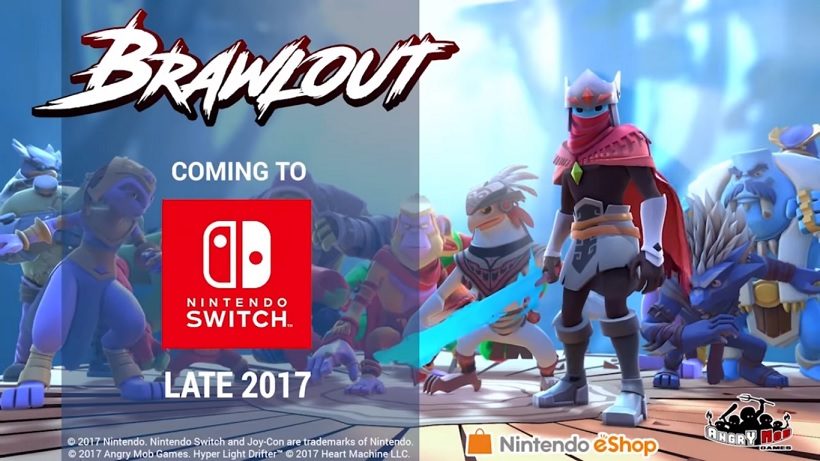 Looking to walk the balance beam between competitive and party, Brawlout looks to offer something for everyone. That said, it employs no shields or blocks – focusing on the fast-paced combat style that makes platform fighters so fun. Each character in the game has their own unique play style, and whatever your preference there’s a fighter to cater to it.

Employing wavedashing and airdodging, Brawlout also takes it a step further; adding a Rage Meter which builds up as you both deal and take damage in battle. Once full enough, you can unleash Rage Burst to shatter combos at the cost of half a meter, or enter Rage Mode with a full meter to increase the amount of knockback dealt to your opponents (and minimize that dealt to you).

Looking to the game’s modes, there are four player local multiplayer options – with timed, stock, or team battles available. AI opponents are also available for assignment (if you’re looking to fill out a team or practice), and beyond local there are also many options for online multiplayer. Free-For-All style casual matches, a ranked match system (complete with regional leaderboards), and 2-4 player private lobbies await.

There’s lots of options in Brawlout. Care to check some of them out in action?

Brawlout is headed to the Nintendo Switch sometime later this year.

Will you be picking it up and punching it out?