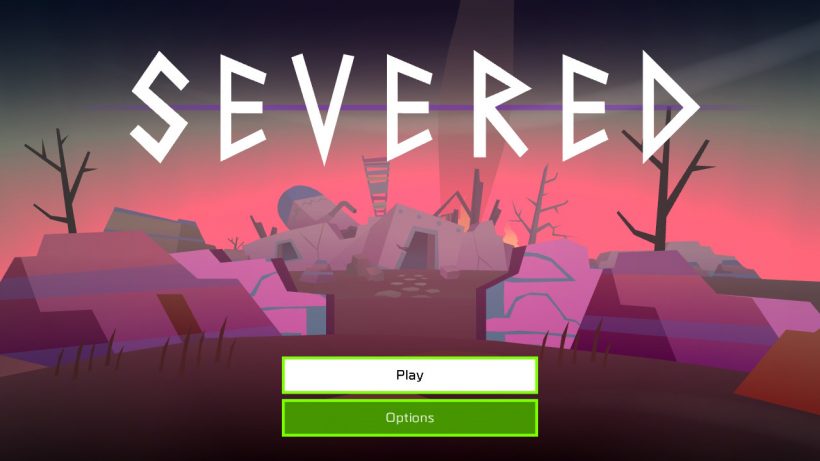 The game starts with our handy protagonist Sasha, coming to her as she wakes up in a both familiar and also somewhat foreign place; a twisted version of her home. Death greets her soon after, and tells her of her parents’ existence in this world. He also gives her a sword to take on her journey, for she is the only one who can get them back. From there, you’ll start by learning the various mechanics of the game via a flash back to that family you’ve lost. Soon, you’ll move around a bit in dungeon crawler style, you’ll encounter your first enemy, and you’ll enter the hub of the game – the Wilds. From this hub it’s then on to your first of three areas, and the search for the first of your family members truly begins.

As you search the many areas before you, you’ll encounter little lights that block your way. These are representations of enemies, and coming into contact with them will trigger a battle. Many different enemies will reveal themselves along the way, and they all have different qualities. Some get more dangerous the longer they’re not being hit, while others attack quickly and at random. Some are vulnerable to any kind of swipe attack, and yet others require precision swipes and extra steps. The range of enemies you’ll encounter is fair enough to keep things interesting, and each has its own strategy you’ll need to master in order to put it down. 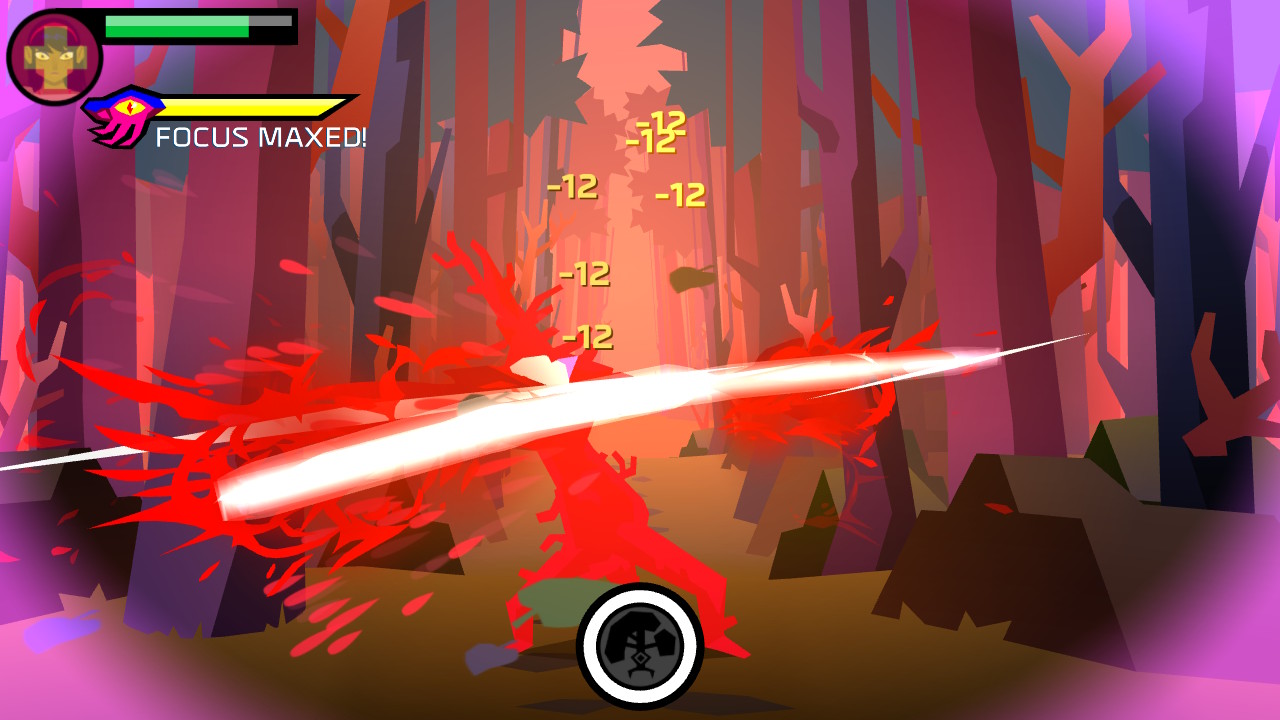 The same can be said for the puzzles as well – which vary from using an amulet to switch between night and day in order to unlock specific paths, to finding the quickest route through a set of timed (and crank-opened) doors. There are special areas where you need to complete a specific task given to you by a book in order to receive a special item, and walls you can use special abilities on to reveal hidden areas. There are even initially intangible hidden bits you’ll have to go back for in order to receive; evoking a very Metroidvania style nod from the developer that also created Guacamelee. It’s fantastic in its inception, and holds up very well in action as well.

The systems which test you aren’t the only systems in the game though; you can also nab yourself some creature parts from pottery, or acquire them via the straight up severing of limbs from creatures – enabling you to upgrade your warrior’s abilities in a skill tree. Specific severed parts can be used to “buy” upgrades like higher critical percentages, or more damage on your finger-guided sword swipes. You can also unlock the ability to make parts with the giblet collectible (much more common and versatile than specific parts), and even upgrade most of the special abilities you acquire during the game. Choosing what to upgrade and when is an important part of gameplay, and building your warrior to your play style (at least initially) can make things much easier.

Furthermore, gameplay also revolves somewhat around heart and brain parts that you can find along the way – allowing you to upgrade your health and mana respectively. As for restoring the health and mana you already have unlocked, finding and consuming fruit can offer a return of health, and monster fruit (sometimes dropped by enemies) can restore both.

While playing the game and maneuvering all these systems alone would be fun enough to hook you, Severed also offers an amazing view. The visuals provided throughout are very much vibrant, and incredibly sharp on the Nintendo Switch’s screen. The environment and the beings on the screen pop, coming to life with a very high level of polish. There are many bits in the game that will distract from the adventure, and it’s in some of these areas that you’ll be awed the most. Even somewhere that doesn’t offer active gameplay can be so engaging thanks to the detail they’ve put into their work, and it really helps you to feel like you’ve been pulled into their gory little world.

The audio component (like the visual one) is very atmospheric and sharp. The caws of the crows, the texture of a turning wheel lifting a gate, and even the wind (or a waterfall) will paint the world with a rather lonely realism that’s hard to ignore. Every moment in Severed is like a walk in the creepiest jungle, only a few steps from hell. Every swipe is a separation of the air around you, and every block is a shock back into fervor. It all feels so intimately yours to experience, and the sound is there to back it up. 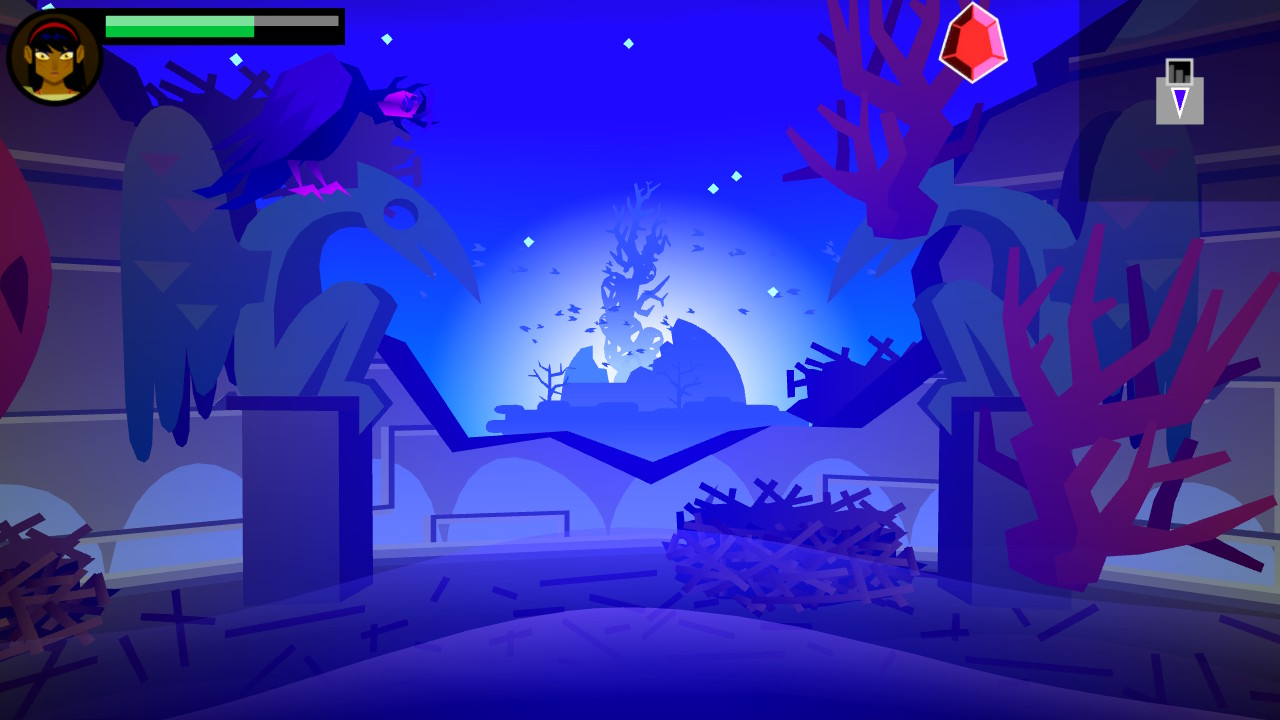 Enforcing that “yours” factor is how the exact outcome of the control scheme is based on the performance of the user’s touch-based interaction – meaning those who grasp their limitations are going to go further. With the game being nearly all touch, and offering only movement with the directional buttons, most of the results will come from how quick or thorough you are with your right hand. This reliance on your own skill can be a little awkward to get used to at first, but just like the firm left-handed grip you’ll need to have on your Switch while playing; where there’s a will, there’s a way. You’ll soon be swiping and reacting like a pro, and your time with Severed will fly by.

Speaking of which, my time with Severed – both my initial contact on Vita, and this revisit on Switch – has been thoroughly enjoyable and exceptional in almost every way. While I would love it if they incorporated more of a reason to go back and play it (aside from simply completing the in-game achievements), there simply isn’t one unless you played it your first time through on casual difficulty. I’ve also found previously that most of the title’s replay value tends to be consumed simply by seeing the true ending, and (being that the content hasn’t changed for this Switch port) that’s a bit of a shame.

With that simple omission as just about the worst I can say about Severed, I’d like to reiterate that the game is otherwise fantastic. The look, feel, gameplay, and premise here are all very well put together, and if you’re experiencing Drinkbox’s title for the first time you’ll certainly find it unforgettable. You might not want to replay it, but I’m sure that even once through Sasha’s adventure will be more than worth the price of entry.

Severed has hit the Nintendo Switch, and it’s just as good as it was the very first time it released. A touch-based game which runs in handheld mode only, this title has a rather unique take on gameplay mechanics, art, story, and more. It very much deserves to be played by the masses, and if you haven’t played it elsewhere then you should definitely pick it up.