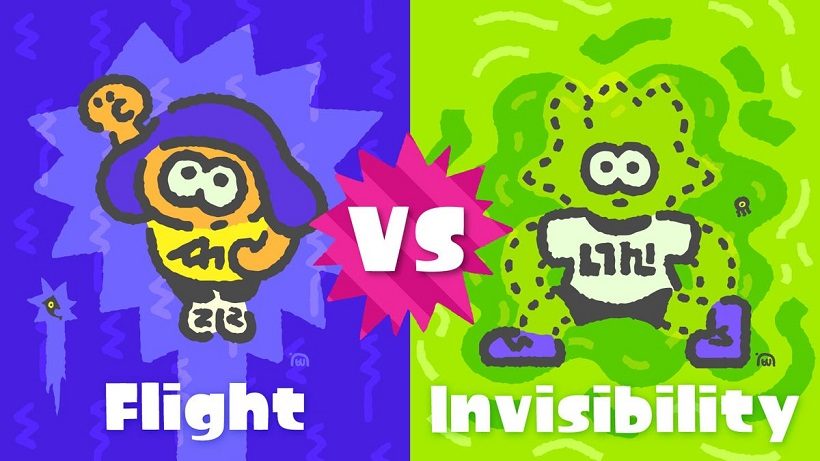 Splatoon 2‘s next Splatfest has a power-related theme, and asks which of two super powers you’d like to have.

While the Mayo vs Ketchup debacle went off with a rather disappointing (to me) result of Mayo for the win, I’m rather excited for the possibility to fight once again for my team (and play some more Shifty Station). Splatoon 2 Splatfest #3 – the second Splatfest since the game actually launched – asks simply; flight or invisibility?

You’ve got about a week and a half to decide, as it’ll run from September 1st to 2nd (at least in North America). As for exact times, we’ll be back just prior to the Splatfest going live to fill you in.