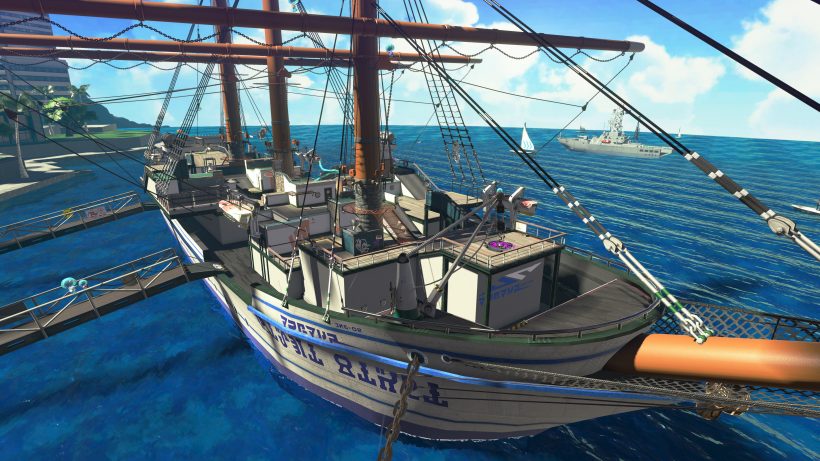 Phew, who doesn’t love a ridiculously long news article title(!?) Yes, thanks to an update from the Squid Research Lab, we have learnt that Splatoon 2 will soon be receiving a new battle stage, a new playable stage in Salmon Run, and also a brand new special weapon.

Nintendo have been firing news at us from every direction as the Gamescom celebrations take place, and for fans of everyone’s favourite squid kid shooter the news has been particularly exciting. First up, the new battle stage ‘Manta Maria’ will be available across all competitive online modes such as Turf War and Ranked Battles. The stage is one of the coolest looking areas to date, with all of the action taking place on the deck of a ship.

You can get a look at the new stage, as well as Salmon Run’s new stage ‘Last Outpost’ and the new special weapon – the Bubble Blower – in this video below, tweeted by Nintendo of Europe;

Manta Maria, a new Turf War & Ranked Battle stage is coming to #Splatoon2 on 26/08!
Salmon Run fans should have a watch too… #NintendoGC pic.twitter.com/X53Hql9lw0

As you can see, the Bubble Blower is a particularly interesting special weapon; no other options are quite the same. It fires three large bubbles that can be used for both attacking and defending, although opponents can pop them by shooting them with their own ink.

‘Manta Maria’ is coming to Turf War and Ranked Battles on the 26th August, the ‘Bubble Blower’ will be available as part of the Forge Splattershot Pro weapon on 2nd September, whilst the new Salmon Run stage ‘Last Outpost’ is coming even sooner – available both locally and online from August 23rd after a new update.

Splatoon 2 is getting bigger and better with every new update and we couldn’t be more pleased. Are you still enjoying the action? Let us know!