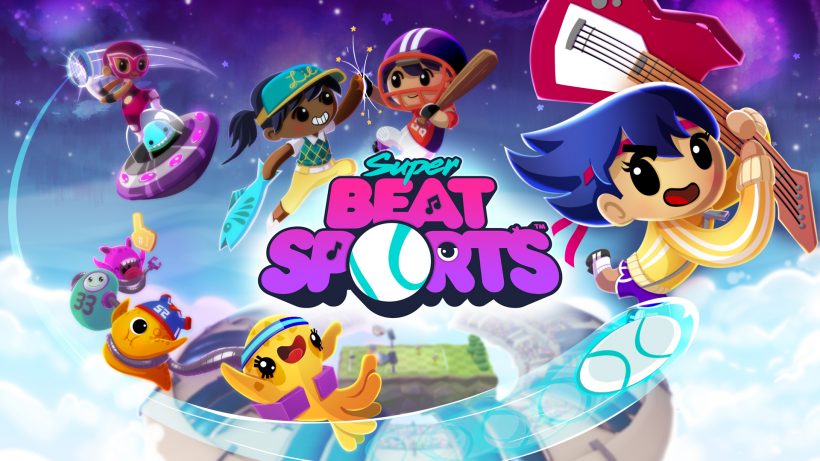 Harmonix have released details on an upcoming game that will be exclusive to the Nintendo Switch entitled Super Beat Sports.

Perhaps best known for the Rock Band franchise, as well as creating the first two games in the Guitar Hero series, Harmonix have proven themselves to be masters of the rhythm action genre. Their new offering, Super Beat Sports, is hoping to please musical game fans too with a series of sports-based mini games with a twist.

According to the blog revealing the game, aliens have descended upon our planet and desperately want to try out our sports (as you would). They recreate our sports with a musical twist and suddenly, five new games are born: ‘Whacky Bat’, ‘Buddy Ball’, ‘Rhythm Racket’, ‘Net Ball’, and ‘Gobble Golf’.

Featuring a variety of solo, co-operative multiplayer, and competitive multiplayer experiences, these game modes see you work your way through tiers of levels, earning medals and unlocking gear. With each tier you’ll find new challenges and new catchy music to play along to.

The game will work in both docked, and undocked modes as you might expect, allowing players to grab a Joy-Con each and play anywhere. The game is slated for a release in “early Fall”, so it looks like Super Beat Sports could be just around the corner! Is this the sort of game that takes your fancy? Let us know!