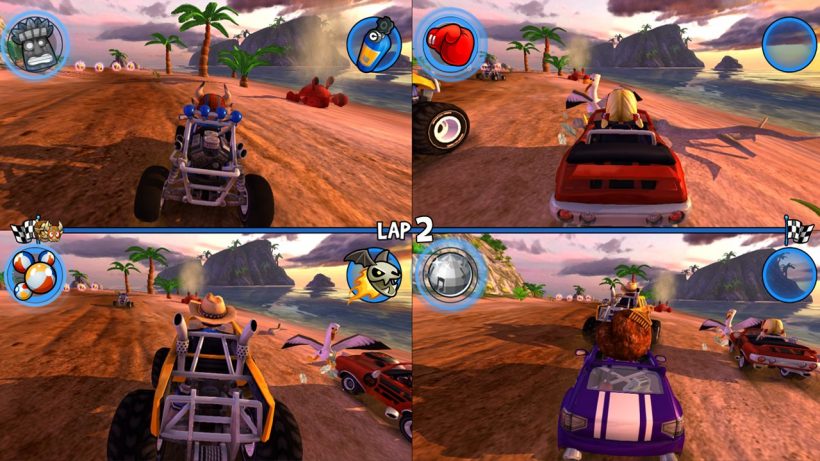 Races onto the e-shop this week

The Switch already has a few racers in its library, and this week it will gain another in the form of Beach Buggy Racing. Developed by Vector Unit, it’s an action-packed racer filled with all sorts of mayhem. You’ll face off against other unique drivers with their own distinct personalities and special abilities.

You will be able to build up a collection of crazy powers, such as “Dodgeball Frenzy”, “Fireball” and “Oil Slick” as you unlock a wide variety of vehicles. Whether you want dune buggies, monster trucks or something else, you’ll be able to test your skills over six different game modes with 15 3D tracks and engage in some serious tropical road-rage!

Beach Buggy Racing has been remastered for the Switch, and it says here that it supports local multiplayer, single players modes and runs at a “silky-smooth” 60 FPS.

Launching on the shop this week for $9.99 (other regions TBC) you’ll be able to play with up to four of your friends on the Switch!

Are you on the look-out for another local multiplayer title? Let us know in the comments if you plan on picking up Beach Buggy Racing!

*Images from Vector Unit’s website and not likely to be Switch build screens.