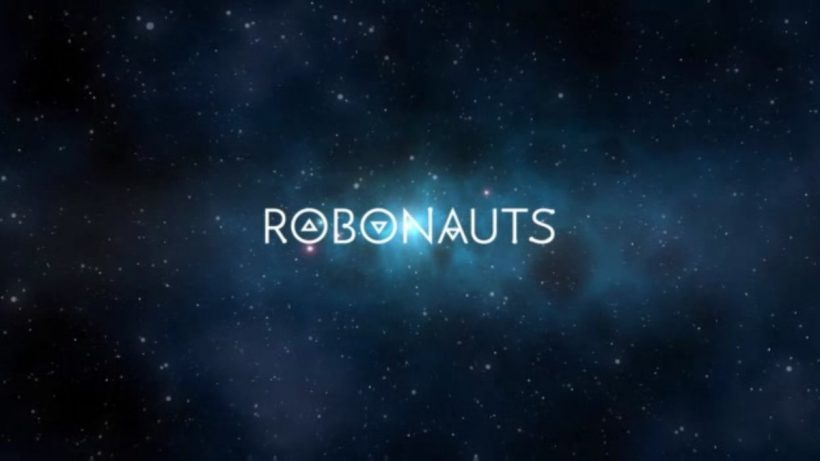 To anyone looking for a tough-as-nails arcade-esque shooter with a bit of pseudo-platforming action, the Switch could have the game for you. Robonauts combines the genres by blending hordes of alien enemies with a terrain that needs a steady jump button finger if you’re going to make it to the end.

To quickly summarise the plot, a small cleaning robot on a spaceship stumbles across a room filled with weaponised suits, and shoots off to explore a distant planet. Once there, swarms of alien lifeforms bear down. It’s worth noting that this, all explained in a quick cutscene when you first boot up the game, bears no resemblance whatsoever to the visuals offered by the gameplay. It gives the impression of an expansive 3D exploration-type game, but Robonauts couldn’t be more two-dimensional.

Robonauts makes use of the planet-jumping mechanics that we saw in the brilliant Wii Super Mario Galaxy Series, although whereas Mario was planet-hopping in a full three-dimensional environment, in Robonauts you traverse each planet’s circumference only, and can only leave your planet’s orbit if you’re directly under an adjacent planet. This is a feature which isn’t used seamlessly, however. Sometimes, clusters of planets are so close together that when you hit the jump button, you can sail to a planet you didn’t want to, and often end up right in the crossfire of another bullet storm. It’s hard enough to dodge bullets when there’s so many enemies on the screen as it is – the planets should have been spaced out better to avoid the risk of this happening. The camera rotates 180 degrees each time you execute a planet jump, and this can be disorientating, as can simply going the full circumference of a planet.

The game takes place across twelve levels, which may not seem much, but the difficulty can really put you to the test.  Each level sets you with a different goal spread across a number of planets; these can include obliterating every enemy on the map before being allowed to progress and destroying generators to lower shields from drilling machines. Things get complicated with the infinitely Metroid-esque spawning nests, each a different colour and style to symbolise the alien that hatches from them, which must be destroyed to stop enemies coming back. The music is more electro than Metroid, though, but the visuals are crisp, if a little undetailed.

More interesting level concepts include guiding a robot through a set path as it shuts down generators while under heavy fire from enemies, and a level which is more of a labyrinth, where you need to spend less time worrying about enemy fire and more time looking for switches which turn off deadly laser beams which impede your progress. These are both good fun, and offer a welcome relief from just blasting everything in sight.

Ammo is unlimited for your two base weapons (operated using the two shoulder buttons), but you can pick up powerups which have a set amount of ammo. Problem is, the accuracy leaves a lot to be desired, and due to the sheer swathes of enemies that come at you at nearly all times, there’s not a lot of time for you to be able to line up some shots with a projectile. As a hark back to the arcade shooters of old, most who play Robonauts will find themselves tapping the trigger button repeatedly to fire, but simply holding the button down will do the trick. That’s one to bear in mind for anyone, like me, who starts to get aches in their fingers after a prolonged period of playing the game.

Enemies all have different attack habits. The first and easiest to defeat look like spiky birds, and only take one or two blasts to be done with. A mosquito-like monster makes lunges at you from above and can really be a pain when you’re negotiating other enemies at the same time, and they can mount up, too, to a point where they become overbearing. Next-hardest are crab-type things, who seem to absorb countless shots before they eventually succumb. Another crab-thing fires two beams in different directions, and is usually positioned to stop you from jumping between planets. Lastly, some lion/tiger thing can cause you serious damage with attack bursts if you get too close, and prove particularly tricky on levels where you need to eliminate their nests.

And it is tough as nails, especially levels 8 and 10. It’s so easy to pick a course throughout the map (pressing + or – brings up the map for you to see which objectives you’ve yet to reach), but then continue to make the same mistakes over and over. On some levels it’s possible to plot multiple different courses, and this can be done tactically, getting the tougher enemies out of the way first or vice versa. But only the most patient and dedicated will be making it through to the last few levels after the sheer difficulty of 8 and 10.

You could argue it’s too difficult, to be fair. It’s unforgiving, sure, and weapon range is too short for the most part, but Nintendo needs these tough games for the hardcore fans. It’s the sort of satisfaction on completing a level that we saw in Wii U and 3DS release Angry Video Game Nerd Adventures – it’ll have you cursing it for hours, but that one successful run will give committed players a kick.  There’s even a hard mode for the more sadistic players among you.

There’s a local co-op mode, which of course makes the stress of all the enemies a little more manageable, and you can also play against another player locally,  with modes based around competing to amass the most points, rather than just shooting each other. An in-game achievements list gives a little longevity, but just completing the twelve levels is satisfying enough.

Under its early bird sale price, Robonauts is one that you should pick up. The developers should consider retaining its initial price point as it looks to stand out in a sea of quality Switch indie titles hitting the system at the moment, but if you do want that hard-hitting, swear-inducing arcade shooter that just about everyone loves, you’d be doing yourself a favour in checking Robonauts out.